A Mass Effect Andromeda leak appeared a few hours ago on Reddit. Take it with a grain of salt; while the moderators of the Mass Effect subreddit have verified the source's proof, the source also requested them not to share the proof, supposedly in an effort to diminish the likelihood that the leak source will be identified by Bioware/Electronic Arts. 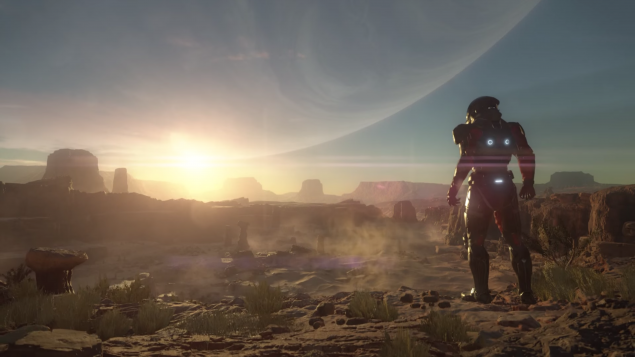 Mass Effect Andromeda is the first new entry in the Mass Effect universe after the original trilogy concluded. As the name suggests, it will take place in the Andromeda galaxy (the closest to our Milky Way) and chronologically long after the events of the previous trilogy; the main character (whose name might have been leaked in the latest trailer, by the way) will be a human male or female, and Bioware's Aaryn Flynn explained this choice in a tweet recently.

@Gavin_J_Porter @macwalterslives Good question. The story is very much a human one, and we wanted to focus on that so it's relatable

The game, called the best and largest Mass Effect ever by Bioware's Alistair McNally, will be powered by Frostbite engine. Given its planned Holiday 2016 release date, it's extremely likely that it will require DirectX 12 compatible hardware - DICE's Johan Andersson wished as much, at least.

Given the stunning E3 2015 announcement trailer (which we have embedded below), rendered with the Frostbite engine as a visual target for the final version of Mass Effect Andromeda, a DX12 min spec seems appropriate to reach that kind of graphics.

As for the information leak, we'll probably discover the truth about it at E3 2016, when Mass Effect Andromeda will undoubtedly be revealed in detail.