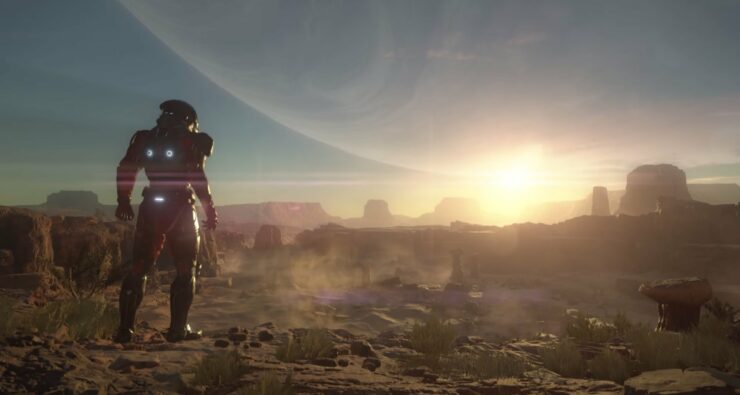 In the past few weeks, Mass Effect Andromeda creative director Mac Walters has been rather active on Twitter, answering fans' questions regarding the highly anticipated role-playing game launching next year on PC and console, and in the past few hours, he revealed some more interesting details.

A few hours ago, Mac Walters has been asked by a fan on Twitter if Mass Effect Andromeda will feature cities and hubs like the Omega and the Citadel. Walters confirmed that similar cities and cultural hubs will be in, so players should expect plenty of locations that will deeply mark the game's world.

Actually, I can say. Yes. We'll have Andromeda versions of those types of cultural hubs. https://t.co/jeLkDJkuxs

Walters also touched upon the Ryder family dynamics, which will play a big part in Mass Effect Andromeda. The creative director loves the Ryder family arc, noting how it's both unique and familiar at the same time.

Personally, I love the Ryder family story arc (that's a thing in MEA). It's unique. And at same time... familiar (pun intended). https://t.co/Ixwkb4YF4g

Additionally, Walters confirmed that the Kett won't be the only new race players will meet in Mass Effect Andromeda.

Fears! Be quelled!! The kett are not alone in Andromeda. https://t.co/53GIvJKuD6

In a recent interview, Mac Walters talked about the team's vision for Mass Effect Andromeda, noting how, while story and plot are important, it's characters that people love the most.

To me, what I started to realize during the course of the Mass Effect trilogy was, yes the story is important and the plot is important, but it’s the characters that people love. It’s the characters that people remember and they have to be caught up in something special and interesting, but that’s really where it needs to start. That’s actually, I think, where a lot of the team’s confidence came from – we know how to make amazing characters. That’s also where a lot of the freedom came from – we were like, okay, if we were to populate Mass Effect Andromeda with characters what would they look like?

Mass Effect Andromeda launches on a yet to be confirmed 2017 release date on PC, PlayStation 4 and Xbox One.