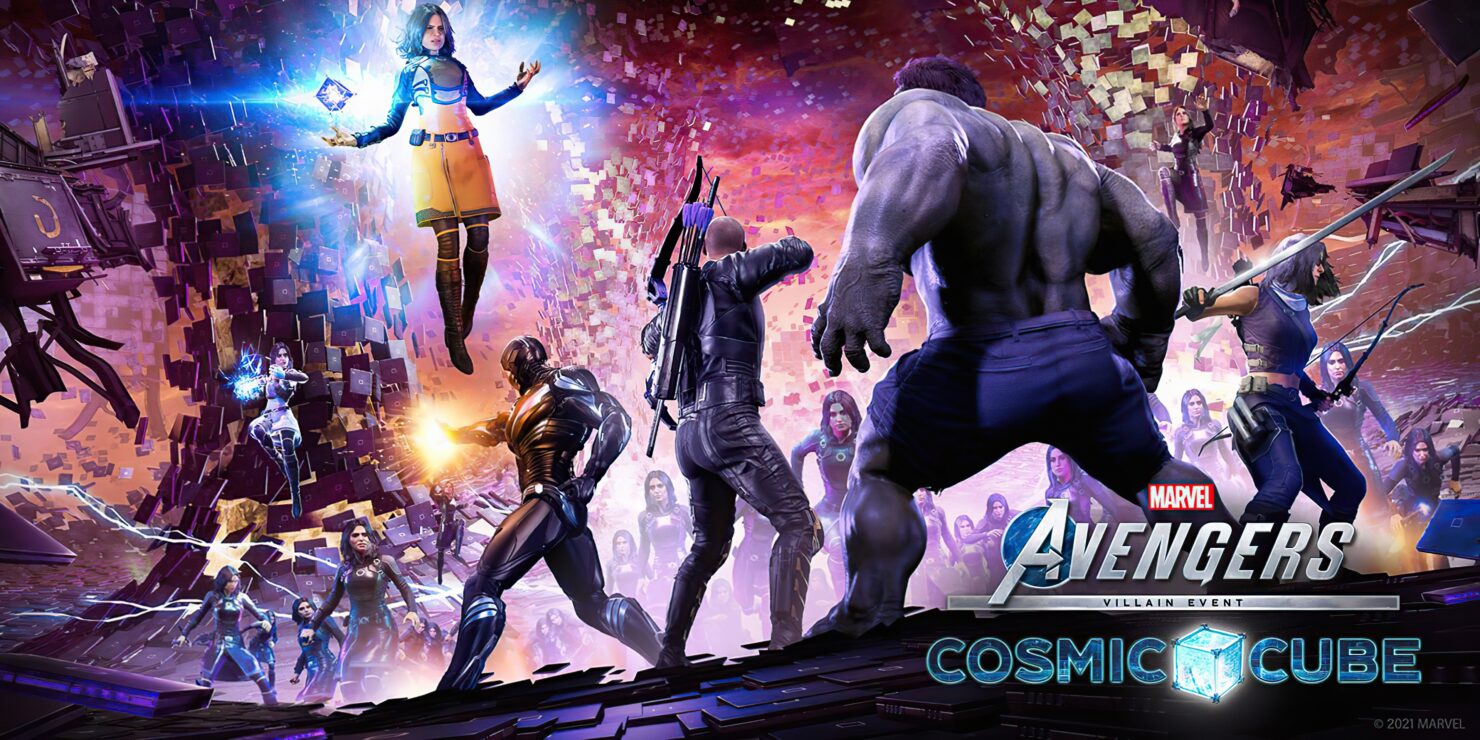 The Cosmic Cube event is now active in the game.

Crystal Dynamics revealed some changes to Marvel's Avengers roadmap yesterday. The developers have decided to postpone the release of Patrol Mode, which will now be released after the War for Wakanda expansion so that they might first release some new endgame content such as Omega-Level Threat: Family Reunion, and multiplayer Mega Hives. The ability to play as multiple of the same Hero is also going to be part of this update due next month.

We wanted to focus on end-game content before the War for Wakanda Expansion released, which meant getting the first OLT and multiplayer Mega Hives in July. In addition, we wanted to get Omega-Level Threat: Family Reunion out sooner rather than later because that same team will be part of the team that is working on the Power Level increase coming later this year, and the OLT had to come first. The War for Wakanda Expansion is unaffected and is still slated to release in August.

Finally, we’re altering the section that was titled “Additional Content & Features” to say “In Development” as these items are actively being worked on, but will come after War for Wakanda. Patrol Mode has been moved to this area to reflect this.

Omega-Level Threat: Family Reunion will be our toughest Marvel's Avengers content to date when it releases in July, which culminates in a chaotic fight against the Super-Adaptoid – this time, with astonishing new abilities. Multiplayer Mega Hives will also see an increase in difficulty, but will take less time to complete due to cutting the number of Heroic Gauntlets required in half (from 8 to 4).

Finally, due to your feedback, we’re permanently turning on the ability to play multiple of the same Hero during matchmaking and when forming Strike Teams. Tachyon energy in the world has reached a level where Hero selection is always similar to the Tachyon Anomaly Event. We’ll have more information about these features later in July!

A new roadmap will be provided in the next month or two. As a reminder, the War for Wakanda expansion will hit Marvel's Avengers in August.