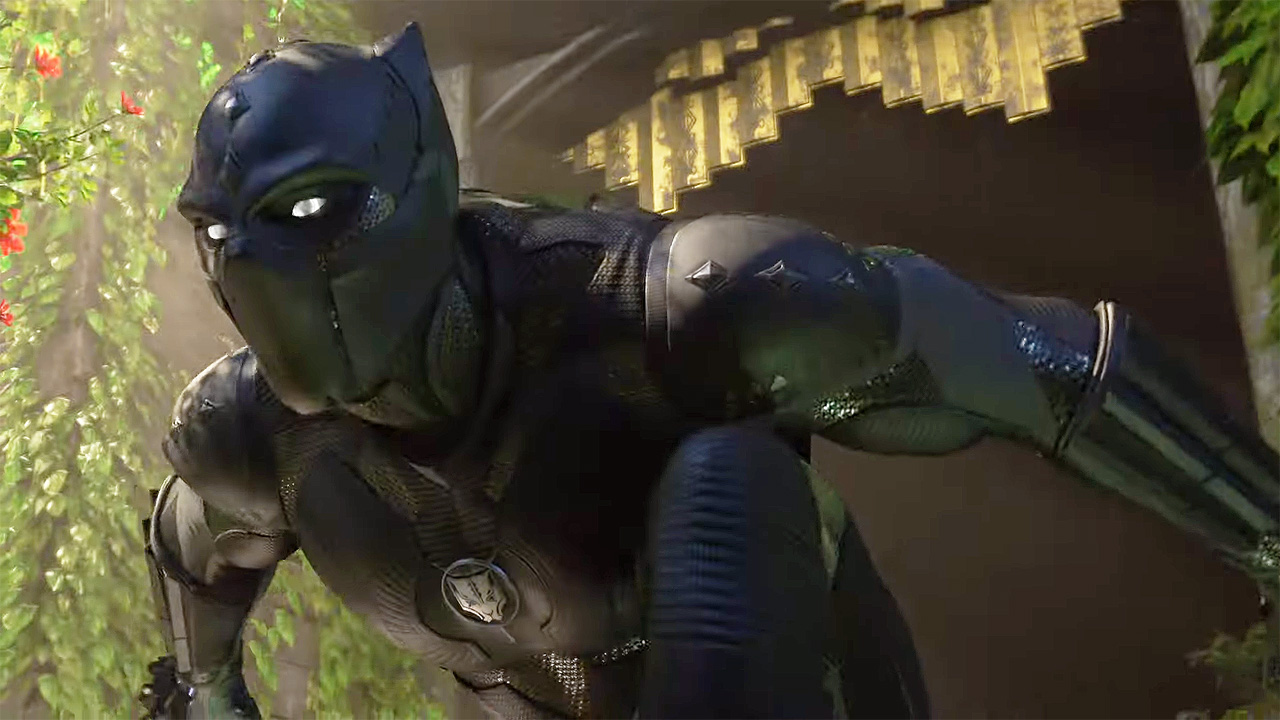 Today’s a big day for Marvel’s Avengers – Square Enix and Crystal Dynamics have not only released the game’s big 1.5 update, which includes Hawkeye and those long-promised next-gen console upgrades, but they’ve also revealed a first look at Black Panther and their 2021 roadmap. Let’s start with the most exciting news first – here’s your first peek at Black Panther.

Crystal Dynamics plans six content updates for Marvel’s Avengers in 2021, although we’ll mostly be seeing slightly smaller-scale events throughout the middle portion of the year. Players will have to wait until the War for Wakanda later in the year to get Black Panther and new major story content. Crystal Dynamics have also confirmed the PlayStation-exclusive Spider-Man update is still on the way, but that it won't arrive until after Black Panther. You can check out the full 2021 roadmap below (click the image for full resolution).

Finally, let’s focus on the here and now. As mentioned, Marvel’s Avengers ver. 1.5 includes next-gen console updates, and the downloads are pretty massive – 74 GB on PS5 and 106 GB on Xbox Series X. You can check out a quick teaser trailer for the next-gen update, below.

Here’s everything included in the Marvel’s Avengers 1.5.0 update:

One of the most iconic archers is here! We first met Clint Barton as Hawkeye in Kate Bishop’s Operation, Taking AIM, where she brought him back from the brink of a huge AIM conspiracy involving the manipulation of time itself. As Kate Bishop’s mentor and close friend, Clint and Kate have similarities in their skillset due to being mentor and protégé, but nevertheless, they are two different fighters, each with their own style. You must unlock Hawkeye in the Future Imperfect Operation in order to play him in the Avengers Initiative. Hawkeye is available at no additional cost!

Hawkeye’s story takes us to a possible future where all hope is lost. With the help of the rest of the Avengers - and his canine pal, Lucky - Clint must discover the exact whereabouts of Nick Fury and prevent the incoming Kree invasion. Traverse the new Wastelands environment, fight against Maestro – a twisted Hulk with Banner’s intelligence – and pet Lucky aboard the helicarrier in Operation Future Imperfect.

Players who own the PlayStation 4 or Xbox One version of the game will be able to upgrade to the full next-gen version at no additional cost. Featuring updated visuals, improved destruction and Heroic detail, significantly faster load times, cross-generational play and more.

This long-awaited feature is finally here. The Campaign Replay allows you to replay the entire Reassemble Campaign from the beginning. While your data tracking campaign progress will be reverted, you will not lose any player progression like XP, character progress, and collectibles obtained up until this point. In the Operations Picker, go to the Reassemble Campaign, and select Reset Campaign Progress to start from the very beginning at A-Day. We can’t wait to see what Photo Mode shots come out of your replays!

Many members of the Community have expressed the desire to tailor the HARM room for a personal Super Hero training experience, so we have now introduced customizable HARM Rooms with this patch! Accessible via the War Table, players can tailor their HARM Room experience for their needs. After a short tutorial, hop in and see what havoc you can unleash. Available on all platforms!

Appearing in various places, the Cargo Runner Synthoid is a new enemy who carries items and will try to run away from any sign of danger. If you manage to chase it down and destroy it, it’ll drop its cargo, which contains resources – and perhaps more.  Keep your eyes open for these new types of enemies.

New with this patch is a free item you can grab from the Marketplace for a limited time before 3/24! Stretch those arms and get Ms. Marvel’s Night Galaxy Outfit before it disappears into the stars. Tell your friends and Strike Team members!

Marvel’s Avengers is available now on PC, Xbox One, Xbox Series X/S, PS4, and PS5. The 1.5 update is available to download now.