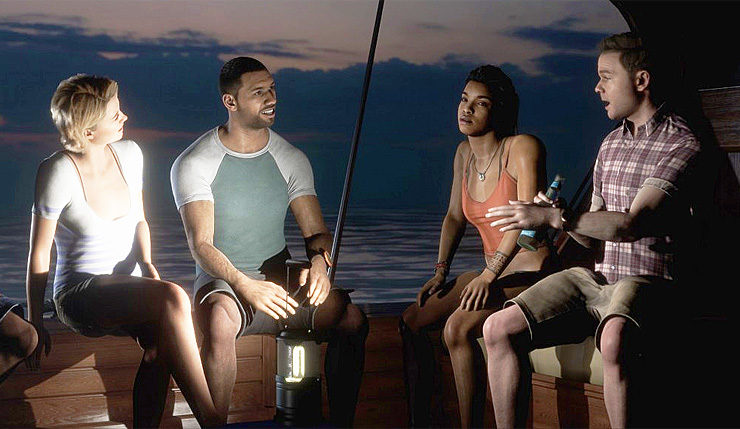 Until now, Supermassive Games’ The Dark Pictures: Man of Medan has looked to be like a pretty-straightforward spiritual successor to their cult hit Until Dawn. That’s certainly what the game felt like when I went hands-on with it at E3 2019. More pretty graphics and pretty people, charmingly-cheesy slasher movie writing, and tough decisions. Well, it seems Supermassive also have something new up their sleeves – multiplayer. Shared Story mode will let two players team up online, and Movie Night mode which lets up to five people play locally. You can check out a Man of Medan multiplayer trailer, below.

Here’s a deeper description of the new multiplayer modes:

I was already impressed by Man of Medan (Wccftech crowned it our best adventure game of E3), but these multiplayer modes are what the game really needed to set it apart from Until Dawn. I’m even more excited to get my hands on the full game now.

The Dark Pictures: Man of Medan creeps onto PC, Xbox One, and PS4 on August 30.