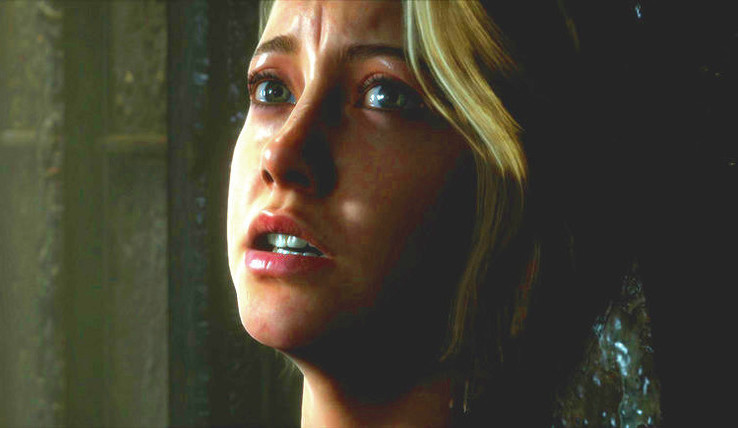 Developer Supermassive Games have been in a rather privileged position these past few years. While there’s certainly an audience for the kind of story-driven horror adventure games the studio specializes in, it’s a relatively niche one. Usually a game like 2015’s Until Dawn wouldn’t get a big triple-A budget, but as an exclusive PlayStation developer, that’s exactly what Supermassive got. Well, Supermassive’s exclusive arrangement comes to an end with The Dark Pictures: Man of Medan, the first entry in a proposed anthology of horror games very much in the same vein as Until Dawn. Man of Medan is published by Bandai Namco and and coming to all major platforms (sans Switch), which is exciting for those who don’t have a PS4! But can Supermassive replicate their past successes without that cushy Sony support?

For those who haven’t been keeping up with Man of Medan, the game stars four sexy co-eds, Julia, Alex, Conrad, and Brad, and their equally-comely skipper, Fliss. They’re out to have some drunken fun on the high seas, and maybe uncover a legendary World War II ship wreck while they’re at it. Unfortuantely, a band of ruthless pirates and some restless souls aboard the WWII ship ruin their good time. 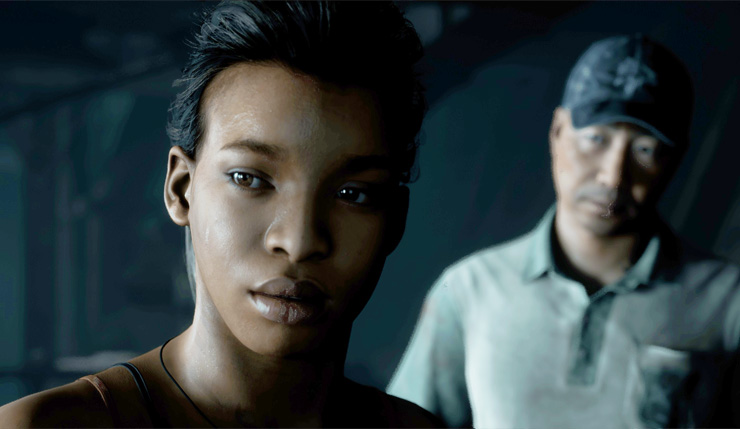 At E3 2019, I got the opportunity to try out a new Man of Medan demo, which takes the player though the entire initial encounter with the pirates. The demo does a good job of outlining the game’s characters and relationships – Alex and Brad are siblings, as are Julia and Conrad. Julia and Alex are a couple, and Brad seems a bit peevish about it, while Conrad (played by X-Men and Quantum Break’s Shawn Ashton) is your standard-issue obnoxious horndog. Fliss tries to play the authoritarian, but she appears to be the same age as everyone else, so nobody takes her as seriously as they should.

Yes, these are pretty much all slasher-movie archtypes, but that’s always been Supermassive’s MO. For all the care and craft they put into their games, they aren’t afraid to lay the cheese (and cheesecake) on thick. As mentioned, all of Man of Medan’s protagonists, men and women, are model pretty, and the game’s horror-on-a-boat setup means everyone’s pretty much constantly in a state of undress and very, uh, damp. The E3 demo begins with the pirate invaders waking our heroes from their sleep, which means everyone’s running around in their underwear for the duration. Totally shameless, but hey, it’s all part of the Supermassive charm. 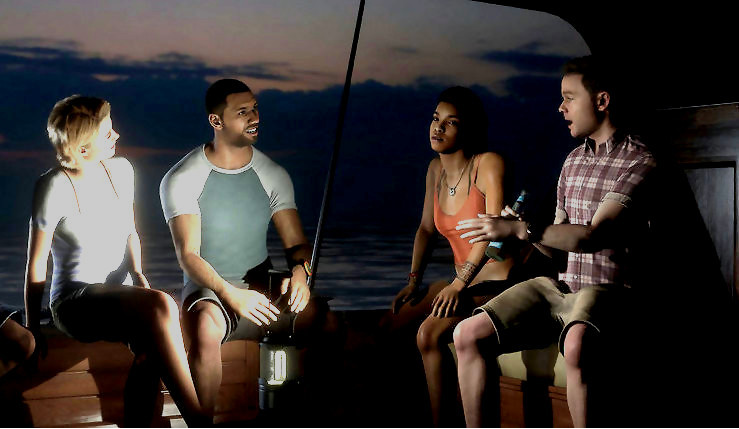 Man of Medan’s gameplay will be familiar to anyone who’s played Until Dawn. Plenty of decisions to be made, some life-or-death, some seemingly trivial, and out-of-nowhere quicktime challenges. The decisions are as gripping as ever – do you challenge the pirate invaders or avoid confrontation? Do you try to sneak your way to safety or grab a knife or take it to them? When you’re forced to call the coast guard to get info on an incoming storm, do you ask for help or stay quiet about the pirates? Somehow, I managed to get through the demo pretty much unscathered, but a Supermassive dev assured me things could have gone much worse, with the potential for lost body parts and lives.

Unfortuantely, the action sequences were a bit underwhelming. Until Dawn let players act out entire elaborate horror movie chase sequences, while the Man of Medan demo I played never offered up more than two or three quick button presses. Also, the entire demo I played was scripted – there was no opportunity to move around and explore on your own, it was all cutscenes, decisions, and timing challenges. The demo being shown on the E3 show floor (which has been available since last year’s Gamescom) did allow the player to walk around and examine things, but the experience is still very much on rails. No question, Man of Medan is a more narrow experience than Until Dawn, which wasn’t exactly an open-world epic itself. According to the dev I spoke to, Man of Medan will take around four or five hours to complete, but the game won’t be full price, and the heavy focus on player choice means it should fairly replayable.

While Supermassive may have narrowed their scope a bit with Man of Medan, they haven’t pulled back when it comes to presentation. This is a fantastic-looking game, featuring the cutting edge facial animation Supermassive is known for, and some fairly impressive lighting and water effects. These visuals really elevate a relatively boilerplate story – Supermassive’s latest drips with suspense, and despite my nitpicks, I was gripped throughout.

If you’re expecting Man of Medan to be a full-blooded successor to Until Dawn, you may be just a touch disappointed. That said, this high-seas horror is still worth your attention. While it’s fairly clear Medan will be a smaller, more restrained experience than some past Supermassive games, the studio’s mastery of tension and tech has managed to survive a budget slashing.

The Dark Pictures: Man of Medan creeps onto PC, Xbox One, and PS4 on August 30.