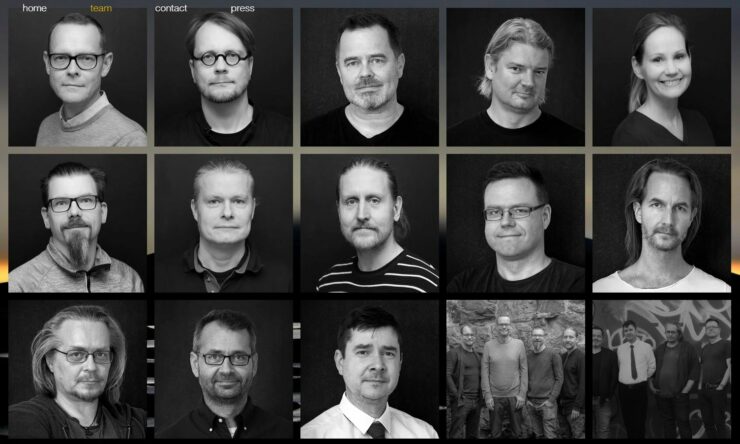 The founding team of Mainframe Industries

Mainframe Industries is a new 'pan-Nordic' game venture with studios in both Helsinki, Finland, and Reykjavik, Iceland. Founded by a small team of thirteen former CCP and Remedy developers, Mainframe will be working on the first entirely cloud-based open world social sandbox MMO. The goal is to allow the game to be played anywhere, be it PC, mobile, or even TV.

The creative and business opportunity that cloud gaming brings to social and immersive online games is unlike anything we’ve seen on the screens we play on today. We’re incredibly excited to announce our air bridge across the Nordics, having assembled a founding team with the AAA, MMO and mobile pedigree needed to build the game we’ve been preparing for our whole lives.

For Mainframe, the ability to deliver to all platforms a level of immersion and world simulation typically only seen in high-end PC games means that the visual gap between devices disappears as we move to the cloud. And we see tremendous potential in the expansive computing and storage capacity of the cloud. We can make bigger and better games with more complex physics simulation, AI, and character systems to deliver a fresh gaming experience unbounded by the constraints of individual platforms.

Mainframe Industries already has a solid backing thanks to a two-million seed round.

We are firm believers that the global gaming industry will once again be redefined as 5G will allow wireless gaming with low and consistent latency, benefitting gamers through improved discoverability, social enabling and variety of content. The Nordics have showcased their strength in games already before, and we find Mainframe’s exceptional, pan-Nordic team being uniquely positioned to seize this new opportunity.

We believe that cloud gaming has the potential to expand gaming to entirely new audiences globally. We are very excited to back the Mainframe team in their quest to revolutionize MMOs and we think that their unique founder DNA is perfectly placed to capture this opportunity.

What attracted me to join this adventure is the sheer passion of the team to truly push the known boundaries for games beyond anything we’ve seen before. Another revolution that I want to witness very closely with Mainframe is how the traditional user acquisition funnel will essentially be demolished by cloud streamed games, where any ad you see can be the actual game, ready to play right there and then.

It will obviously be a while before we hear anything concrete about the game from the developers, but we'll keep you apprised of any noteworthy updates.