Mad Catz Look at Stopgap to Avoid Threat of Delisting 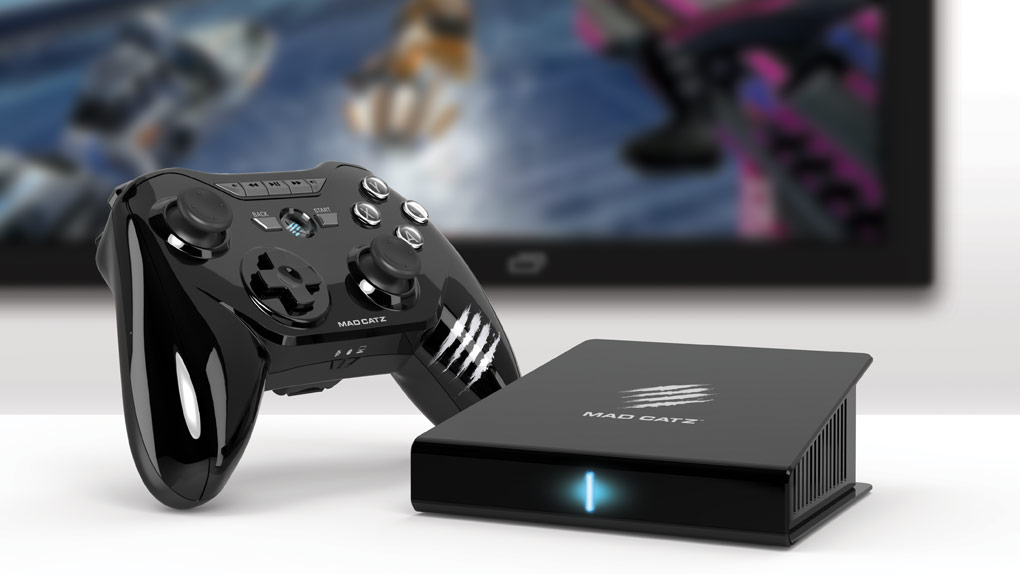 Last month the peripheral manufacturer Mad Catz (NYSEMKT:MCZ) were informed that they were under threat of being delisted from the New York Stock Exchange (NYSE). This news came when the company’s stock was trading at around $0.14 to $0.15. As of the writing of this post, the stock has hit a low of $0.08. The proposed strategy by the company is a reverse stock split.

During the earnings conference call shareholders had no qualms in raising concerns over this plan of action or the cause. One's questions was what brought about this threat of delisting. President and CEO Karen McGinnis indicated this was a prolonged period below $0.20 and that a marked improvement was required. It was indicated that an increase to $0.30-0.40 may be sufficient to meet the NYSE's requirements.

There is little doubt that a reverse stock split would raise the share price. However, due to the resulting fall following the letter from the NYSE and the proposed reverse stock split, shares are unlikely to raise to even that safer level now. Further doubts were placed on this route due to the company's underlying problems, which far overshadow the threat of delisting. 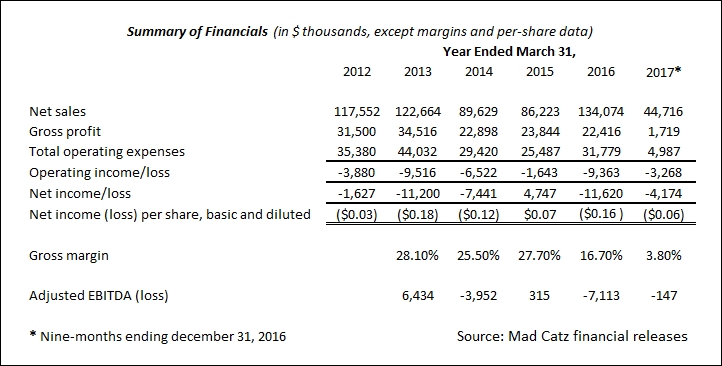 It's highly visible that Mad Catz have been in trouble for a number of years. Only one of the previous five years have been profitable. The 2017 financial year is also expected to be the third consecutive year of net losses. Compounding this is that it will likely have the lowest in net sales over the past six years. This was also indicated by Karen McGinnis' statement that Q4 is a seasonally low quarter and typically not profitable.

Rock Band 4 has been the company’s costliest mistake in recent years, though not the only one. While not the first publishing deal for the company, it was by far the largest. This year alone the company took $6 million in charges from retailers, adding onto last years $6.8 million of costs. Other significant losses in earlier years can also be explained due to other costly ventures. One example is the M.O.J.O micro console. This debuted at a prohibitively expensive £220/$250 to then be lowered to just £120/$150 a year and half later.

The Rock Band 4 losses directly led to a number of cost-cutting measures by the company. Stock of Rock Band 4 was sold off with part of this on extended payment terms, explaining the $2.5 million of Rock Band 4 stock still on assets. Furthermore, a restructuring expected to reduce the workforce by 37% ended up reducing staff from 225 to 111. In addition to this, to raise much-needed cash the company sold the Saitek range to Logitech (NASDAQ:LOGI) for $13 million. The concern following this is that "it didn’t correct everything, the biggest constraint is supply, and if you don’t have enough product to sell, it makes it really hard to generate profits."

Mad Catz (NYSEMKT:MCZ) are in a precarious position, that much is certain. Focusing on the threat of delisting is likely the least of the company's problems. The previous six financial years has seen the company post a net loss of $31.3 million. Large, costly, ventures have contributed to this, but the core lines have been unable to counter these losses. Even restructuring and the sale of what was a profitable division has only slightly aided the company.

A serious rethinking and refocusing is what would benefit the company the most. This looks to be taking shape with the launch of the new Tritton ARK audio products. These have already increase the Tritton range's market share, but are suffering from supply concerns. This inability to ship stop to retailers should be the core focus, with any solution that doesn't diminish returns or lower an already low margin.

Furthermore, avoiding future expensive, but risky ventures is paramount until the core business can sustain itself and the company can afford the potential losses. Particularly ones on a genre (Rhythm Game) that had been dropped five years prior due to diminishing sales. This is especially the case when both the developer they were partnering with, Harmonix, as well as one of the industry’s largest publishers (Guitar Hero by Activision Blizzard NASDAQ:ATVI) were the ones who had dropped out.

Despite misgivings, the increased market share of Mad Cats new products, particularly considering the limited quantities available to ship due to supply constraints, offers hope for the future. As it stands, the company would potentially be better attempting an agreement with creditors, potentially increasing available credit to then use on the supply of their more profitable ranges. The only other option beyond that would be to look for potential buyers. I personally can't see a stop-gap like a reverse stock split being anything more than that, temporary.