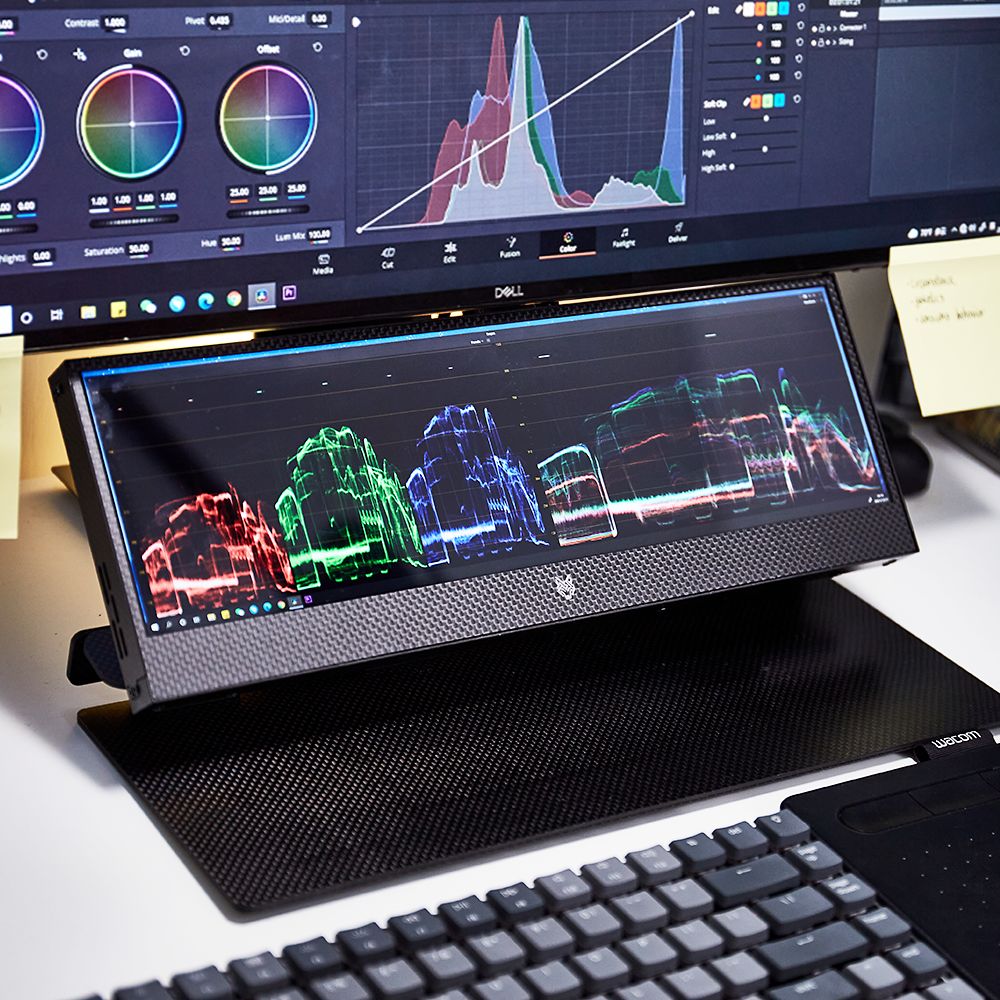 Startup company Lukos presents the Lukos Ultrawide 4K monitor, a portable display for those needing extra-large screen space while on the go.

Lukos, a new company with an innovative aesthetic, launches an original and oddly shaped portable display for gamers, graphic designers, and more. The new portable monitor is a 14-inch IPS monitor with a 4K resolution and a screen size of 3840×1100 px (32:9 aspect ratio). The Lukos Ultrawide 4K display delivers a 60Hz refresh rate and has up to 300 nits of brightness in its distinctive packaging. Lukos declares on their crowdfunding page that the display offers a 100% sRGB panel and 2ms response times.

The Lukos monitor supports between two and four multi-view features from four different source inputs. The specifications presented by the company on the Kickstarter page remarks a 3840×2160 resolution but does not state the viewing available expressly. It is unclear if the display offers four 1920 x 550 images at once or two 1920 x 1100 screen spaces.

The company has produced several advertisements on their Kickstarter that illustrate its gaming possibilities and show itself as a secondary display for ultra-wide content, such as stock information, screen compatible social media, or even creative control layouts. Unfortunately, the collection does not offer touch-screen functionality, which would make this quite a supreme package.

Lukos declares that the device will offer plenty of device compatibilities, such as support for personal computing, game consoles, smartphones, or various tablets. The display offers six different connectivity alternatives:

Lukos 4K Ultrawide monitor has built-in speakers and various buttons for on-screen menus and source input selections. The display has a USB Type-C connection and 12V power input for device connections. Lastly, the portable screen has a built-in fan and can rotate vertically and horizontally for different viewing angles. The company has made no word yet on the loudness of the internal fans and whether the user can deactivate them.

VideoCardz notes that cable management on the monitor seems impractical due to the cables attaching to the top of the display. Nevertheless, some DisplayPort and HDMI cables offer 90° support, which should add to less eyesore.

Right now, you can help support Lukos and their project for the "Early Bird" pricing of $419, or $479 once that particular funding is no longer available. Lukos even offers a bundle set of two displays for $758.

PLEASE NOTE: All crowdfunding opportunities available have varying risks, so we caution our readers to ensure that you feel comfortable supporting any campaign on Kickstarter, Indiegogo, or any other crowdsourcing platform.