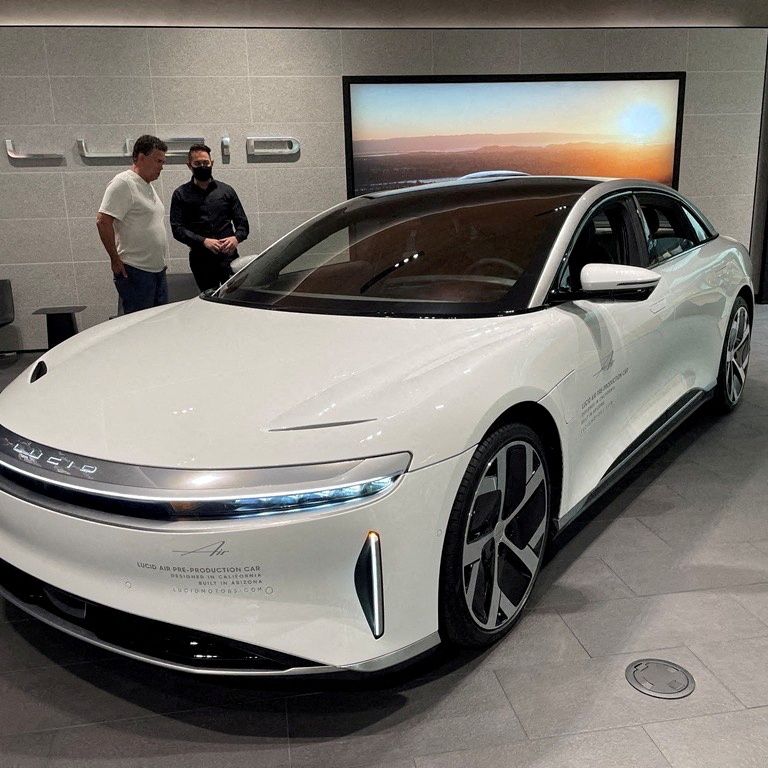 Lucid Group is progressing fairly smoothly toward its overall goal of achieving financial stability, with the company having recorded major milestones to this effect in recent weeks.

The first major breakthrough came back in February when Lucid Group leased a plot of land from Emaar EC – a Saudi joint-stock public company – in the King Abdullah Economic City's (KAEC) Industrial Valley. The 25-year lease agreement came at the cost of $30.26 million.

The next major milestone came in late April when Lucid Group managed to secure a massive order of up to 100,000 EVs from the government of Saudi Arabia. The order relates to the recently launched Air electric vehicle as well as future models that the company intends to launch in the next few years. Initial deliveries under this order are slated to commence in Q2 2023, with the delivery cadence expected to ramp up to between 4,000 and 7,000 vehicles annually starting in 2025.

This brings us to the crux of the matter. Lucid Group has now clarified that its Saudi facility will boast a manufacturing capacity of 155,000 units per year.

"[Lucid Group] today hosted a ceremonial signing event to mark the February 2022 agreements with the Ministry of Investment of Saudi Arabia ("MISA"), the Saudi Industrial Development Fund ("SIDF"), Emaar, The Economic City, at King Abdullah Economic City ("KAEC") and Gulf International Bank ("GIB") that sets the stage for the construction of AMP-2, a world-class Lucid production factory in Saudi Arabia with a capacity of 155,000 electric vehicles."

Bear in mind that Saudi Arabia is providing incentives of around $3.2 billion to Lucid Group over a 15-year period to establish this facility. The project will create 4,500 new jobs in the KAEC and supplements the Kingdom's Vision 2030 initiative. As a result of today's development, Lucid Group's cumulative manufacturing capacity is now expected to reach 500,000 units per annum by "mid-decade".

As a refresher, Lucid Group had delivered 125 units of the Air EV back in Q4 2021. The company recently reported deliveries of 360 units for Q1 2022 amid persistent supply chain bottlenecks. Nonetheless, the EV manufacturer remains confident of achieving its year-end goal of delivering between 12,000 and 14,000 EVs.

We had recently noted that the Saudi PIF maintained its gigantic stake in Lucid Group through Q1 2022 after the company's founder shares exited their lock-up period in January 2022. To wit, the sovereign wealth fund maintains a stake of over 1.015 billion Lucid Group shares, valued at over $25 billion as of the 31st of March 2022.