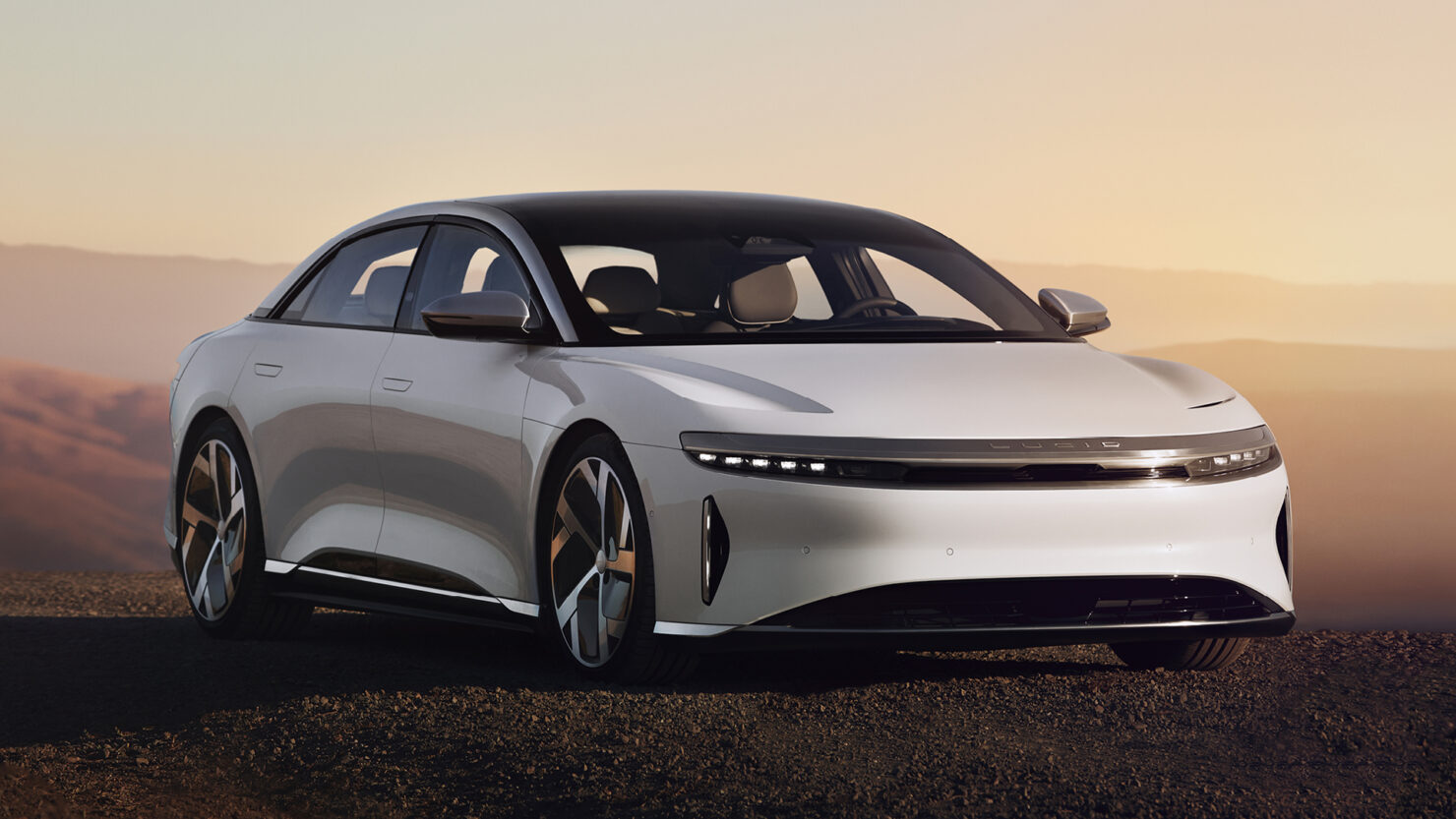 The past few months have not been kind to Lucid Group (NASDAQ:LCID) shareholders, with the stock registering a loss of nearly 60 percent so far this year. However, Saudi Arabia now appears to have come to the rescue of Lucid bulls with a gargantuan order for EVs.

#LucidMotors announces deal with Government of Saudi Arabia for purchase of up to 100,000 vehicles over a ten-year period. #DreamAheadhttps://t.co/xPt6Goad3D pic.twitter.com/aDKgUxDfIo

To wit, the government of Saudi Arabia has officially entered into a purchase agreement with Lucid Group for at least 50,000 vehicles over a 10-year period, with an option to purchase an additional 50,000 units over the same timeframe and bringing the entire quantum of order to a whopping 100,000 units.

Delving into the details, the order encompasses the already launched Lucid Air EV as well as other models that Lucid Group intends to launch in the years to come, including the Lucid Gravity SUV. Expounding on the cadence of order delivery, the company’s press statement noted:

Today’s development comes just a few weeks after Lucid Group had announced the performance edition of the Air Grand Touring, offering 1,050 horsepower, an EPA-estimated range of 446 miles, and an acceleration from 0 to 60 miles per hour in 2.6 seconds. With an MSRP of $179,000, this version of the Air EV is expected to hit the road in June 2022 in the US. Canadian deliveries are expected to commence in August.

Toward the end of February 2022, Lucid Group and Emaar, The Economic City (Emaar EC) – a public Saudi joint-stock company – had finalized a 25-year lease agreement at the cost of SAR 113.5 million or $30.26 million to establish a sprawling EV manufacturing and assembly facility on the Kingdom’s west coast by 2024.

Bear in mind that the Saudi PIF remains the largest shareholder of Lucid Group, with a stake of around 62 percent and corresponding to 1.015 billion shares.

Saudi Arabia’s vision 2030 aims to localize at least half of the 2019 vehicle import volume, creating a sizable opportunity for Lucid Group and other auto manufacturers in the process. In 2019, the Kingdom imported vehicles worth $12.5 billion. This means that by 2030, the Kingdom aims to produce at least $6.25 billion worth of cars locally. To do this, Saudi Arabia has been in talks with a number of major auto manufacturers around the world. The Kingdom aims to establish a vehicle manufacturing hub on its west coast, as per the reporting by Bloomberg.