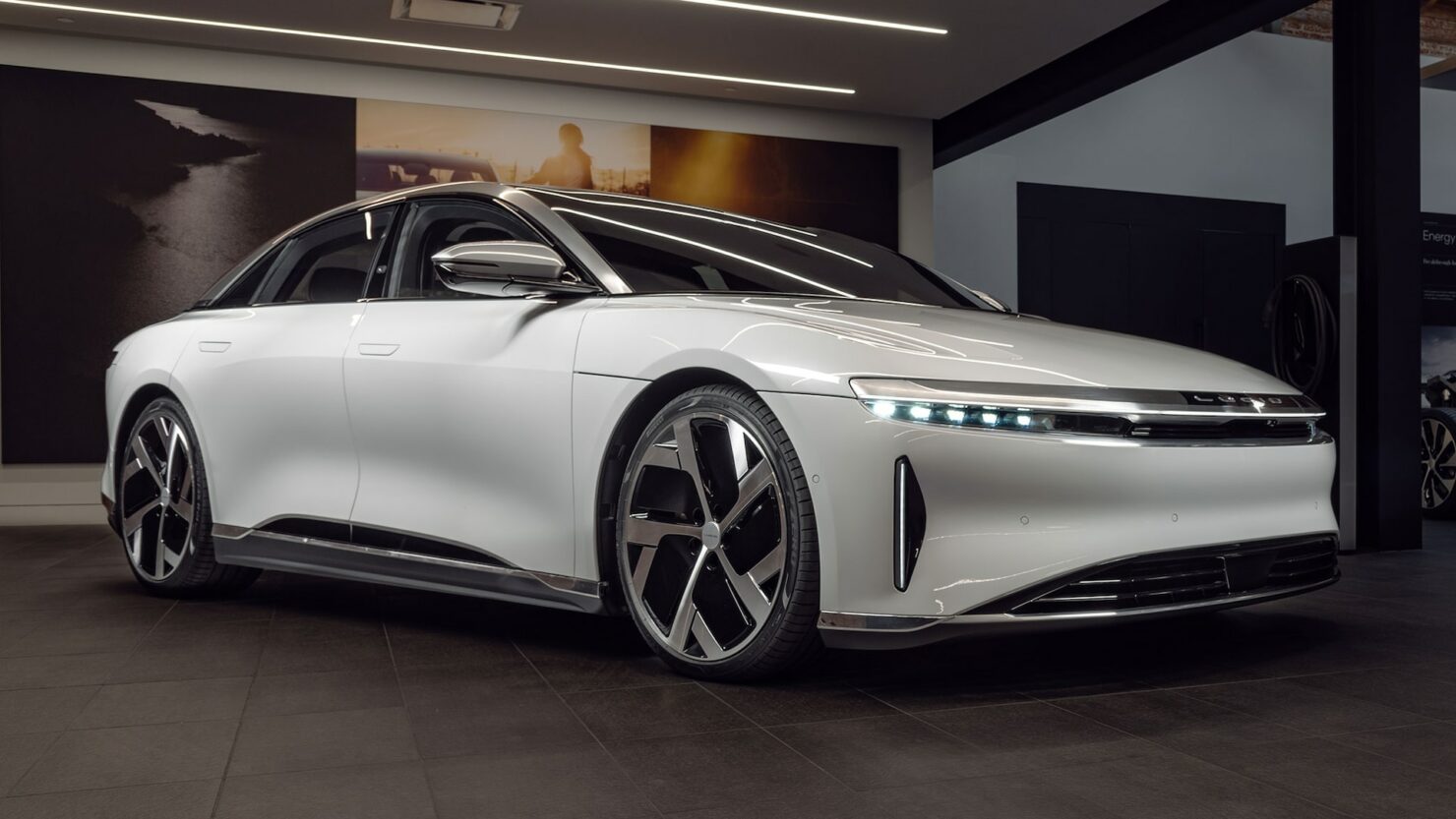 Lucid Group (NASDAQ:LCID), the manufacturer behind the Air electric vehicle, has now announced its first quarterly earnings for 2022.

For the three months that ended on the 31st of March 2022, Lucid Group has disclosed $57.7 million in revenue against consensus expectations of $55.56 million. This top-line metric is based on deliveries of 360 Air EVs during the pertinent quarter.

Bear in mind that Lucid Group had delivered 125 units of the Air EV in Q4 2021. Today’s announcement brings the company’s cumulative deliveries to 485 units, still shy of the company’s goal to deliver 520 units in 2021 alone.

On the positive side, Lucid Group remains confident that it will deliver between 12,000 and 14,000 vehicles in the entire 2022, despite ongoing supply chain constraints.

The company also recorded a loss from operations of $597.53 million.

The company maintains a cash balance of $5.4 billion. Moreover, the reservations for the Air EV now exceed 30,000 units, corresponding to potential revenue of over $2.9 billion.

Lucid Group also plans to hike the prices of its product offerings from the beginning of June. The company’s press release noted:

Bear in mind that these prices exclude the effect of the $7,500 US federal tax credit for EVs.

Lucid Group shares are essentially flat in after-hours trading right now after having tumbled nearly 7 percent in the regular session. Year to date, the stock is now down over 53 percent.

As we had noted in a dedicated post toward the end of April, the government of Saudi Arabia has officially entered into a purchase agreement with Lucid Group for at least 50,000 vehicles over a 10-year period, with an option to purchase an additional 50,000 units over the same timeframe and bringing the entire quantum of order to a whopping 100,000 units. The order relates to the Air EV as well as future models that the company intends to launch in the next few years. Initial deliveries under this order are slated to commence in Q2 2023, with this delivery cadence ramping up to between 4,000 and 7,000 vehicles annually starting in 2025.

Toward the end of February 2022, Lucid Group and Emaar, The Economic City (Emaar EC) – a public Saudi joint-stock company – had finalized a 25-year lease agreement at the cost of SAR 113.5 million or $30.26 million to establish a sprawling EV manufacturing and assembly facility on the Kingdom’s west coast by 2024.

Readers should note that the Saudi PIF remains the largest shareholder of Lucid Group.