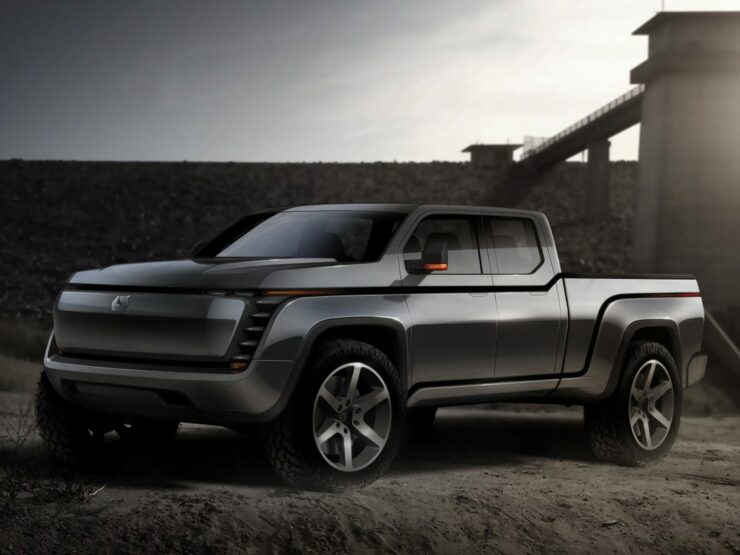 Shares of Ohio-based electric vehicle manufacturer Lordstown rose by 16% at noon today as the company announced that it had received more than 100,000 reservations for its all-electric pickup truck, the Lordstown Endurance. The orders are for commercial fleets of the vehicle, with Lordstown stating that the average order size stood at roughly 600 vehicles per fleet. Lordstown is one of the few upstarts in the electric vehicle sector that aim to target capitalize on the ongoing shift to alternative energy, and the company differs from its peers by regularly providing updates as they occur instead of simply revealing details quarterly.

Today's announcement comes after the company revealed in November that the Endurance had managed to rack up 50,000 pre-orders primarily from commercial customers. As opposed to private orders, such orders signal growing confidence in the industry about Lordstown's products and its ability to deliver a.k.a. effectively scale up and set up a manufacturing system, which Tesla chief Mr. Elon Musk is known to have described as being the toughest part of the electric vehicle revolution.

At this front, Lordstown intends to set up a 700,000 square foot manufacturing facility in Ohio, and it was testing Alpha 2 prototypes of the Endurance in November. Through these prototypes, the company intends to validate the vehicle's design before it can move to the final stages of mass production.

The company is a relatively new entrant on the NASDAQ stock market after having completed its merger with a Special Purpose Acquisition (SPAC) vehicle in October last year. Prior to the merger, Lordstown's SPAC, DiamondPeak, saw its shares rise in tandem with Workhorse Group, which is another electric vehicle manufacturer and who owns a 10% stake in the company.

Lordstown's shares were up by 19% this afternoon as it announced 100,000 preorders for its Endurance pickup truck. Image: NASDAQ

The Endurance is an all-wheel electric pickup truck, details of which were first shown off by Lordstown in 2019. Following this, the company revealed more design sketches of the vehicles in mid-2020 and showed off its design later on. Lordstown's design goal for the vehicle is for it to have 250 miles of range, with a towing weight of 7,500 pounds and a horsepower equivalent of 600hp.

In its press release, the company also shared progress on the manufacturing timeline for the Endurance, According to Lordstown, the Endurance is now in its Beta build stage, and more importantly, it is on track to commence production later this year in September. The initial vehicles will have a $45,000 price stage post-rebates and a crew cab configuration with a medium bed length.

Design-wise, the Endurance's batteries will be located in its floor, and its suspension will resemble traditional pickup trucks as opposed to their electric counterparts. It will also feature a motor in each wheel, resembling Tesla's Cybetruck and GMC's Hummer EV in once again differentiating itself from other electric pickups.

Naturally, even though it has received a significant number of orders (and as the average size/order increasing to 600/fleet from 500/fleet), Lordstown's biggest challenge will be in setting up adequate manufacturing facilities and ensuring that they operate without fault. The truck's suspension design looks to cater towards commercial use - which is Lordstown's aim as well.