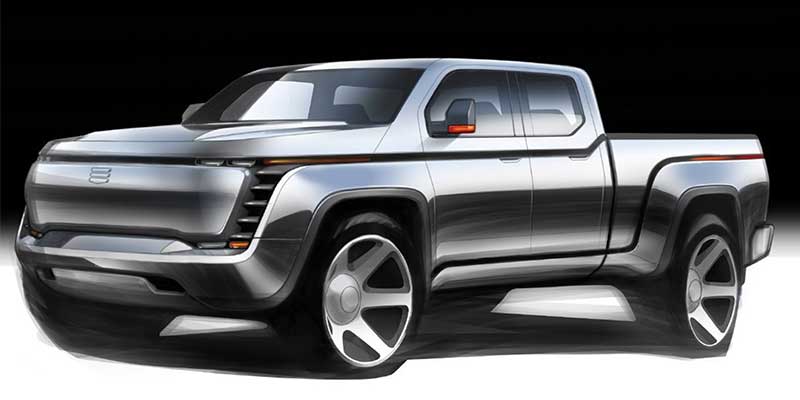 Lordstown Motors (NASDAQ:RIDE), a manufacturer of light-duty electric trucks, has finally debuted on the NASDAQ stock exchange following its merger with the Special Purpose Acquisition Company (SPAC), DiamondPeak, last week. Lordstown shares are currently up over 3 percent in the pre-market trading:

As we detailed in an earlier post, DiamondPeak’s shareholders approved the proposed business combination with Lordstown on Thursday, paving the way for the shares of the combined company to start trading on the stock exchange today. Of course, as a part of this merger, DiamondPeak issued 78,867,856 (78.868 million) Class A common shares to the existing stockholders and option holders of Lordstown. Moreover, the SPAC granted a further 50 million Class A common shares – at $10 per share – to its PIPE investors. These include General Motors (NYSE:GM), with a stake of between 4.5 percent and 5.4 percent of the combined company (depending upon the redemptions), Workhorse Group (NASDAQ:WKHS), with a stake of 9.99 percent in the combined company, as well as Blackrock, Fidelity, Deutsche Bank, UBS O’Connor LLC, etc. As a refresher, PIPE investors inject crucial liquidity into a company in return for shares that are issued at a substantial discount to the prevailing market price.

For the uninitiated, Lordstown was launched in 2019 by Steve Burns, the former CEO of Workhorse. The company aims to manufacture its Endurance electric pickup truck at a refurbished General Motors facility. The Endurance, carrying an MSRP of $52,500 before the application of $7,500 in tax credits, can tow a load of up to 7,500 pounds by utilizing motors attached to all four wheels of the vehicle. While production is expected to commence only in 2021, the Endurance truck already boasts of over 40,000 pre-orders. Moreover, Lordstown is aiming to increase the annual production capacity to 31,000 units by 2022. In order to distinguish itself from the offerings of its competitors, Lordstown noted in the prospectus (page 166):

“The Endurance will have a unique design with the use of electric in-wheel hub motors and a proprietary battery configuration. With this design, Lordstown believes that the Endurance will have among the fewest moving parts of any highway-capable production vehicle ever produced and will have a total cost of ownership that is significantly lower than comparable pickup trucks that are currently commercially available.”

The company went on to elaborate:

“Based on its estimated specifications, Lordstown expects the Endurance to have a 0-60 miles per hour acceleration time of 5.5 seconds, a towing capacity of 7,500 pounds, a curb weight of 4,200 pounds and a total gross vehicle weight of 7,300 pounds — making it competitive with comparable internal combustion engine vehicles. Lordstown believes it will be able to achieve a 5-star safety rating for the Endurance and has conducted software-based simulated crash testing that supports this belief.”

Of course, we postulated in an another post that Lordstown currently offers a greater short-term upside potential as compared to Workhorse. Specifically, we observed that the upward momentum in Workhorse shares has now become stalled as investors wait for the formal announcement of the lucrative multi-billion-dollar USPS contract partners. As a refresher, the USPS is expected to engage multiple companies in order to replace its aging fleet of delivery vehicles. The entire quantum of order is expected to include as many as 180,000 delivery vans. Even though Workhorse remains one of the leading contenders, the contract winners are yet to be announced. Moreover, in the event of a favorable outcome, Workhorse is expected to rely heavily on Lordstown’s logistics to fulfill its USPS contract obligations, paving the way for further stock gains.

Moreover, back in September, DiamondPeak and Lordstown Motors jointly hosted an Analyst Day event. The investor presentation, detailed in the Form DEFA14A filed with the U.S. SEC, was convincing enough to win Lordstown a resounding endorsement from Roth Capital. According to Craig Irwin, an analyst at Roth Capital, Lordstown's team "shared a compelling business plan that we believe supports credibility for the commercial outlook". For the analyst, positives included the lower price of the Endurance electric pickup truck and the operational readiness of the manufacturing plant acquired from General Motors.