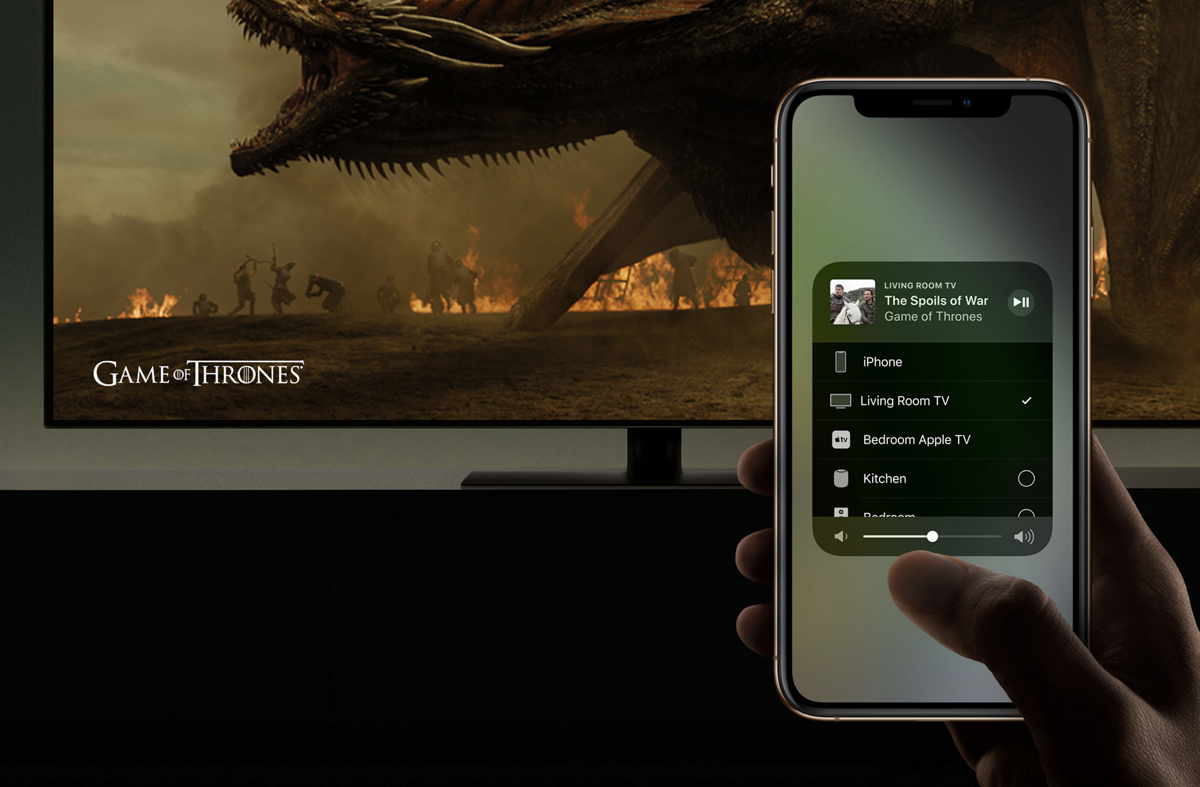 Apple has shared an official list of TVs that will support AirPlay 2. This includes models from Samsung, Sony, LG and Vizio for now. The list will be constantly updated over time.

Samsung dropped heavy news over the weekend when it announced that iTunes and AirPlay 2 was coming over to their Smart TV lineup. But the news was quickly followed up by LG, Vizio and Sony as they had announced that AirPlay 2 and HomeKit support was coming over to their latest TV lineup. Basically, it's an ever expanding rodeo which is surely going to appease a lot of users out there.

In order to combat diluted information (and educate people, of course) regarding which TVs will support AirPlay 2 or not, Apple has published a list over its website which you can check out right now.

It includes a wide variety of TV sets already, and it's a surprising one too. How? Because Samsung is going to add AirPlay 2 support to its low-end TVs as well, which is a big deal for consumers and those who do not want to shell out premium money on TVs. 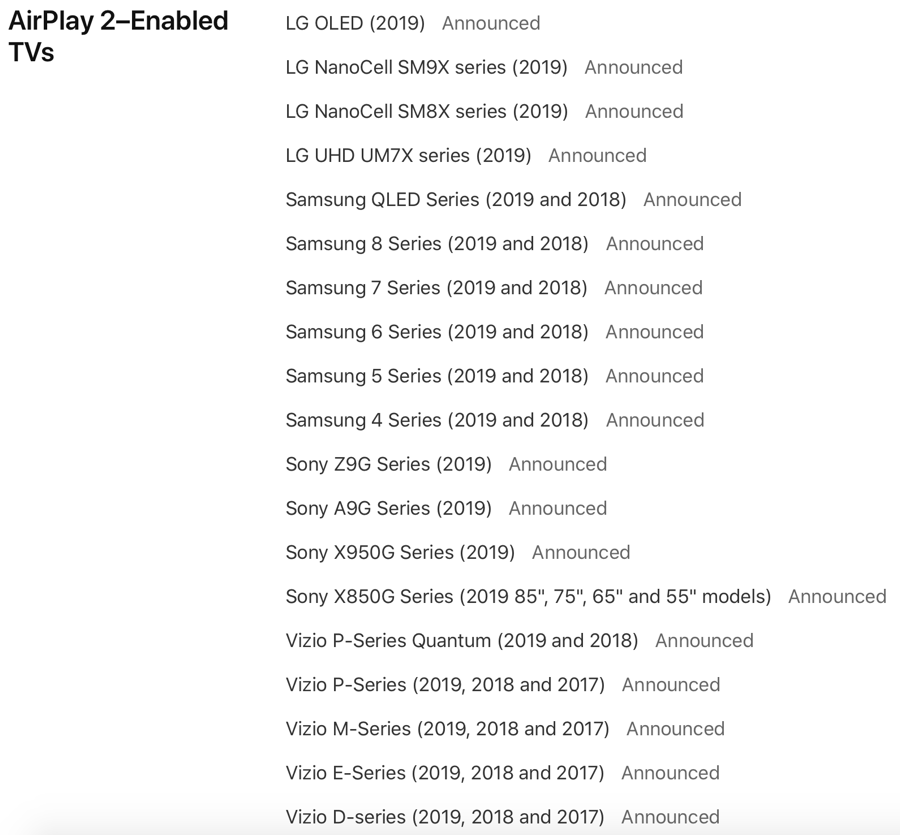 Given that Apple has opened the gates for everyone to bring AirPlay 2 to their TVs, it's only a matter of time your favorite lineup will grace the feature. In fact, I'll go as far as saying that buying a TV right now will be a bad idea if it isn't in the list above. It would be a wise move to pick up a TV this year that packs all the necessary protocols that accommodate your mobile devices at home, especially if you have an iPhone, iPad or Mac.

Apart from AirPlay 2 support, Apple is also bringing HomeKit support to television sets. This will allow users to control media on the TV while controlling things like the volume, powering the set on or off and more. Basically, if you ever wanted to ditch your TVs remote controller, then the time is here to do so.

Make sure you head over to Apple's website for an up to date list of TVs that will support AirPlay 2.