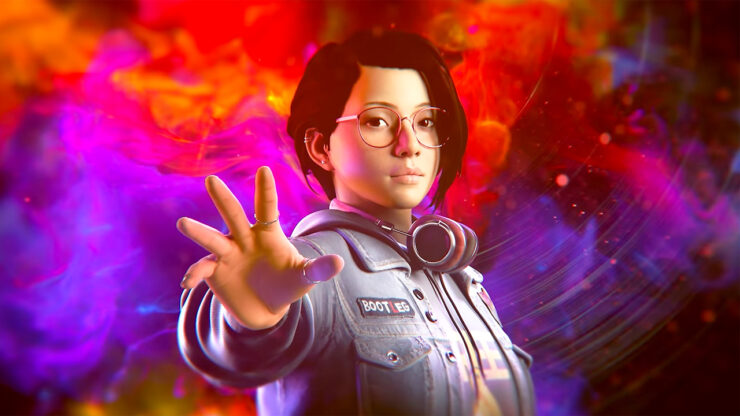 Square Enix is going all in on the Life is Strange franchise, as they’ve announced both an all-new game and remasters of the critically-acclaimed first two entries in the series. As previously rumored, the new game is entitled Life is Strange: True Colors and features lead protagonist Alex Chen, who can read and manipulate others’ emotions, which she’ll need to do to solve the murder of a friend. Developed by Before the Storm creators Deck Nine, True Colors features much-improved visuals and animations compared to earlier entries in the franchise. Check out the debut trailer for Life is Strange: True Colors, below.

Looking like another solid YA yarn! Hopefully, Deck Nine will be able to deliver now that they’re working entirely with their own characters for the first time. Need to know more? Here’s the official Life is Strange: True Colors description:

A bold new era of the award-winning Life is Strange begins, with an all-new playable lead character and a thrilling mystery to solve! Alex Chen has long suppressed her 'curse': the supernatural ability to experience, absorb and manipulate the strong emotions of others, which she sees as blazing, colored auras. When her brother dies in a so-called accident, Alex must embrace her volatile power to find the truth – and uncover the dark secrets buried by a small town.

Meanwhile, as mentioned, Deck Nine is also remastering both the original Life is Strange and Life is Strange: Before the Storm, which are being rebuilt using their new engine. You can get a brief peek and the new more detailed models for Max and Chloe, below.

Life is Strange: True Colors is coming to PC, Xbox One, Xbox Series X/S, PS4, PS5, and Stadia on September 10. The Life is Strange Remastered Collection arrives sometime this fall. What do you think? Ready for some more Life is Strange drama later this year?

DONTNOD’s Next Game, Tell Me Why, Is a Narrative Adventure for Xbox One and PC