After Hisense licensed Sharp's brand name for use in the North America, many speculated if the new management will be able to keep up the loyalty that Sharp had built. CES 2016 has turned all those speculations to trash as Sharp has announced 25 new TVs at the event, utilizing both Sharp and Hisense technologies which means bringing the best to the consumers. 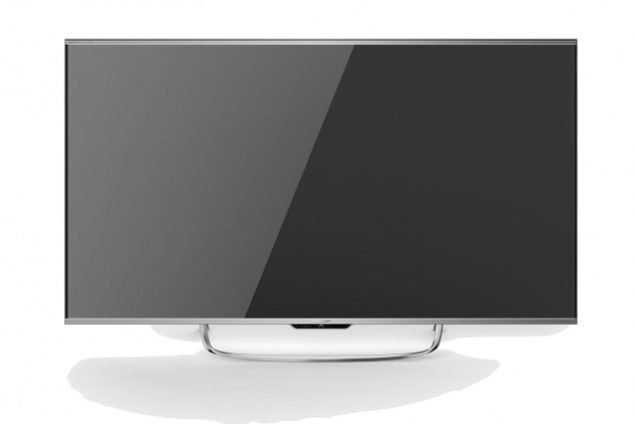 The third biggest seller of TVs in 2015, Hisense/Sharp will launch 25 new TVs this year, between 32- and 75-inches, and priced from $189 up to $3,299. Introducing SPECTROS Quantum Dot technology, the flagship 4K Aquos N9000 line will sport high dynamic range (HDR) and a curved panel. Both Quantum Dot and HDR technologies are a first for a Sharp TV. The flagship 70-inch flat Sharp 4K TV will retail for $3,299, while the smaller curved 65-inch Sharp 4K TV with identical specs will be priced at $2,999. The Sharp N9000 series will be shipping in mid-2016.

If you want to go for a lower price tag, you will have to miss the Quantum Dot technology and go for Sharp N8000 and N7000 series. Both these lines are also HDR enabled, and feature same specs, including AquoMotion and AquoDimming along with smart TV functionality that the flagship series is equipped with. The Sharp N8000 line is offered in both 75- and 70-inch models that will cost you $3,000 and $2,300, respectively. The N7000 line starts for $500 for the 43-inch TV up to $2,000 for the 70-inch screen. 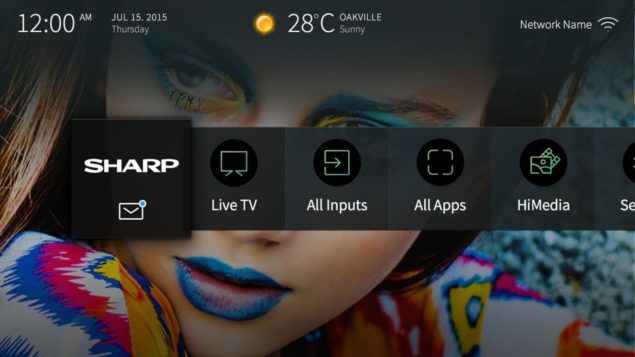 The third category of TVs is Aquos N6000 which will offer “entry-level 4K and smart capabilities” to the users. Bringing the price tag to a more affordable level than the above lines, N6000 compromises on local dimming but keeps other features like HDR support and AquoMotion. Smart TV apps are still included and the cost starts from $450 up to $750 for 43- to 55-inch TVs.

Sharp and Hisense are introducing a new user interface with the TVs launching in 2016 bringing a complete app store designed by Hisense. This app store will be available on all the 4K TVs, including the N6000 series. The even more affordable Sharp Aquos N5000, N4000 and N3000 will forgo 4K, but will keep the Smart TV apps. The prices of these lines will start from $190 going up to $1,000 for larger screen sizes.