LG G5 Pricing And Availability Details In The US

As you already know, LG has released their flagship for the year 2016 a few days back at the Mobile World Congress. This year again, LG took us all aback with the new design aesthetics of the G5 and how it cracks open to fit other LG-made accessories. Not at all have we seen a design like that and generally, the metal uni-body design does give it a premium look and feel. So if you're in the United States and you have already made up your mind to get the new LG G5, here's what you need to know about the pricing and availability. 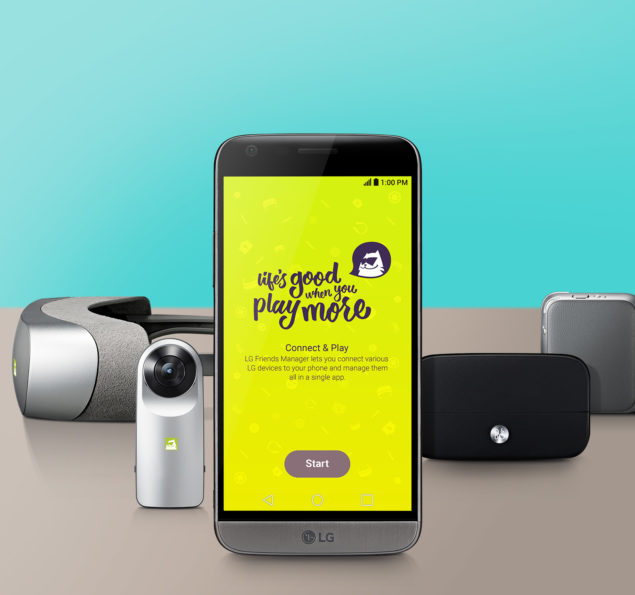 If you're willing to get your hands on the new LG G5 through T-Mobile then the company just confirmed that all the details associated with the handset, pricing and availability, will be released later. So do keep yourself posted for the details.

Sprint is on the verge to be offering LG's new flagship alongside its accessories or 'friends' as LG would like to call them. The accessories include the LG Tone Platinum and the LG 360 Cam. Both of which are interesting gadgets to play with, either for professional or personal use. The pricing and availability will be devised soon by the company.

If you're team AT&T, you will be getting your hands on the flagship handset along with LG 360 VR, 360 Cam and the Sound Bluetooth speaker. According to AT&T, the pricing and availability of the G5 and its accessories will be shared in the upcoming weeks.

As per Verizon, the carrier will offer the LG G5 along with some of the selected accessories. This suggests that the company is not willing to offer the complete set of accessories. Nonetheless, it's still a better catch than offering no accessories at all. The devices will be available in this Spring. Moreover, the company will offer the Titanium and Silver variants of the LG G5. So if you're looking for the same color option, get it through Verizon.

Best Buy has announced that pre-orders for the LG G5 will begin on March 18. So if you're willing to get the flagship handset from an online retailer, Best Buy has given its dates.

As you can see, the four giants are head to head in offering the 'LG G5 and friends'. Nonetheless, the precise details are a little short of hands. We will keep you guys posted for any new updates regarding the subject, so do stay tuned.

This is it for now, folks. Are you willing to get the all new LG G5 for yourself? Share your thoughts with us in the comments.