With a series of flagships due for this year, its time for the LG G4 to make its appearance on the rumor mill. Some new details have popped up about LG's expected flagship device, that end up putting it right alongside all the rest of the devices expected this year. 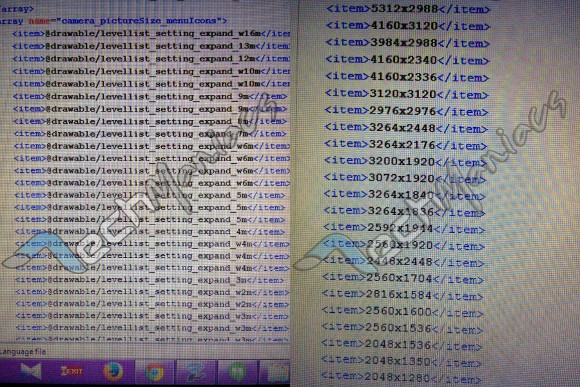 A rumor from Greece, reported by CNbeta, shows a screenshot from an Android file that appears to contain some details about the LG G4. Looks like the LG G4 will be coming with a camera upgrade on board. The device is being said to have a camera resolution of 16MP, which is an increase from 13MP found on the LG G3. In addition to this, the camera will be able to take photographs with a resolution of 5312 x 2988 and the ratio on the sensor will be 16:9.

Screen resolution on the LG G4 will be 2K or 2560 x 1440 which means that it will not be receiving an upgrade from the G3. A 4K display would drain battery life needlessly, and a move by the manufacturer to continue with 2K on the LG G4 shouldn't come as that much of a surprise. As far as what extra changes the manufacturer will bring on the device, that still remains to be known. We'll keep you updated as this develops.