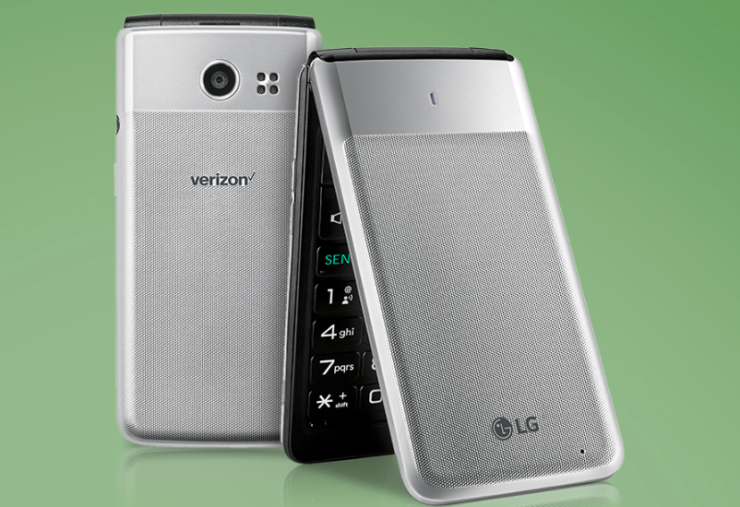 There used to be a time when Flip phones used to be a fashion statement. The design oozed swag, and we all loved hanging up on a flip phone, you know just flipping it close in style. Back to present day, Flip phones are no more in trend, but LG is trying to give it another shot with its LG Exalt LTE smartphone.

Not all the design comebacks get a grand welcome as Nokia 3310, which played majorly on its nostalgic element. And this is not the first time when a manufacturer is giving a shot to clamshell design, Samsung also launched a flip phone - W2017 in May, this year. Coming back to LG Exalt LTE, this one is important because Verizon backs it and it is the first ever LTE-only feature phone that the carrier supports. With LTE-only, we mean that it has only 4G connectivity and there is no support for 3G CDMA network.

Verizon is rooting for LTE

With a move like this, Verizon seems to be dropping hints about minimising its CDMA network. That's a given because LTE is anyway taking over all the networks, in fact, most of the voice calls are being routed via LTE network. The carrier has already revealed its plan to shut down parts of its CDMA in two years to give more space to LTE spectrum.

For them to do that, the company needs to woo CDMA consumers towards LTE. To make the old flip phone owners switch from CDMA to LTE, Verizon is backing LG's Exalt LTE smartphone. The carrier is making a move towards LTE-only phones along with the unlocked phones that are LTE-only and compatible with the network. One of such unlocked phones is the HTC U11 that works on Verizon without CDMA connectivity.

We can now expect Verizon to come up with more LTE-only phones to decrease the presence of CDMA on their network. If you are interested in the LG Exalt LTE smartphone, then you can head to Verizon's official website to know more about it.

The Exalt LTE smartphone comes powered by a  1.1GHz quad-core Snapdragon processor. It features a 3.0-inch WQVGA TFT Color LCD Display with a resolution of 400x240 pixels. There is 8GB internal storage onboard, which is expandable up to 32GB via microSD card. It has a 5MP primary camera and is backed by a 1,470mAh removable battery. The phone is priced at $168.