After the release of Galaxy Note 5 and Galaxy S6 Edge Plus, the next smartphone that we will get to see from Samsung will be a flip model that features the model number G9198. We have come across the official images of the Samsung flip phone and long story short, it looks like a real beauty. 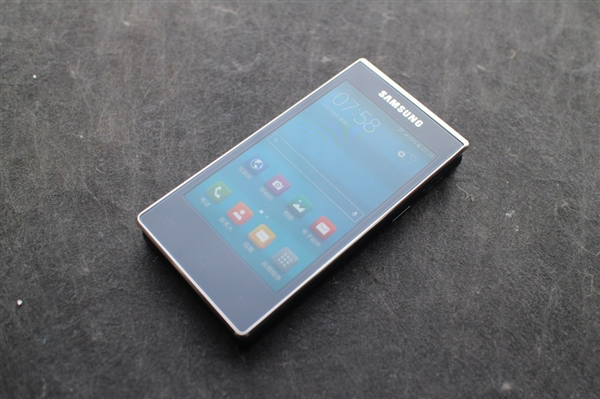 Samsung Flip Will Be Targeted To The Chinese Market, See All The Images Here

According to the latest source, G9198 sports two displays that possess a screen size of 3.9 inches, along with a resolution of 1280 by 768 pixels. Not only can the handset be used as a regular smartphone, but users can also adopt a retro style of using a mobile device by using the physical keyboard of Samsung’s flip phone. Unlike both Galaxy Note 5 and Galaxy S6 Edge Plus, the newest mobile device from Samsung does feature both an expandable storage slot, as well as a removable battery; both features which should have been present in both of the company’s recently released flagship duo.

The flip phone features 16GB of internal memory, which can be expanded up to 128GB through a MicroSD slot. Moving on, the chipset running inside the gadget will be Snapdragon 808. A more suitable SoC would have been Exynos 7420, but we know that Samsung will keep this chipset limited to just flagship smartphones. While everyone must be wondering that Snapdragon 810 was not a part of Samsung G9198, it is because of Snapdragon 810’s overheating issue, which spikes up the thermals to unbearable levels.

Another great feature about Samsung G9198 will be that it will provide users the opportunity to accommodate two numbers instead of one, which will prevent them from carrying two numbers at the same time. Since there is a 4G modem present inside the smartphone, users will be able to experience unprecedented mobile network speeds (just as long as their carrier supports them).

Despite the fact that the battery is removable, Samsung has once again remained stingy and decided to incorporate a 2,020mAh cell in the flip smartphone. A 16/5MP camera sensor combination has been incorporated but there are no details present if the camera sensors are the same ones that are present on Galaxy Note 5.

Looks like we will get to know more about these elusive details when the handset makes its way to the market. What do you think so far? Does Samsung G9198 complete your fantasy of having a smartphone with a touch of ‘flip’ to it? Let us know.