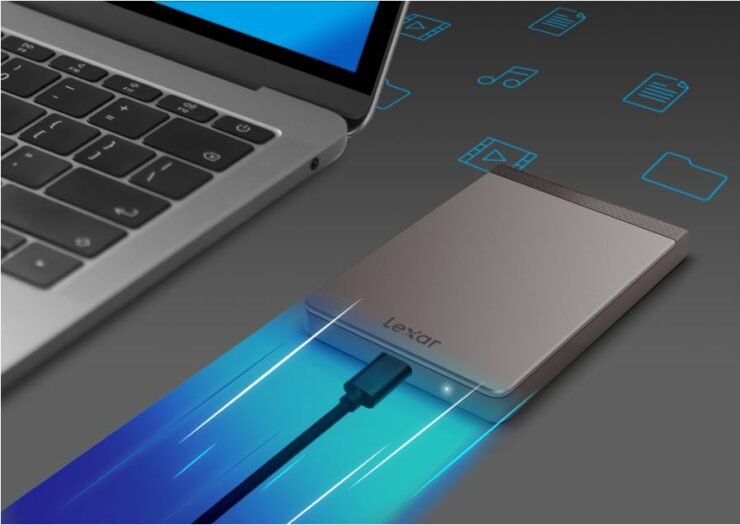 Lexar announces the SL200 Portable SSD which features not only a 2 TB capacity but also read speeds of up to 550 MB/s. The SL200 features a total of three different capacities a 2 TB, a 1 TB and a 512 GB model, these different models all feature the same read and write speeds.

The SL200 portable SSD features a slim and fantastic design that allows users to not only easily carry these SSDs nearly anywhere but also do not have to worry about damaging the SSD as well! The case not only looks fantastic but it also only measures 86 mm in height, allowing this drive to easily slip into your pocket or into your laptop bag with little to no issue! 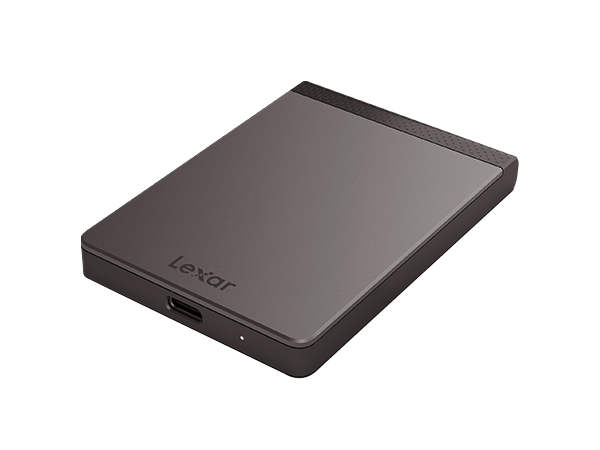 The case features a slight gray cover that has the Lexar name located on the bottom and a top that features a darker gray color. The neutral tones that are used in this drive would work in nearly every office environment, making this SSD ideal for businessmen that may have a lot of large presentations that require both space and speed.

The SL200 SSD utilizes a USB 3.1 Type-C interface, this interface allows this drive to offer a speed of up to 550 MB/s read speed and a 400 MB/s write speed. This speed allows users to easily store and access their files at a moment's notice!

The SL200 SSD also features exceptional resilience to the elements, this resilience is due to the fact that there are no moving parts. This means that harsh temperatures and vibrations won't affect this drive. This means that if users end up dropping this portable drive while moving, the drive shouldn't be affected in any way, thanks to the drop-resistance that this drive provides.

Currently, Lexar has yet to announced any pricing for these SSDs.