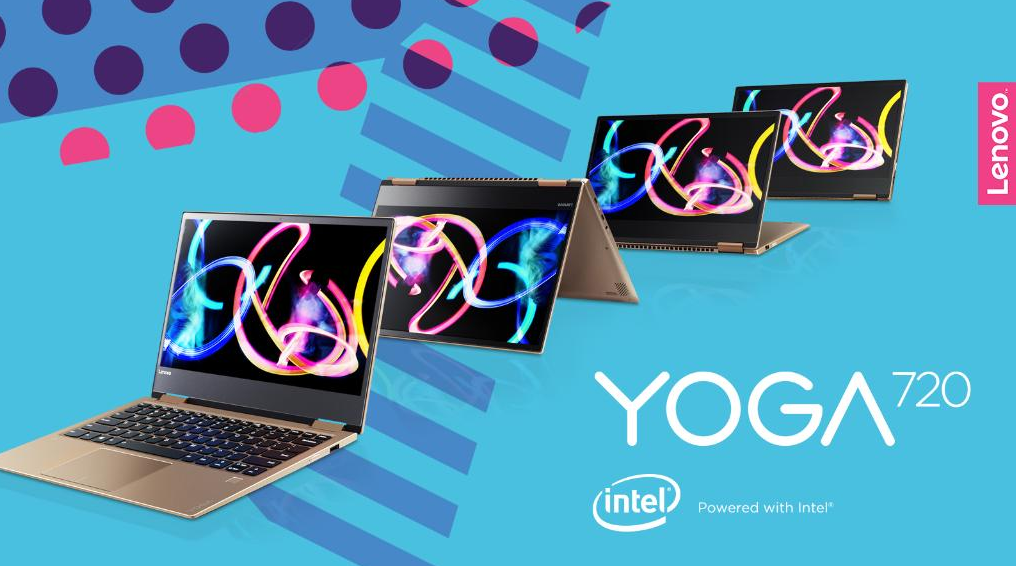 You do not get to see a lot of powerful hardware inside thin and compact machines such as 2-in-1’s but Lenovo is aiming to change that the announcement of its Yoga 720. The latest product comes in two screen sizes, and the company has also unveiled a more affordable Yoga 520 for the masses.

There are two Yoga 720 models that are being offered to consumers later in the year. One is a 15.6-inch powerful machine while the other is a more portable 13.3-inch 2-in-1. However, do not think that you will immediately get all the hardware right from the start; you will have to configure it to the point that it features a 4K display and GTX 1050 Ti. The base model of the 15.6-inch machine carries a price of $1,099 and comes with a Kaby Lake i7 processor coupled with a 1080p touchscreen. If you are able to increase your budget, then you can get yourself a discreet GPU coupled with a 4K touch panel.

Lenovo has not unveiled the amount of storage you’ll be getting but those details will be revealed later in the year. The Thunderbolt 3 port will allow you to hook up an external GPU enclosure for upgraded graphical performance. Lenovo claims that the 15.6-inch model will last for 9 hours for the 1080p model and 8 hours on the 4K panel model. The 13.3-inch model retains the same upgrades but is not running a discreet GPU sadly. However, the starting price of this 2-in-1 is $859 and you will get 8 hours for the 1080p model and up to 7 hours while running the resolution at 4K.

As for the Yoga 520, the multimedia touch-enabled notebook features a 14-inch display and can also run Intel’s Kaby Lake processors but Lenovo claims that this particular model will get better battery life. The Yoga 520 has been rated for 10 hours for the 1080p panel and 9 hours for the 4K one. The Lenovo Yoga 520 is the cheapest of them all, starting at $636, and in case you’re wondering, all three models will be available to purchase starting April 2017.