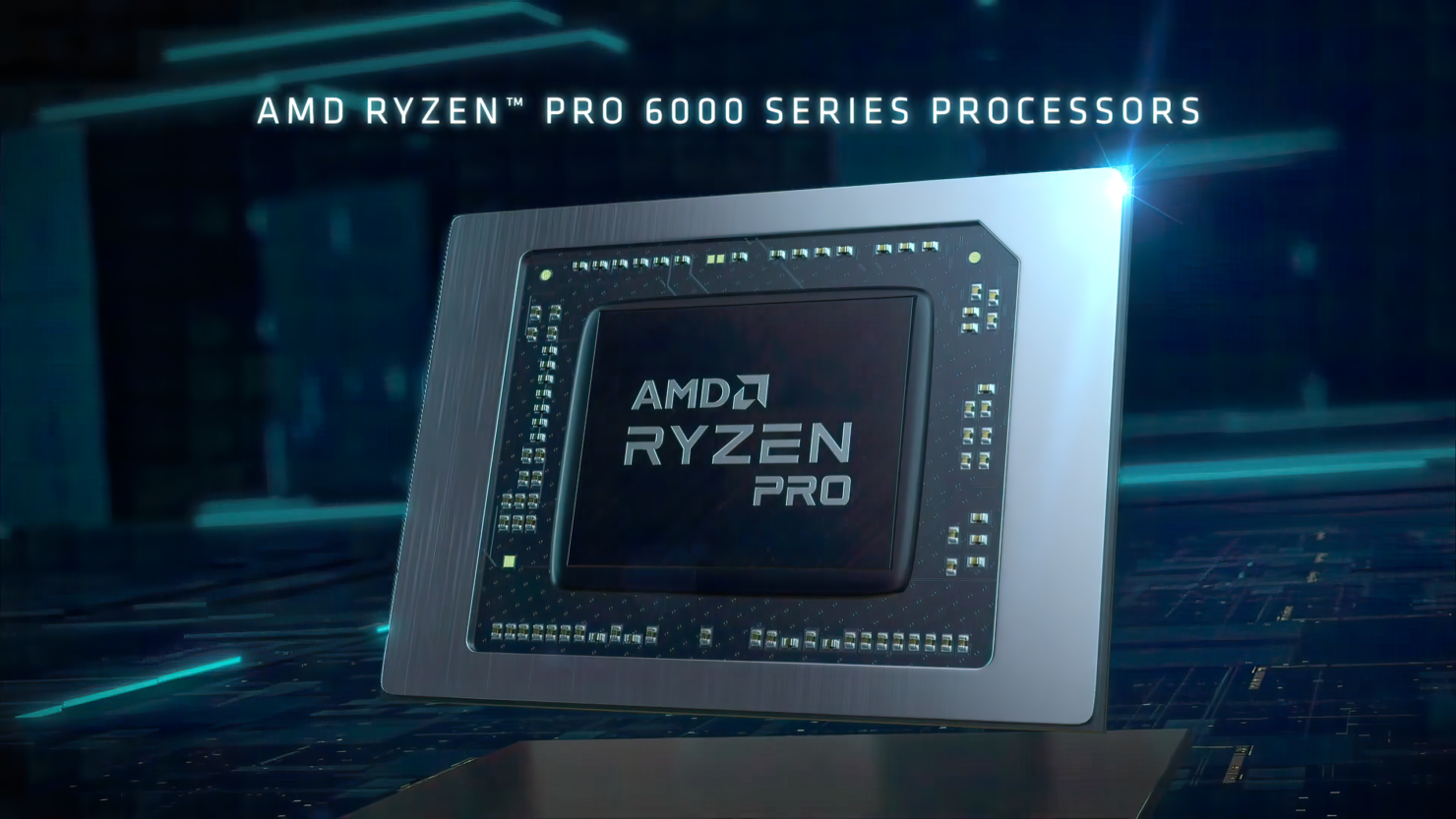 Earlier this year at CES, Lenovo introduced its ThinkPad Z13 laptop which featured an exclusive AMD Ryzen PRO 7 6860Z APU. The specifications of this APU have now been confirmed by AMD partner, Lenovo, and don't look that different than the Ryzen 7 PRO 6850U.

During the CES show, AMD and Lenovo revealed that the Ryzen 7 PRO 6860Z has been designed exclusively for the ThinkPad Z13 series laptops. The chip itself is said to be a 'Power-Optimized' variant which is a part of an industry-leading collaboration. AMD didn't disclose any specifications back then but the company's product page has now listed the final specs.

So coming straight to them, the AMD Ryzen PRO 7 6860Z APU is an 8 core & 16 thread part based on the Zen 3+ and RDNA 2 core architectures. It is configured with a Radeon 680M iGPU. The APU being a power-optimized variant should fall in the same spec range of 15-28W but with a slightly higher clock speed of 4.725 GHz versus the 4.700 GHz that the Ryzen 7 PRO 6850U has to offer. It isn't technically a huge improvement as one should say but with a more aggressive power-tuning onboard, it should yield some nice efficiency numbers. 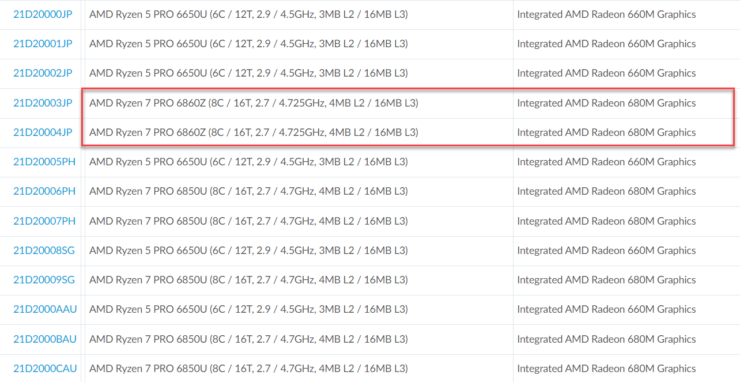 AMD also showcased a slight performance demo of the Lenovo ThinkPad Z13 with the Ryzen 7 PRO 6860Z APU. The specific configuration for the laptop (Lenovo Thinkpad Z13) includes 2x 16 GB LPDDR5-6400 memory, a 1 TB SSD, Windows 11 Pro operating system, and the 30.0 GPU driver. This is compared to Lenovo's ThinkPad X1 Carbon with Intel's Core i5-1260P which is a 12 core and 16 thread chip with a boost clock of up to 4.7 GHz and a maximum turbo power draw of 64W. The Intel laptop comes with 2x 8 GB LPDDR5-5500 memory, 1 TB SSD, Windows 11 Pro OS, and Intel's Iris Xe integrated graphics.

In the benchmarks, the AMD Ryzen 7 6860Z APU delivered up to 25% lead in Cinebench R23, 20% lead in 3DMark Time Spy, and up to a 50% lead in Passmark 10 versus the Intel Alder Lake laptop. Plus, the AMD laptop also runs cooler and consumes lower power leading to insane battery times that would last hours, an essential for any business platform. As for pricing, the Lenovo Thinkpad Z13 will have a starting price of $1549 US while the Z16 will retail for a starting price of $2099 US.