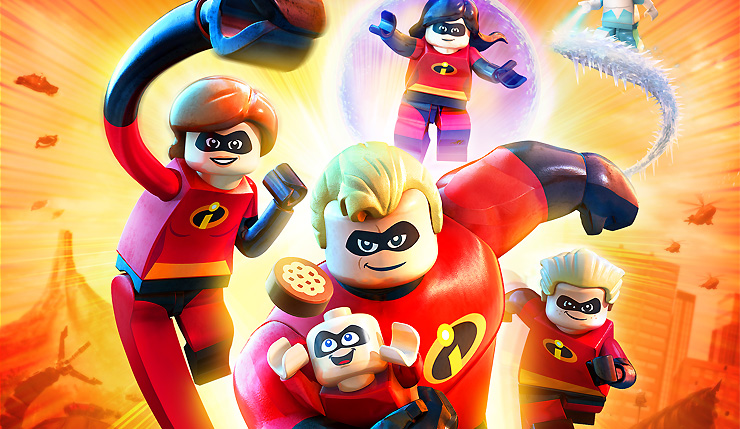 Pixar’s take on the superhero genre is getting the Lego treatment. Today Warner Bros. Interactive and TT Games announced Lego The Incredibles, which covers the events of both the original 2004 movie and its upcoming sequel. Check out the debut Lego The Incredibles teaser trailer, below.

We don’t have any gameplay footage of Lego The Incredibles yet, but it sounds like it will stick fairly closely to the Lego template. WB Interactive and TT Games are promising an “epic hub world,” which includes the city of Municiberg and Nomanisan Island, and, of course, all your favorite Incredibles characters in playable form. TT Games managing director Tom Stone explained why Lego and The Incredibles are a perfect fit…

“The Incredibles franchise, full of super-powered characters, adventures and teamwork, combined with all of the humor, puzzle-solving elements and unexpected surprises of the Lego games makes for the perfect combination for players. With Lego The Incredibles, fans can experience the non-stop action from both movies while fighting crime together as a super hero family.”

The existence of a Lego Incredibles game was first leaked back in January, but WB Interactive hadn’t confirmed the reports until now. Does Lego The Incredibles being the real deal mean the rumored Lego DC Villains game is also happening? It seems like a safe bet.

For those who haven't been keeping up with movies for the past decade-plus, The Incredibles follows the adventures of the Parrs, a seemingly normal family who happen to have superpowers. The Incredibles II, which hits theaters this summer, takes place immediately after the events of the first film and will once again by directed by series creator Brad Bird.

Lego The Incredibles bounds onto PC, Xbox One, PS4, and Nintendo Switch on the same day as The Incredibles II hits theaters (June 15). Anybody excited for some more blocky superhero fun?