Casting aside the instruction booklet when building something with Lego is always a bit of a risk, but developer TT Games has decided to chuck their tried-and-true blueprint with Lego Star Wars: The Skywalker Saga. For years, TT Games’ Lego titles came out like clockwork and didn’t really change much regardless of whether you were controlling Batman, the Avengers, or Indiana Jones, but The Skywalker Saga promises both completely revamped gameplay and mechanics and more content than the studio has ever delivered before.

Has TT Games managed to assemble their biggest and best title yet? Or is Lego Star Wars: The Skywalker Saga missing a few key pieces despite an unusually protracted development cycle? Time to see how this latest blocky adventure stacks up… 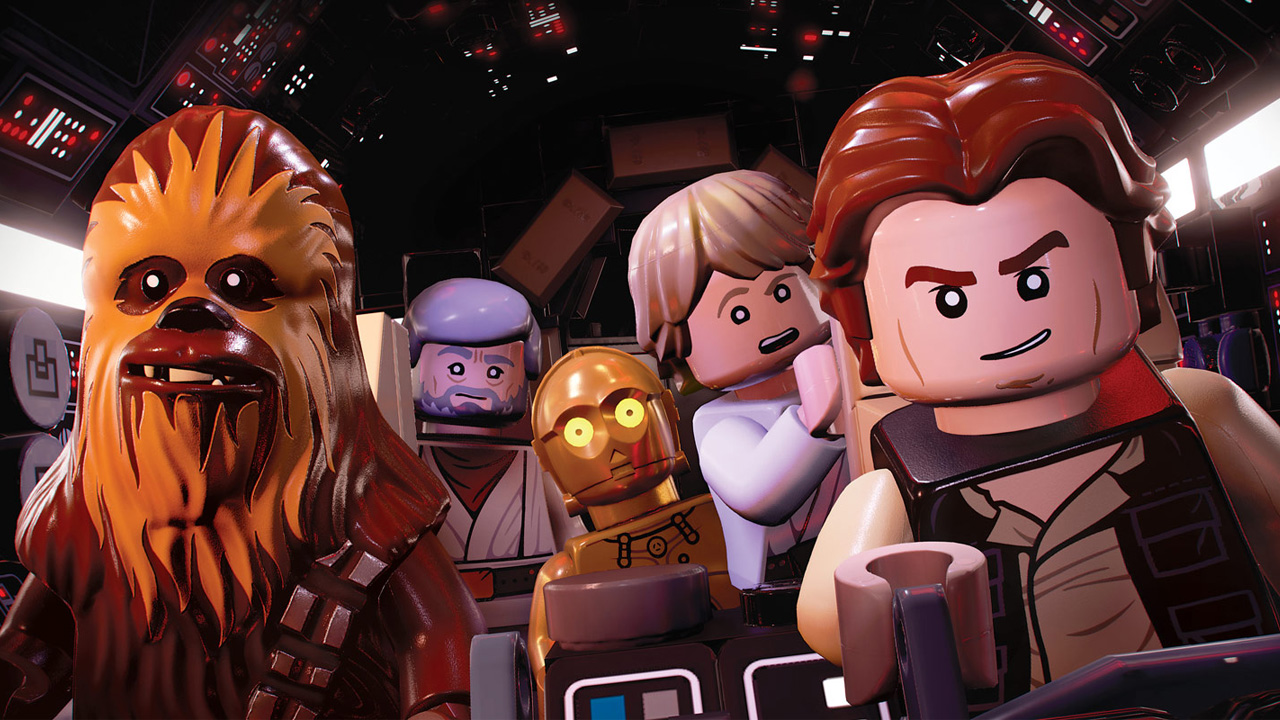 Lego Star Wars: The Skywalker Saga covers all nine of the franchise’s core numbered films and players can choose which trilogy they’d like to tackle first, although you do still have to play the individual movies within each trilogy in order. So, if your childhood favorite was Return of the Jedi (don’t judge me), you have to play through both A New Hope and Empire Strikes back first. A minor annoyance, but it would be nice if players had total freedom to tackle each movie in whatever order they see fit.

Upon jumping into their first mission, longtime Lego players will notice the old slightly zoomed-out isometric view from past games has been replaced, with the camera now situated behind your character in third-person shooter style. There’s a good reason for that, as you now have full shooter controls including an auto cover system, and yes, the ability to score headshots. Melee combat isn’t a simple button-jamming affair anymore, as there is now a combo meter, and enemies will block you if you just rattle off the same attacks repeatedly. Meanwhile, space combat sequences provide full control of your ship with multi-objective missions that almost feel lifted from EA’s Star Wars: Squadrons. 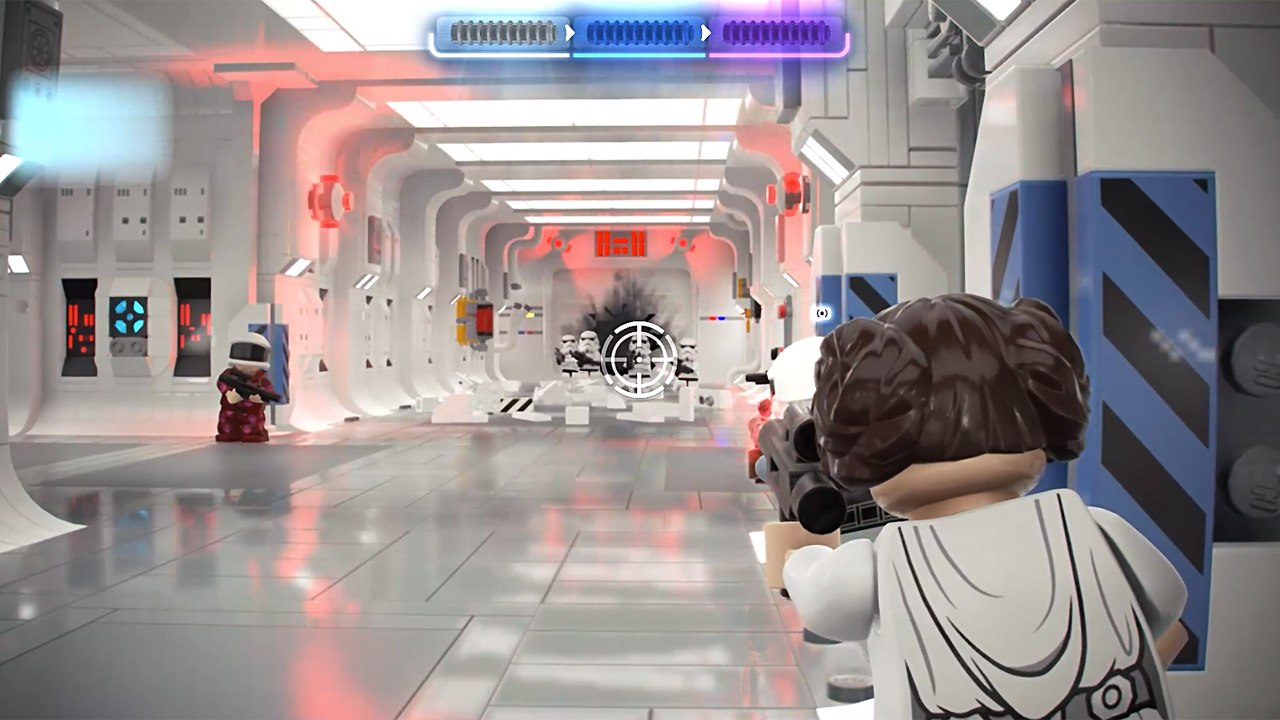 Ultimately, The Skywalker Saga is still at its best when you’re pummeling enemies with your plastic fists or lightsaber. Shooting feels a bit finicky and unsatisfying, with basic stormtroopers taking way too many shots to take down. Given how little punishment there is for death in Lego games, there’s really no reason not to just charge recklessly into the fray and start punching most of the time. Blasting stuff with an X-Wing or other spacecraft is generally more fun, although the level of intensity is sometimes a bit lacking.

Each of the movies covered by The Skywalker Saga is split up into five missions, usually interspersed with cutscenes and short trips through some of the game’s sandbox levels. The variety on display here is admirable – while there are standard linear brawling and shooting missions, others focus on platforming and puzzle solving, exploration, space combat, and multi-phase boss fights against the likes of Darth Vader and Kylo Ren. That said, it’s hard to shake the feeling that TT Games is skimming over this saga pretty aggressively. In most cases, it would take longer to watch the original movie than play through the missions based on it (you can typically blow through them in a bit over 90 minutes). It’s also not always clear how or why TT Games chose the moments they wanted to focus on. For instance, one long and somewhat dull Empire Strikes Back mission revolves around Han Solo reactivating satellite dishes to locate the missing Luke, but when you finally do find him in the wampa cave – the actual exciting thing from the movie that probably would’ve made a good boss fight – the mission ends. The wampa encounter ends up just being a cutscene! 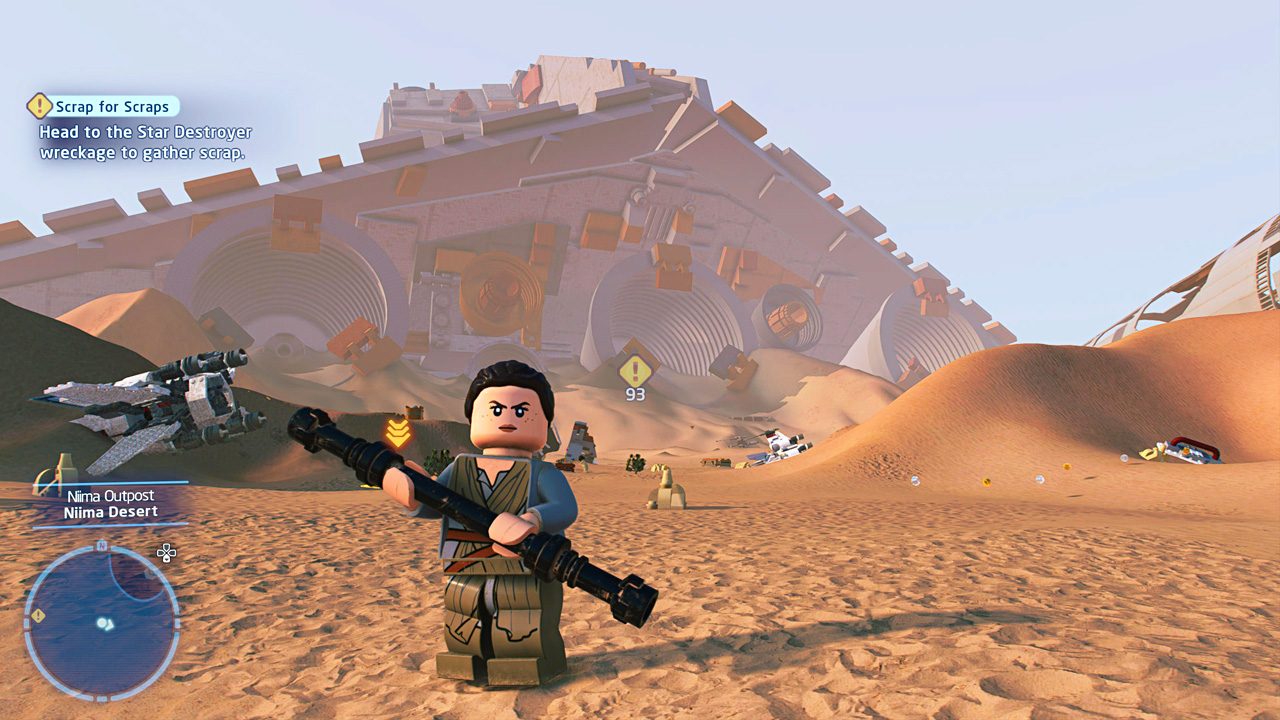 Some odd choices aside, The Skywalker Saga’s missions are generally well-presented. Granted, this is a Lego game that’s clearly still designed to run on last-gen consoles and Switch, but from Hoth’s frosty Echo Base to the lush forests surrounding Maz Kanata’s castle, the game has moments of visual splendor. It also runs buttery smooth on PS5 (the lower framerate during cutscenes is noticeable though). Of course, the soundtrack is great, although the voice acting is as iffy as ever (the Harrison Ford impersonator is particularly painful).

While The Skywalker Saga’s missions are a somewhat mixed bag, TT Games has thankfully done a lot to improve Free Play. The game doesn’t feature a true contiguous open world, but it does let you jump between over 20 different planets. Many of these planets offer multiple sandbox stages, while also allowing you to leave orbit and explore the space around them. The sandbox stages bring iconic Star Wars locales like Mos Eisley and Coruscant to life with an impressive amount of detail and are packed with challenges, secrets, and characters to talk to around every corner. I’ve found the open worlds in past Lego games a bit empty and uninspired, but Skywalker Saga’s sandboxes bring to mind Super Mario Odyssey in terms of the variety of stuff packed into them. 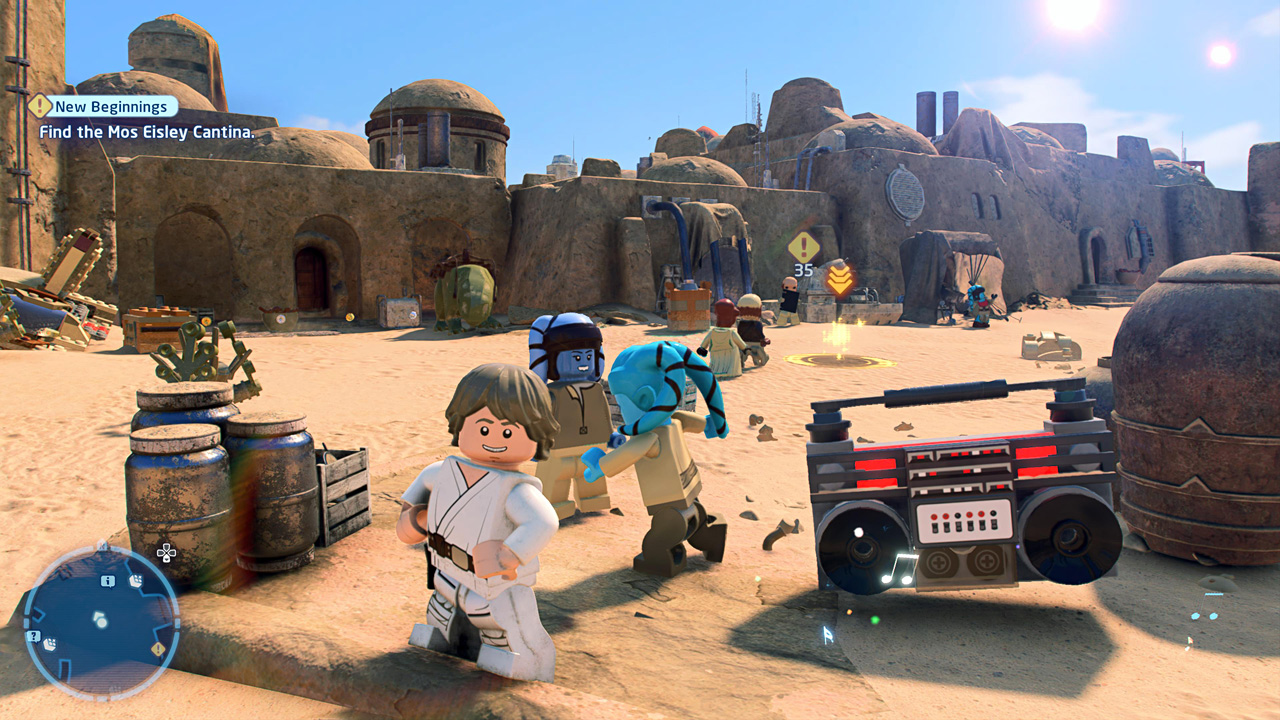 In my preview of Lego Star Wars: The Skywalker Saga, I worried that the game’s more complex story missions may discourage younger players, and honestly, those concerns were valid. The game doesn’t always explain its objectives as well as it could, to the point even I was confused at times. Of course, parents can help youngsters along via drop-in local co-op, but you’re not always going to be able to head off the frustration and tantrums. That said, I think most kids will have a blast just messing around in the new sandbox stages. TT Games has done a solid job of catering to both sides of the force here – a somewhat more demanding campaign for the parents, and fun sandbox playgrounds for the kiddos. 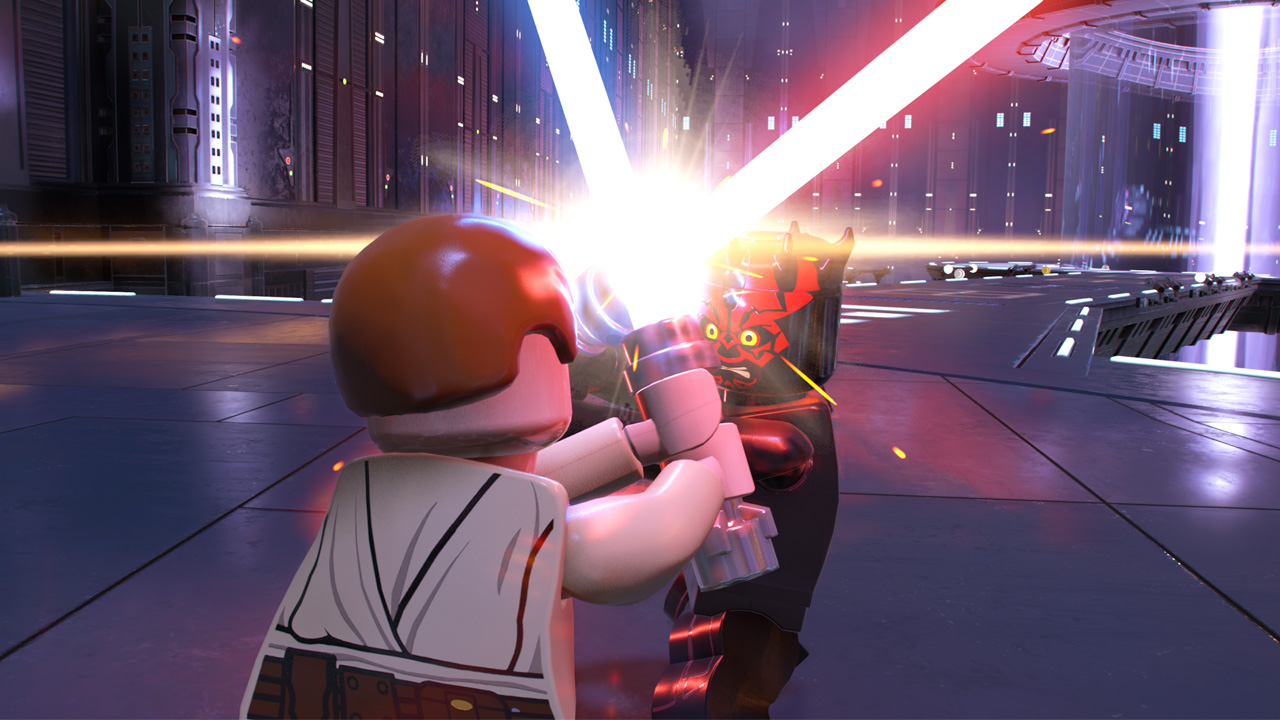 And there’s plenty to keep both parents and kids busy. Even given the game’s skimming, it will still take you around 15 hours to play through nine movies worth of story missions, and those looking to collect every brick, stub, character, and vehicle will double or triple that playtime. The Skywalker Saga may be done in theaters, but the game won’t be for a while.

This review was based on a PS5 copy of Lego Star Wars: The Skywalker Saga provided by publisher Warner Bros. Interactive.

Lego Star Wars: The Skywalker Saga sets its sights sky-high and largely does justice to that galaxy far, far away. Its truncated treatment of the movies occasionally disappoints, but charming, content-packed sandbox stages mostly make up for any story mission shortcomings. This blocky take on George Lucas’ family drama is worth enjoying with yours.