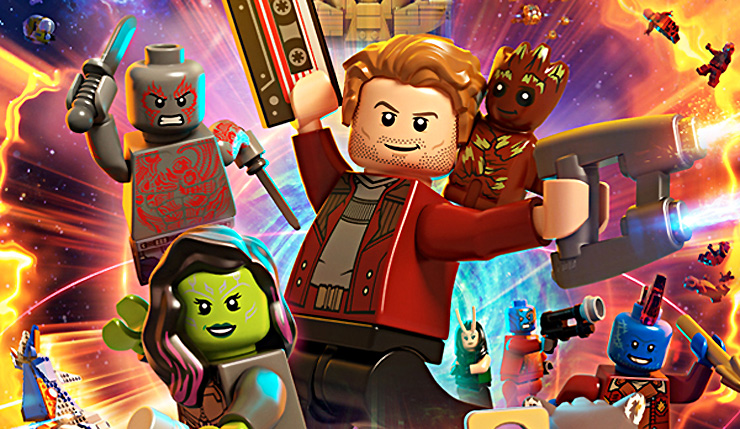 The latest Lego comic book blowout has become even bigger. Lego Marvel Super Heroes 2 has released its Guardians of the Galaxy Vol. 2 DLC pack, which lets fans play through the movie’s iconic opening action scene. You can check out some gameplay, courtesy of YouTuber Lu Kiseiju, below.

“Today Lego Marvel Super Heroes 2 is getting a new downloadable content pack inspired by Marvel Studios’ Guardians of the Galaxy Vol. 2! It includes a thrilling new level, inspired by the unforgettable opening scene of the movie, where players battle a giant alien monster known as the Abilisk. The pack also adds playable characters Star-Lord (variant), Kraglin, Stakar Ogord, Tullk, Rocket (Ravager variant), and Ego, letting players utilize their unique special abilities as they face off against the diabolical, inter-dimensional creature.”

I’ll admit, I’m don’t recognize all those character names (and I watched Guardians of the Galaxy Vol. 2 twice), but being able to play as Ego is a neat addition. Sadly, he won’t be quite planet sized.

“LEGO games have such a strong foundation that new installments are still fun to play, despite minor changes. Fans of Marvel comics will enjoy the thousand references and characters stuffed into every pixel of the game. Fans of LEGO will enjoy the family-friendly, frantic action that makes up each level. LEGO Marvel Super Heroes 2 is a pleasant, safe experience. It feels more back to basics than other recent LEGO games without losing what makes the series so enjoyable to return to. On cold nights, you can have a lot of fun with your friends and family huddled around the television and saving the world.”

Lego Marvel Super Heroes 2 is available on PC, Xbox One, PS4, and Nintendo Switch. The Guardians of the Galaxy Vol. 2 DLC pack is available as part the game’s $15 season pass, or for $3 on its own.