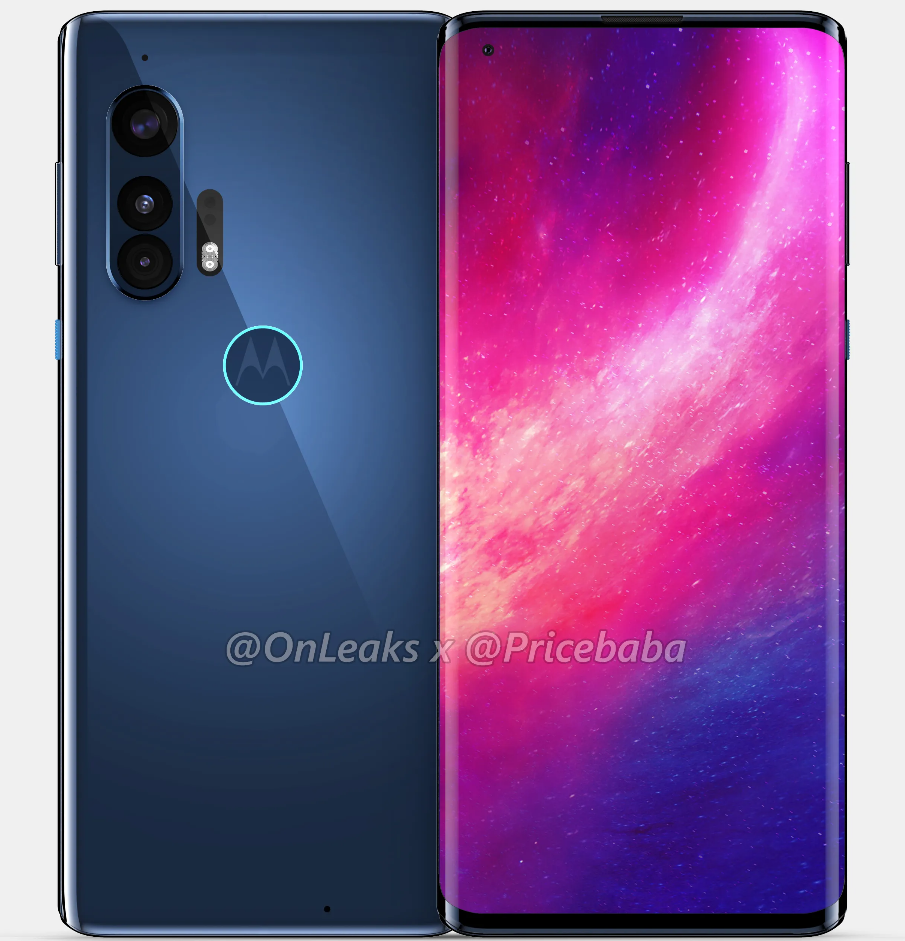 Motorola had effectively dropped out of the flagship race in 2018 when it realized that it couldn't even take on the likes of Xiaomi and OnePlus, let alone Samsung and Apple. The company has since been hyper-focused on mid-rangers and has done a decent-ish job of keeping itself relevant in the segment. Motorola just unveiled the Moto G8 some time ago, and now, we get our first look into what could be Motorola's newest 'flagship' offering- the Motorola Edge Plus.

The leaks come from renowned leaker OnLeaks via Pricebaba.com. One of the first things that stands out about the Motorola Edge Plus' design is its waterfall display. The phone is, after all, called the Edge+, so this isn't very surprising. It will also be Motorola's first phone in years that will experiment with a non-standard form factor, and no, the foldable Moto Razr doesn't count.

At the back, there is what appears to be a triple-camera setup with a dual-tone LED flash and an LED ring around the Motorola logo. The lack of a capacitive fingerprint sensor indicates that Motorola is likely to replace it with an under-screen solution this time around. Up front, we see a hole-punch camera nestled at the top-left corner of the phone. Thankfully, you also get a 3.5mm audio jack at the top edge.

Moving to on the phone's internals, the rumor mill speculates that the Motorola Edge Plus will ship with a Qualcomm Snapdragon 865 SoC, meaning that it will be the company's first 5G offering. The 6.67-inch FHD+ AMOLED panel will feature a refresh rate of 90Hz. Memory configuration is expected to start at 8GB of RAM and 128GB of storage. Little is known about the actual camera setup, but we should see 64MP Sony IMX 686 or Samsung ISOCELL Bright GW1 assisted by a wide-angle, telephoto, or macro lens. The battery is reportedly going to be a 5,000mAh unit that can be charged at 27W.

It'll be interesting to see how Motorola chooses to price the Motorola Edge Plus. The company's previous flagship offerings have been lukewarm, at best, and this is their chance to get back into that segment. However, Motorola faces stiff competition this time around, especially from Chinese upstarts such as iQOO, Realme, and Xiaomi. A sub-$500 price tag would be ideal for the Motorola Edge Plus, but that's just my opinion. Motorola is expected to unveil the device later this month.