Set to be unveiled officially on October 16th, Apple iPad Air 2 has seen very few leaks, if we compare it to the iPhone 6 duo. However, we still have some picture of what improvements would the upcoming iPad Air carry along with some new features and design aspects. A latest iPad Air 2 leak has also shared some necessary and long-awaited parts of the Apple tablet. This leak shares images of iPad Air 2 components including logic board, home button flex cable, front panel, and more. 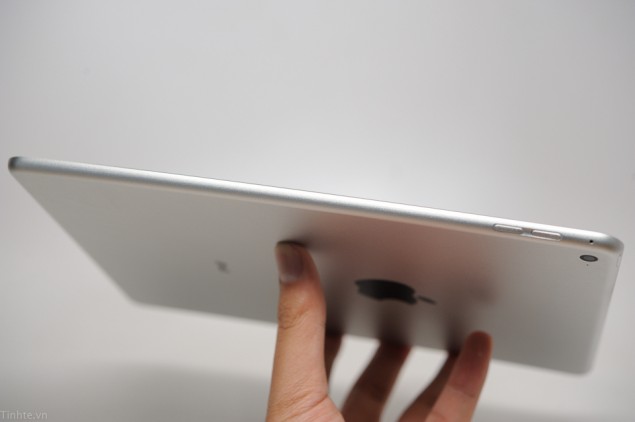 The upcoming Apple iPad is expected to be powered by Apple's latest A8 processing chip and 2 GB of RAM which is twice the amount offered with first gen iPad Air. Leaked shots of iPad Air 2 components come thanks to Apple.club.tw revealing some interesting details. iPad Air 2 is rumored to be the thinnest tablet and has been redesigned to claim that title. There have also been rumors of anti-reflective coating on the 9.7 inch display panel, however, no such information appears on this latest leak.

The logic board of iPad Air 2 contains the processor along with RAM chips. While the processing chip details aren't quite visible, some have been able to enhance the image and see a legible A8X on it. A8X is a more enhanced chip than A8 and was previously rumored to power the larger iPad Pro tablet set to come sometime next year. A8x offers improved graphic performance which will be required for a larger tablet. However, if this leaked lot belongs to Apple iPad Air 2, we might see the tablet powered by this improved chip and hence give out some better performance than A8.

The home button flex cable of 2nd gen iPad Air has a hole for Touch ID fingerprint sensor and FaceTime HD Camera along with a stainless steel ring. It would be the first time for Apple to equip its tablet line-up with fingerprint Touch ID sensor too. You can also see the volume flex cable images in the gallery below.

iPad Air 2 along with Apple iPad mini 3 are set to be launched this Thursday, 16th October. iPad Air 2 is expected to be thinner than its predecessor possibly flaunting a Retina HD display panel. Anti-reflective coating, 8-megapixel rear camera, A8 chip (or A8X if latest leak is spot on), 2GB of RAM and Touch ID will help the slate keep its top tablet spot.