Often among gamers’ excitement and high hopes, a messy pool of leaked in-game details welcome the launch of most latest major triple A video game titles. It looks like just like other latest games, we will be seeing a lot of leaks concerning Far Cry 4, the next installment in Ubisoft’s most critically acclaimed action-packed open world first-person shooter video game series, before its launch date, which is not too far away now. To start, an image showing the in-game map of the upcoming shooter has leaked online, and it seems like it is pretty much as the same size as the map of the previous title in the series. 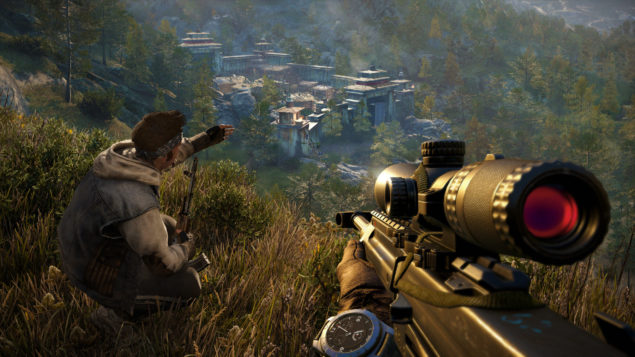 Hitting local markets in just a little over a week now, Far Cry 4 is successor to one of the most ambitious and remarkable open world first-person shooter video games of 2012. Set in a unique wild region of the Himalayas, the upcoming shooter packs dynamic in-game geographic environments and a vast variety of all new weapons, vehicles and realistic wildlife that represents the game’s exotic setting. Unlike most other first-person shooter games that limit players’ fun to planned assignments and missions, Far Cry 4 offers a wide collection of different jobs and free roam exploration means that will extend players’ amusement levels.

Recently, an image appeared on Imgur revealing Far Cry 4’s map and details such as the in-game locations and a list of included animal species. While the leaked map clearly looks legit, it is still not known if it is revealed in its entire dimensions or the image only shows a part that has been explored. The map does look a little small, but it is apparently denser and slightly spacious compared to Far Cry 3. Along with a long list of in-game animal species such as Elephants and Yaks, over 20 different outposts are displayed upon the map across 6 color-coded areas. These colors most probably represent the climate within each area, which changes according to the height and presence of dense forests.

You can check out the leaked image below. Far Cry 4 will hopefully have more interesting locations and places to explore than previous titles in the series. 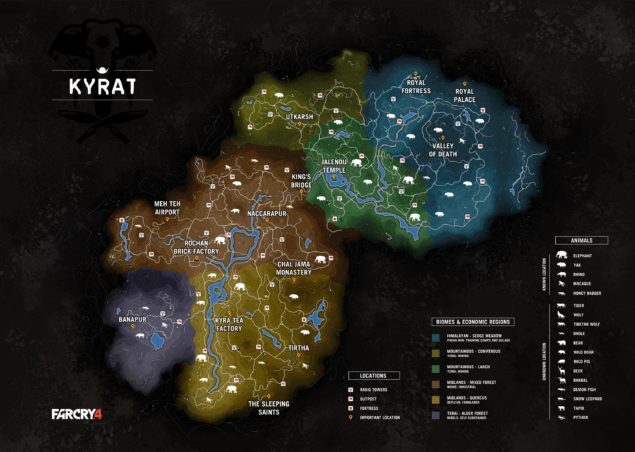 Far Cry 4 will be out for PC, PlayStation 4, PlayStation 3, Xbox One and Xbox 360 later this month on November 18 in North America and on November 20 in Europe. Here are the recommended and minimum system requirements for the game revealed by Ubisoft.