Although PC is not a platform that gets a lot of attention from video game developers, there are certain fine multiplatform games that feel like as if they were developed specifically for the PC platform and are really meant to be played on it. The rich, dynamic open world of Far Cry has always made the game stand among those titles, and now that Far Cry 4, the latest installment in the series, is out in only a couple of weeks, Ubisoft has revealed the minimum and recommended system requirements for the game along with a video that shows how the upcoming shooter will look exceptionally wonderful on PC with exclusive NVIDIA features. 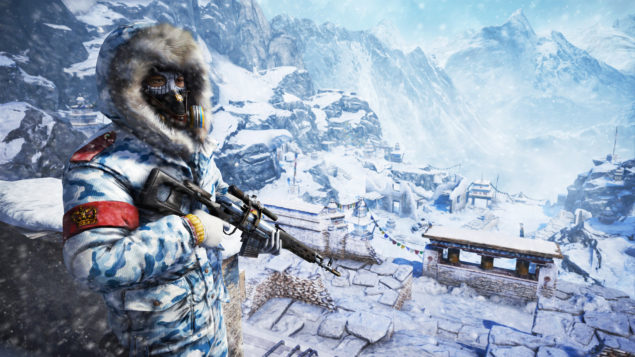 Now that Call of Duty: Advanced Warfare is out and its launch on PC hasn’t been a very smooth one, all eyes have turned towards Far Cry 4, the latest installment in Ubisoft’s most critically acclaimed and uniquely distinctive action-packed open world first-person shooter video game series known as Far Cry. The upcoming game is only a couple of weeks away from its launch on PC and both the last and latest-gen platforms, and today, following the previous announcement about the highly anticipated shooter running at 1080p/30fps on the PlayStation 4, the developer has now revealed the horsepower that PC gamers will need to run the game on their rigs.

Far Cry 4 is a huge game packing a lot of stuff in its rich open world, and that is exactly why you can expect the game to ask for some serious hardware power. The system requirements revealed by Ubisoft recently show that while the game is demanding enough, it won’t require as much hardware potential as other latest triple A games, such as Assassin’s Creed Unity or Shadow of Mordor, do. Players will need to have at least 4GB of memory and GTX 460 or AMD Radeon HD5850 to run the game on lower settings, while those who wish to max it out will need 8GB of RAM and GTX 680 (which is minimum for Assassin’s Creed Unity) or AMD Radeon R9 290X. You can check out all the system requirements for Far Cry 4 that were revealed on UbiBlog recently.

Along with the system requirements, Ubisoft also released a new video to convince you how wonderful Far Cry 4 looks while running on PC with the latest PC exclusive NVIDIA features. In the video, PC producer Semen Kovalev explains how the set of GameWorks technologies has been utilized to produce realistic in-game graphical effects. The most common technologies include Horizon Based Ambient Occlusion or HBAO+ and Hairworks that help in modelling realistic hair and fur, PCSS Shadows that produce soft-edged shadows according to the dimensions of the object, and Temporal anti-aliasing that polishes the edges and curves of the in-game structures and objects. Overall, these exclusive features combine to provide an exceptional gameplay experience on PC.