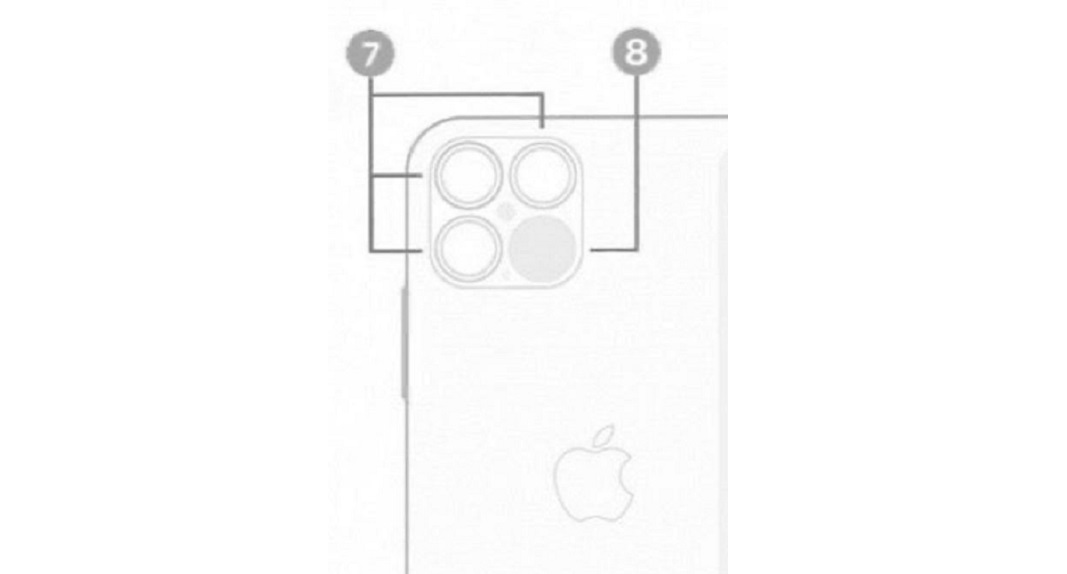 The next iPhone is still months away from being announced and there have been several leaks and rumors surrounding the handset's potential design. The leaks segue to the next, drawing the potential picture of what we can expect from the Cupertino-giant later this year. The latest leaked image shows the iPhone 12 Pro's camera module that now features a LiDAR scanner.

The leaked image comes from Concept iPhone who says that the leak was obtained from Apple's forthcoming firmware. Furthermore, the image seems to have originated from some kind of repair or user guide. The exact details of it are not known at this point.

According to the leaker, the image was found in iOS 14, however, we would advise you to take the news with a pinch of salt. As mentioned earlier, the leak shows the back of the iPhone 12 Pro that features the same square hump as the iPhone 11 Pro. Take note that the image also shows a LiDAR scanner which is similar to the one that Apple debuted with the 2020 iPad Pro.

Other than the LiDAR scanner, the iPhone 12 Pro also features three camera sensors - wide-angle, ultra-wide-angle and a telephoto sensor. As for the flash, it is snuggled between the four sensors in the middle as can be seen in the image.

Apple seems to be heavily investing in pushing AR experiences with iOS 14. Henceforth, a LiDAR scanner will make it easier for the process to go through as we have seen on the 2020 iPad Pro. Apple is expected to incorporate a LiDAR scanner in the iPhone 12 Pro and we will share more details on it in the coming months as soon as more leaks start pouring in.

The LiDAR scanner on the iPad Pro can scan objects up to 5m away in a jiffy and there's no lead time to observe or scan the environment. This makes the process fast and seamless. The functionality of the LiDAR scanner betters the occlusion effect in applications that make use of AR. However, it might be too early to speculate what LIDAR will be capable of until iOS 14 is officially rolled out. Apple might have specific plans for the hardware and it will only be revealed with the release of the firmware. Apple will announce iOS 14 at its WWDC 2020.

That's all there is to the iPhone 12 Pro leak surrounding the LiDAR scanner. We will share more details on the handset as we hear it. Do you think a LiDAR scanner will make a gigantic difference for an upgrade? Let us know in the comments.