Earlier this month, Apple had seen fit to release the second beta of iOS 13.3.1. It has now been discovered that it includes a toggle to disable the Ultra Wideband chip in the device. The new toggle can be found in the Settings app if you're running the latest beta of iOS 13.3.1.  Let's dive in to see some more details on the build and how you can disable the Ultra Wideband chip in your iPhone.

It was also discovered last month that the iPhone 11 and iPhone 11 Pro were requesting location data in the background despite the location services being turned off. Apple stated that it was due to the new UltraWideband chip in the flagships.

It was first spotted by a Twitter user @BrandonButch and you can disable the Ultra Wideband chip by following the instructions below.

1. Navigate to the Settings app.

3. Now, tap on System Services and then toggle off the Networking & Wireless option. 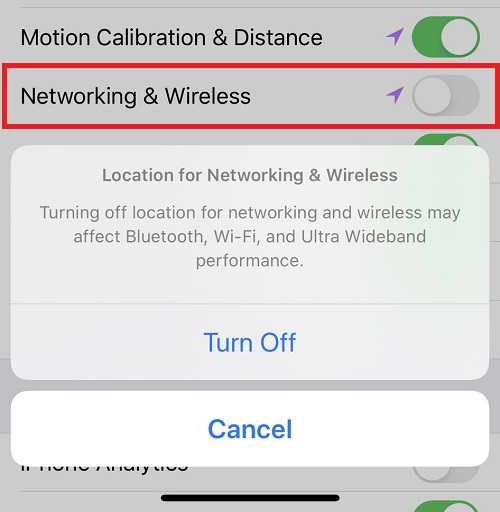 Do take note that once you disable the feature, Bluetooth, Wi-Fi, and Ultra Wideband chip performance will be affected. Apple decided to add the toggle to the mix when the devices continued to request location data even when location services were turned off. As per Apple, the iPhone performed as it was intended to.

Ultra wideband technology is an industry standard technology and is subject to international regulatory requirements that require it to be turned off in certain locations. iOS uses Location Services to help determine if ‌‌iPhone‌‌ is in these prohibited locations in order to disable ultra wideband and comply with regulations.

The management of ultra wideband compliance and its use of location data is done entirely on the device and Apple is not collecting user location data.

The toggle will be available to all users when iOS 13.3.1 will be released. There will be more to the story, so be sure to stay tuned in for the latest.

This is all for now, folks. What are your thoughts on the new toggle to disable the Ultra Wideband chip on iPhones? Let us know in the comments.