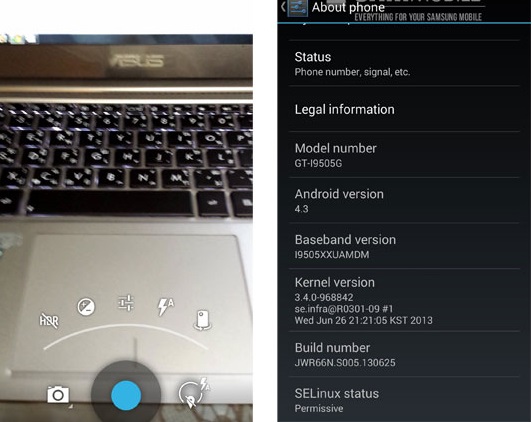 With some retooled controls for Camera, the latest Android 4.3 Jelly Bean will be obviously carrying some more tweaks and features too. Refreshed camera interface, more regular appearance of a share button and some other minor tweaks are some of the few expected improvements. If you do not worry about voiding the warranty, here is the post to guide you to update your Samsung Galaxy S4 i9505 to the latest Android updates of 4.3 Jelly bean: Upgrade Samsung Galaxy S4 i9505 to Android 4.3 Jelly Bean.

How to Install Official CyanogenMod 10.2 Nightly on LG G2

How to Install Official CM 10.2 Nightly on Samsung Galaxy S2