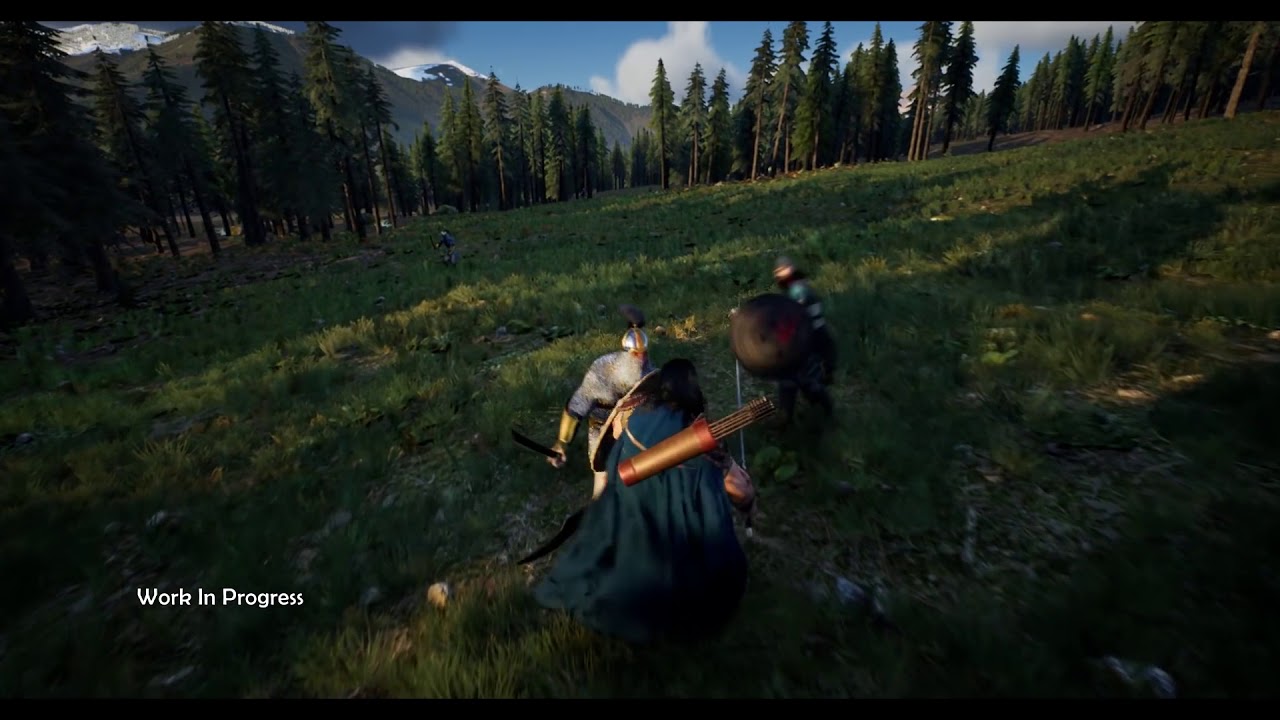 A Kickstarter campaign has been launched today for Knights of Light, the unique action role-playing game currently in development by Rumbling Games Studio.

Knights of Light is going to set itself apart from most modern action role-playing games series with its setting, as it will be the first franchise of the genre that will be focused on the history of the Middle East. The first game will focus on the battle of Al Qadissiyah between the Sassanian Empire and the Islamic Caliphate in 636 AD.

The story will feature war and conflicts from different perspectives. The player will not find pure angels against worthless barbarians, Instead he will face moral and diverse conflicts with deep character development from both his allies and enemies through the campaign.

The main battle will not be the core event instead it will be a part of the campaign timeline. And even the side stories are based on the local communities and tribes that existed back then. Every faction had their alliances and disputes before and after the conflict.

Despite being a historical story we will introduce some fantasy elements. This will add diversity and more enjoyment for the player. But we confirm here that it will be a branched optional story to make it distinguished from the main story. The Middle Eastern fantasy & culture are RARELY introduced in games that is why the experience will be very authentic and different. However if any player loves to stick with realism in his experience he can easily choose not play these path in the story.

Our game writer is very obsessed with history to the tiniest details. His specialty is the military conflicts in the middle ages. He believes no matter the time and era is distant there is only one truth: Human nature with its beliefs, morals, motives & conflicts.

To provide more authentic references we have the consultation of an academic history professor from the university of Toronto who will cooperate with our writer to review and validate the project historical accuracy.

Knights of Light will also feature a huge open world representing Iraq during the seventh century, multiple characters based on historical figures and an involving battle system featuring different weapon types, beheading and dismembering and more. Survival mechanics will also be in.

Knights of Light is set to release on PC, PlayStation 4 and Xbox One. More information on the game is found on the game's Kickstart Campaign page.

Xanadu Next Review – A True Blast from the Past