Victor Vran may be voiced by the famous Geralt of Rivia, but the world of Zagoravia doesn’t have quite the same gritty appeal as the Witcher 3. Luckily, you’ll be slaying far too demons, monsters, and other nasties to really care about the socio-political tensions you’re missing out on.

I hope you like the name of the city, by the way (Zagoravia), because they say it literally all the time. I don’t know if they just wanted Geralt's voice actor to utter the most ridiculous name possible, or, no, I think it must have been that. There is no reason for them to repeat the name so often and it doesn’t become any less silly the more they say it.

Moving away from my pet peeve, Victor Vran: Overkill Edition is a surprisingly enjoyable game. Although it doesn’t offer much beyond the standard dungeon crawling adventure, its amusing set of characters keep you more engaged than other games that let you drift away while your fingers continue doing their heroic duty. Mostly, credit goes to the disembodied antagonist that taunts our lovable Witcher, I mean demon hunter, on his quest. Although he has a voice like a horror storyteller on Youtube, his mostly dry and funny insults are something to look forward to with each venture into demon country. He might not have the same off the hinge hilarious monologues of Handsome Jack, but there is something enjoyable in giving the villain some time to flex his evil wings.

When you’re not being insulted by the demonic equivalent of a melodramatic drama student, you spend your time in Victor Vran: Overkill Edition murdering a variety of mythical creatures while hoarding an impressive stash of weapons. From swords to shotguns, hammers to scythes, you get to choose an impressive array of killing implements, all with their own stats and animations. You can equip two weapons at a time and swap them in and out as needed, unfortunately, the menus make that something of a challenge.

While it looks simple enough, with its loadout on one side and the inventory on the other, some irritating glitches make it impossible to utilize your full range of options. One such annoyance was when the one weapon sticks to your selection box. Now this is an intentional menu design, though I can see no benefit. Using the left stick will move the box, while using the d-pad will move the weapon.

I might have noticed a little sooner but Victor Vran’s mighty selection of weapons is let down by lack of variety is in icons. Although you’ll be graced with the occasional colored background to denote rarity, there is only a handful of different icons for each weapon type, from swords to hammers and even the DLC weapons as well.

But you’ve got more than the weapon on your back to tailor Victor Vran into your own style of demon hunting. Spell-like demon powers and potions offer a variety of benefits while your outfit and destiny card offer some passive bonuses. Tweaking your loadout between combat is relevantly easy (when the inventory works) and can be a fun way to keep the game fresh.

You’ll also be able to experience Victor Vran: Overkill Edition in co-op, both online and couch, if you prefer. It doesn’t really change much but companionship is never a deal-breaker is these kinds of games. Plus, you’ll have someone to stroke your ego when the nasty demon voice says something mean.

If you hadn’t guessed by the subtitle, this isn’t Victor Vran’s first outing. You may have seen him on Steam a few years ago. Not much has changed since then, although the console version does give the player access to both DLC packs, a Motorhead inspired realm and a randomly generated dungeon designer for you to while away the hours which is nice. Now I know next to nothing about Motorhead, to the point where I can't find the button to give the 'o' its little dots, but the scenery does take a dramatic turn towards World War II for some reason. Its refreshingly bizarre, with the voice of the Furher replacing the mischievous demon with a weirdly welsh accent. You get to kill things with guitar solos and it offers some of the most clustered, hilariously frantic combat in the game.

It might feel like I’m being a bit overly critical of the master demon hunter here, and perhaps I am. The game is enjoyable to offers the satisfying grind loop that can be hard to escape from. Its grim gothic fantasy is a tried and tested setting is exactly what you’d expect. The story is suitably and expected fantastic, with brothers-in-arms, exiled royalty and nefarious plans, and that is why I just can’t fully commit to this game. It is too expected. No matter how good it does something, it doesn’t ever surprise the player. While its whimsical DLC lets you use guitars as weapons, there isn’t anything that stands out with Victor Vran: Overkill Edition.

Marvel Omega had its familiar heroes and villains, Diablo had its huge scale and different classes, but Victor has nothing but his voice. I can’t say this is a bad game, and the urge to play one more level, to aspire for some slightly better gear is definitely there, but for lack of a better word, there’s no gimmick. This is a game you can picture almost perfectly in your head, right now. Having read these words and seen these gameplay pictures, you know exactly what to expect.

If this is what you seek, then Victor Vran: Overkill Edition will not disappoint. But for those of others who want to be surprised by the games we experience, there is just the smallest level of dissatisfaction when you find yourself in the minute of a perfectly good, perfectly predictable game. 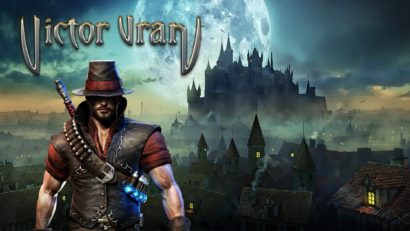 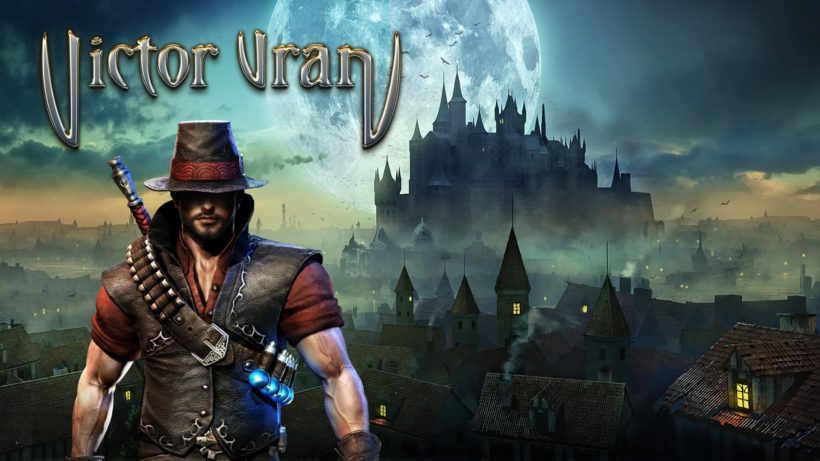 While I can't flaunt the game for anything bar a broken inventory system, I struggle to find anything outstanding to say about it as well.