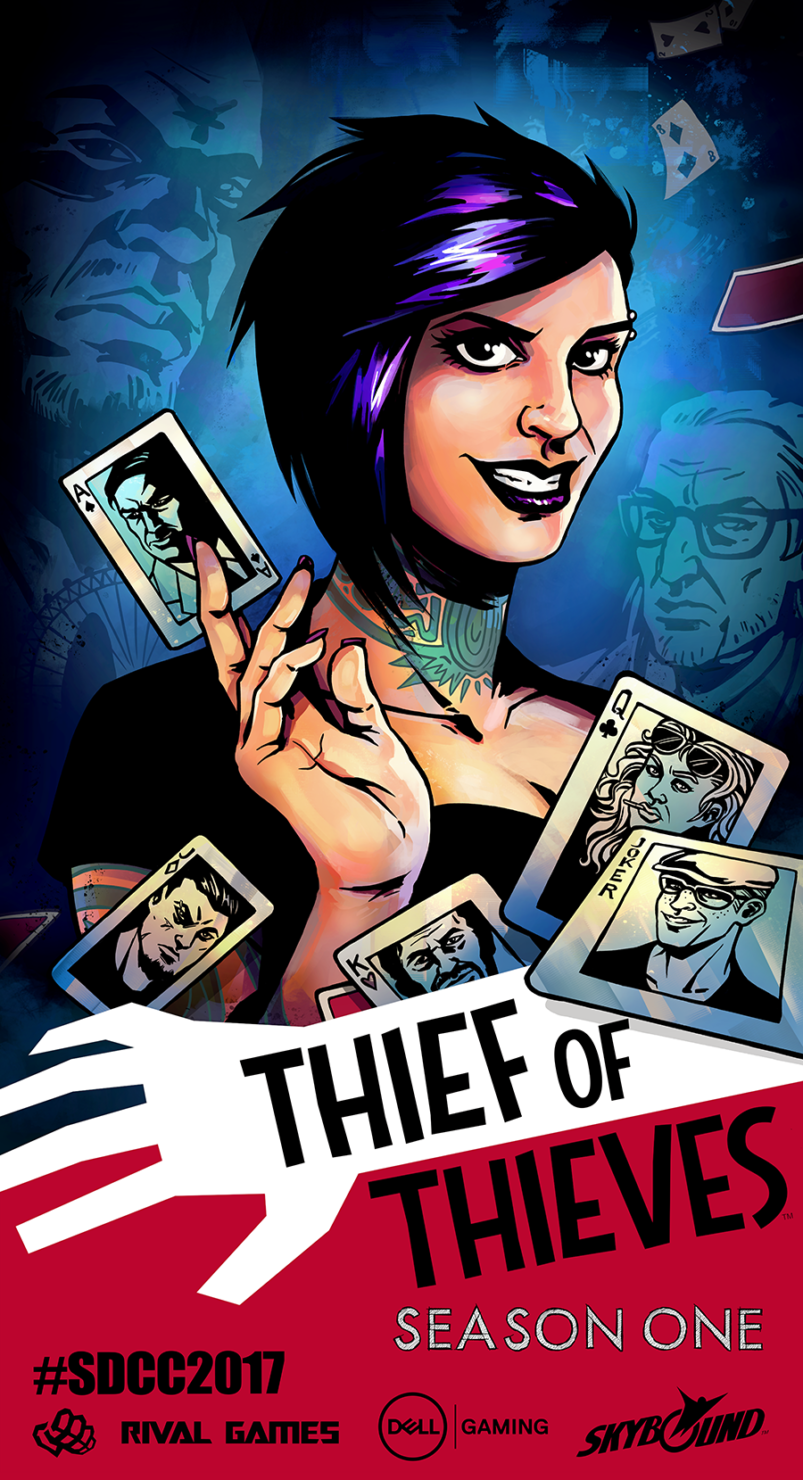 Another of Robert Kirkman's creations will be translated to the videogame medium after his global hit The Walking Dead. We're talking about Thief of Thieves, the comic book series which debuted in 2012.

In a press release issued today, Skybound Interactive and Rival Games announced the project with a brief teaser trailer that can be seen below. The game will be available to play at San Diego Comic Con, at the Future US booth (booth #241) which has been created through a partnership with Skybound, PC Gamer, Dell Gaming, and Future where a handful of Skybound’s interactive games will be available to play on PC consoles.

We’re excited to broaden Robert Kirkman’s world with a mix of characters from the original plot and fresh faces. Rival Games has created an excellent expansion of the original storyline and we can’t wait to share it with our fans.

Comics have always been close to our heart here at the studio, and Thief of Thieves obviously resonates with the team as a crime story. Our cooperation with Skybound has been fruitful from the start, and we've been enjoying some great input from their creative team.

Thief of Thieves Season One is a character-driven game of heists and the people who perform them. The game combines a strong, branching narrative with diverse gameplay, such as stealth, social engineering, and lockpicking.

The protagonist of the game is Celia, the protege of the eponymous master thief Conrad “Redmond” Paulson. While the comic book series introduces Celia in a flashback, the game will detail how Celia became an accomplished thief of her own.

Thief of Thieves Season One will be released in four episodes early 2018 on PC; there's currently no mention of consoles.