We have covered some Kaveri benchmarks before and I keep thinking that they are over, but it turns out there is one aspect we did not cover. A Chinese site recently ran the Flagship Kaveri APU in a GPGPU showdown against Maxwell and other dGPUs. These benchmarks reveal surprising insights into the power and efficiency of the Kaveri's architecture and in a few cases its weaknesses. Without any further ado (boy this line is getting old) lets begin.

Know Maxwell made headlines for the impressive increase of Performance Per Watt and the no-external-power connector feature. However Nvidia hardware has always been very restricted in terms of Double Precision computing and GPGPU in general. The reason is of course deliberate DP restriction per GPU Cycle to usually 1/8 the SP amount. So just how well will the GTX 750 and TX 750 Ti fare against an iGPU, more specifically the AMD Kaveri A10-7850K, in a battle of Compute. What may normally be an unfair match (iGPU vs. dGPU) becomes surprisingly competitive as you will see.  Oh and I almost forgot, a big shout out to inpai.com.cn for providing us with the benches. A DDR3-2400 Mhz Dual Ranked RAM was used for the APU to make sure it performed at its best. 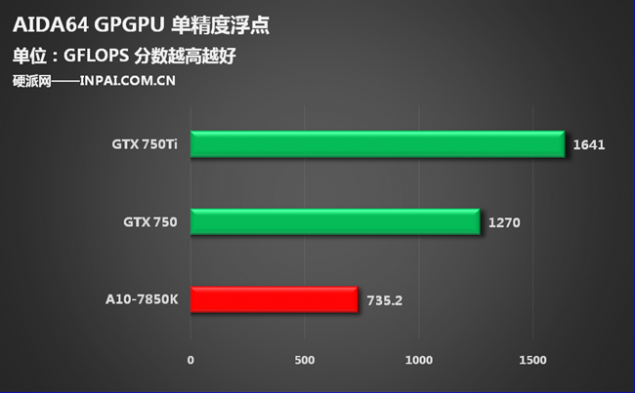 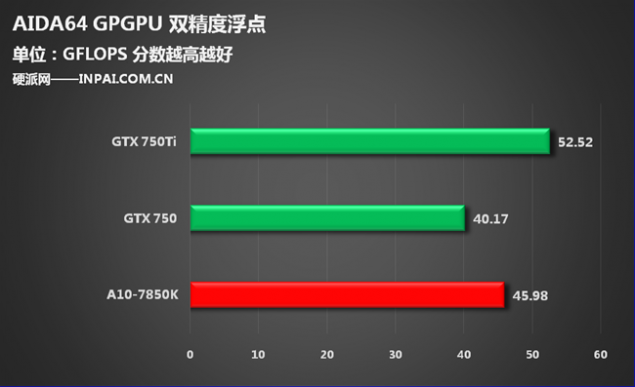 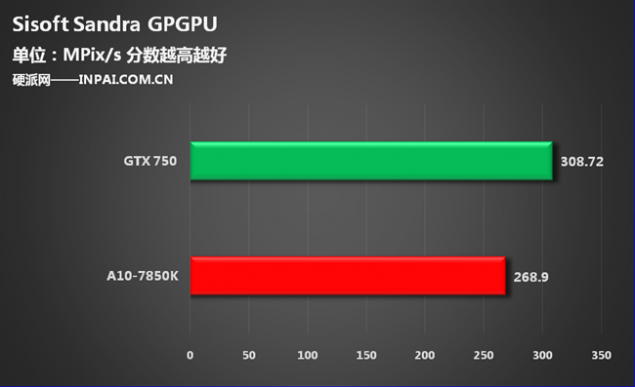 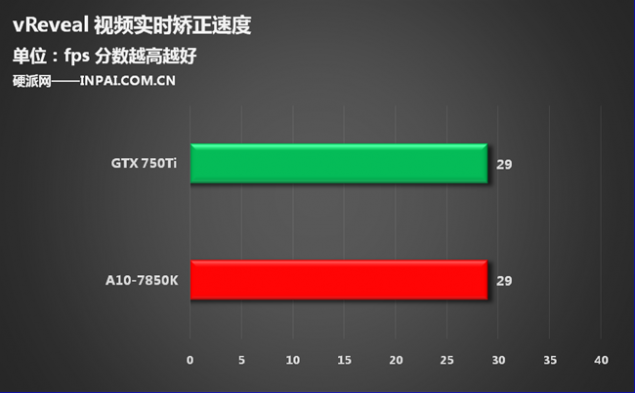 The first benchmark is of the well known Compute solution AIDA64. Now the first benchmark runs in Single Precision mode and here the Maxwell GPUs, the GTX 750 and GTX 750 Ti take the lead. The margin here is very high and the performance is almost 2x and 2.5x that of the AMD Kaveri. But wait, watch what happens when we switch to Double Precision Mode. The change in the graph's dynamics is staggering to say the least. Where the Kaveri APU was once lagging behind by a huge margin, it now pulls ahead of the GTX 750 to comfortably sit between the two Maxwell GPUs. Yes, this is an iGPU, pulling ahead of a full fledged dGPU!

The second benchmark is also a well known GPGPU software called Sisoft Sandra GPGPU and though here the Maxwell GPU GTX 750 leads the benchmarks the margin is really not that huge. However note that the GTX 750 Ti was not expected whose performance would have been greater than the 750. The last benchmark is of a not-very-well-known application called vReveal, which is used for advanced video processing the corporate sector. Here the results of the GTX 750 Ti and the 7850K are completely equal. Which means that had the GTX 750 been shown, its results would be less than that of the APU. So basically overall, the performance of the Kaveri APU fluctuates around the GTX 750, while the 750 Ti stays in the lead or equal. Now though technically, Maxwell or more specifically the GTX 750 Ti wins the round, the fact remains that the performance of the APU is very very impressive. It is very pleasing to see iGPUs becoming powerful enough to stand their ground against dGPUs.

The last episodes of our Kaveri Showdown benchmarks: