A couple of weeks ago I did a Kaveri benchmark saga which ended in monstly mixed results. However the folks over at Extremetech have just rolled out a new showdown that was not included in our previous benchmarks of Kaveri. So here it is folks, the stakes this time are budget and the style is 'Dual Graphics' with the APU Flagship A10-7850K competing against the Intel i3-4330.

I think its worth mentioning here that ExtremeTech also did the showdown with the last generation of Intel's and AMD's SKUS. And AMD Won. Ok, enough preliminaries, here are the specs of the configurations tested:

Ofcourse since APUs are in question, RAM becomes of vital importance, the guys used 8GB worth of RAM clocked at 2133 Mhz (they dont mention wether its Dual or not). This frequency, considering it is budget gaming after all, seems fine. They also disabled Turbo Core after the recent revelation about how it negetively affects Dual Graphics performance  Without any further ado, the benches: 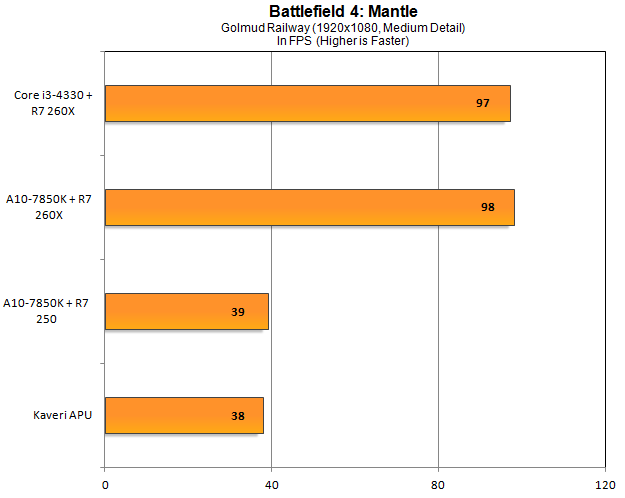 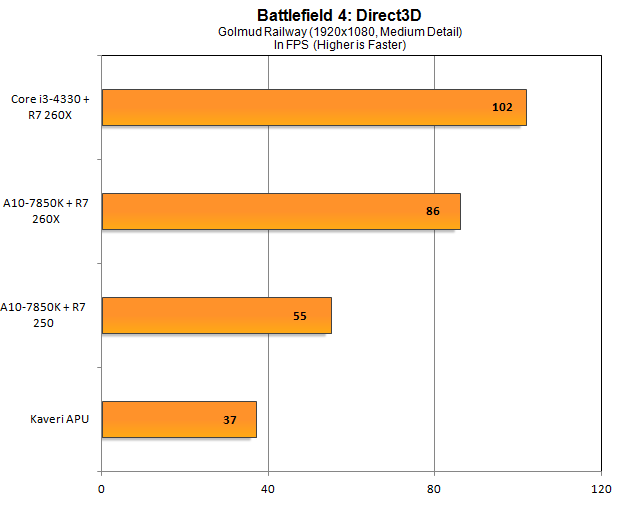 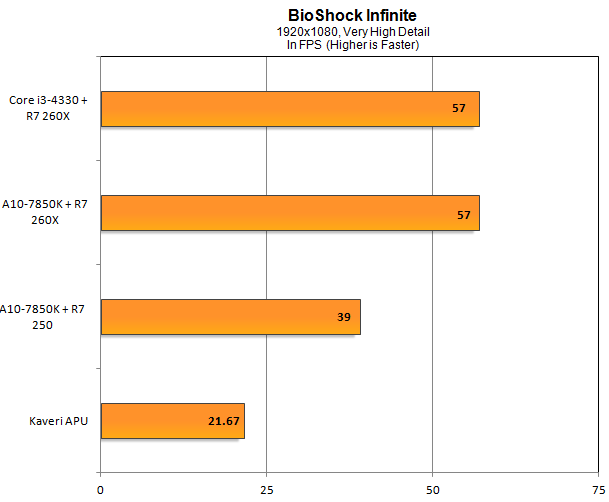 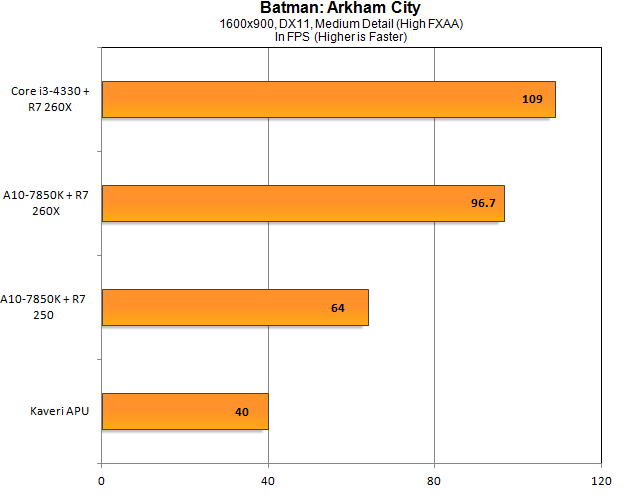 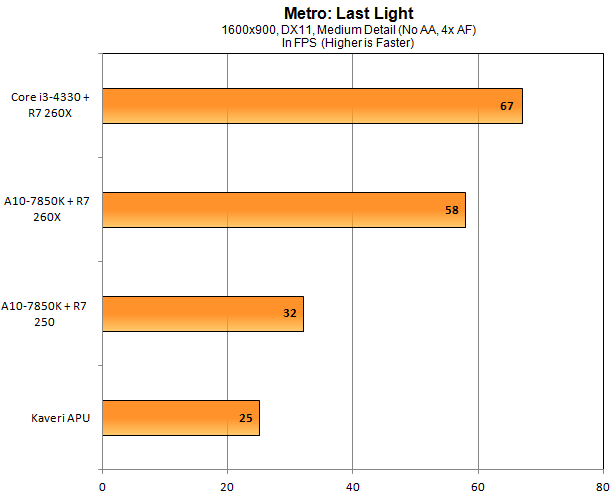 I am not going to comment much this time and let the benchmarks speak for themselves. I will say this however that once again the power of the Mantle API is showcased. It appears that the Intel i3-4330 combo triumphs over the A10-7850K not only in terms of price but in terms of performance as well. Overall it seems that if you are going for a dual grahics based, budgeted approach, a Core i3-4330 and an R7 260X is the way to go, as opposed to a A10-7850K and a R7260X.