Some very interesting results appeared on the Chinese site Mydrivers.com. The benchmarks pit the Kaveri APUs with the R7 250 and R7 240 in Dual Graphics mode along with the Frame Pacing Fix. The result? see for yourself.

Since i have already spoiled the cake for you with that heading, let me give a few preliminaries first. The APUs tested were the Kaveri Flagship A10-7850k and the A8-7600 coupled with the R7 250 and R7 240 respectively. The games tested varied from demanding to not-so-demanding and included but were not limited to: Crysis 3, Battlefield 4, Bioshock Infinite and Call of Duty Black Ops. The graphs shown are weighted and they start at the 15 frames per second mark. Anyways without further ado (finally) the benchmarks: 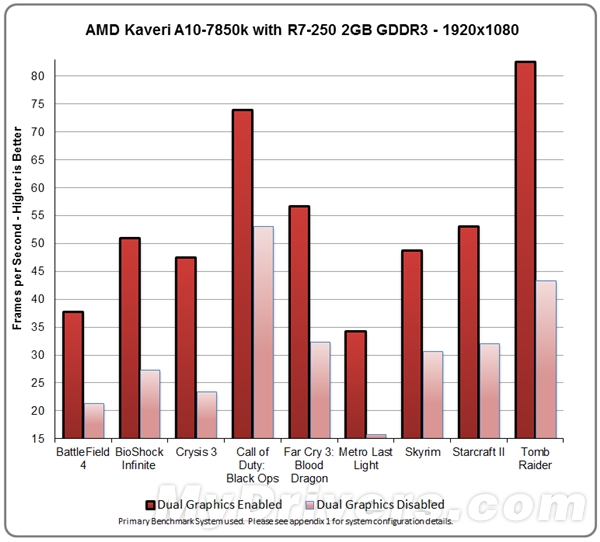 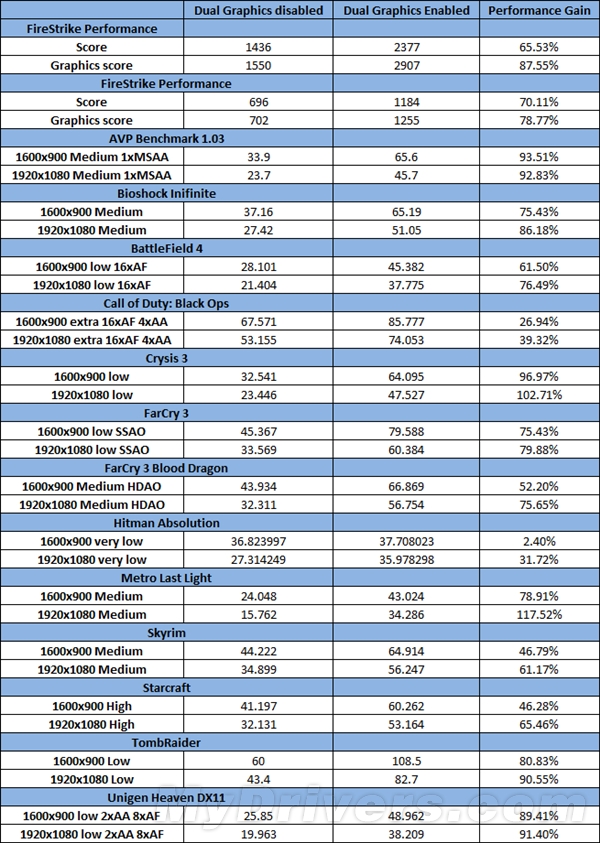 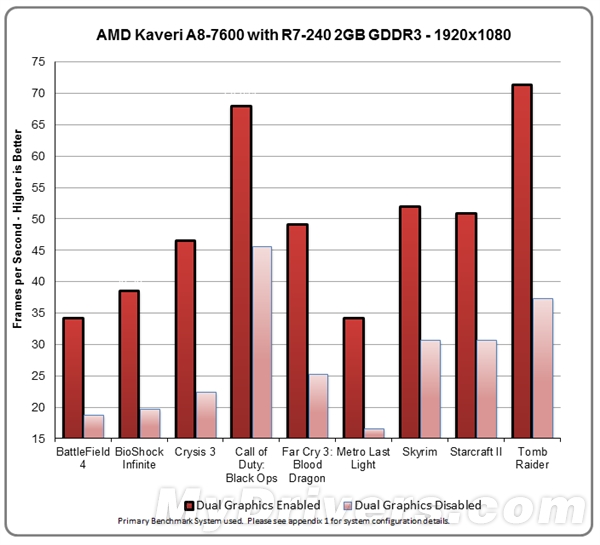 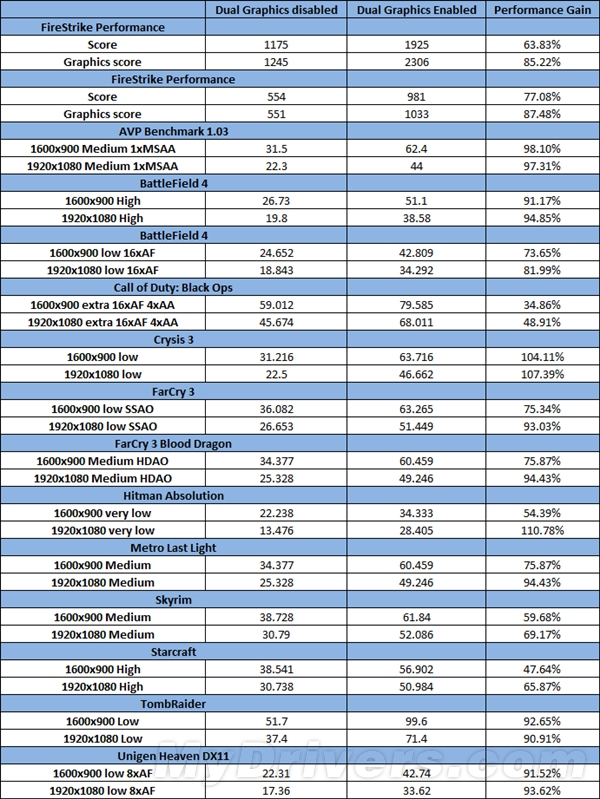 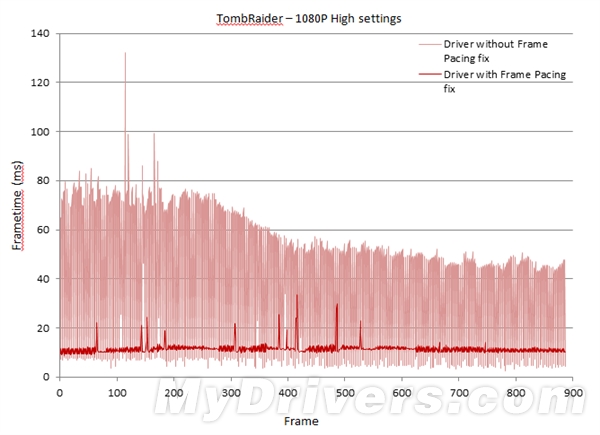 The last one is the benchmark conducted to measure the framepacing. As you can see the frame pacing fix makes one helluva difference in Dual Graphics Solutions decreasing the delay by about 80-90%. This is extremely impressive. Thats all folks.