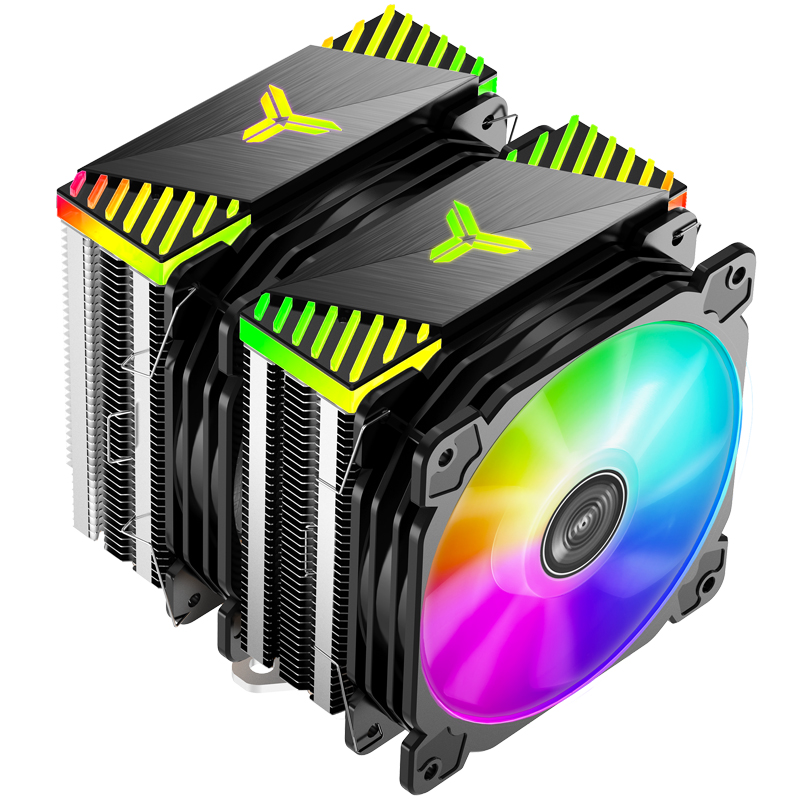 Jonsbo has announced the CR-2000, a type-D (or double fin-stack) CPU cooler. This cooler is perfect for the RGB fanatic, having RGB fans and a brushed metal top-plate that offers RGB lighting as well as showing the Jonsbo logo.

The CR-2000 looks amazingly beefy, having a twin fin-stack design and has RGB lighting all over the CPU cooler, keeping the color theme of the PC completely intact.

Jonsbo's CR-2000 CPU cooler has a large amount of RGB lighting, having both an illuminated metal top plate that has both the logo and design at the top and the bottom of the plate being illuminated. This allows this CPU cooler to show off the components and makes your PC stand out with the lighting, which is all powered from a single 3-pin 5 V ARGB cable. 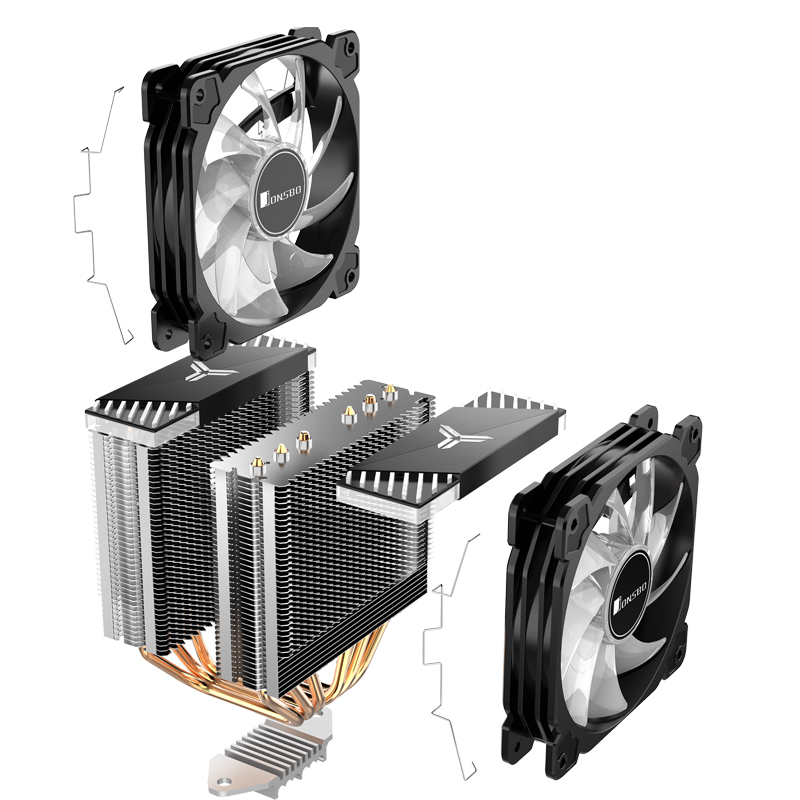 While this CPU cooler only comes with two fans, one able to be installed on the front stack and a second installed in the middle of the stack, there is enough space to mount a third fan on the end of the second stack, which allows for much better airflow. With the two fans, this CPU cooler has a fan airflow of 25.5 to 62.8 CFM. The Noise level, as listed on Jonsbo's product page, is 18.1 to 29.5 dBA at the highest settings of the fan.