A couple of days back it came to our knowledge through a string of iOS 9 code that a future iPhone model might incorporate Li-Fi technology for lightning fast wireless speeds. Now, another string of iOS 9 code has surfaced which brings to the table another interesting bit of information - the iPhone 7 might not have a headphone jack after all.

The Internet was taken by storm a while back as it was revealed that Apple might ditch the headphone jack on the iPhone 7 to achieve an even thinner physical profile, and also make the device truly wireless. It was also believed that Apple will toss in wireless Bluetooth enabled EarPods into the mix as well with the iPhone 7. Now, it seems as though all of that could indeed be true, as a string of code in iOS 9, discovered by jailbreaker @kyoufujibaya, reveals that the next iPhone might ditch the analog audio connector for good in favor of something else. 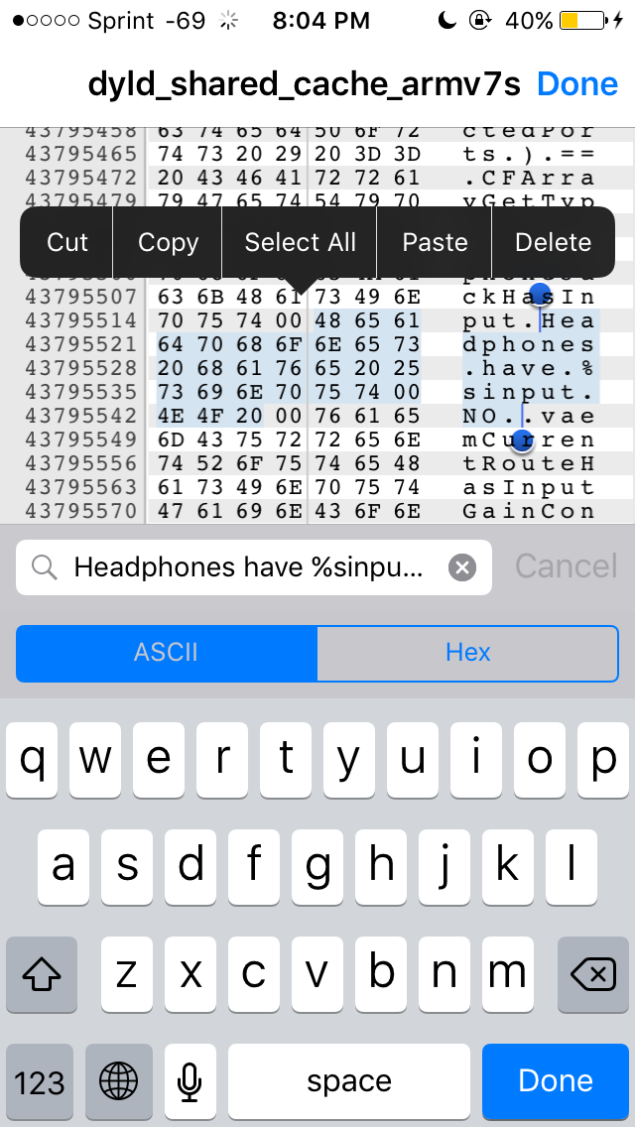 The rumor regarding Apple ditching the headphone jack managed to conjure up quite an uproar in the tech community, even though Cupertino hasn't announced anything officially as yet. The thought of the headphone jack going away with the release of iPhone 7 has even forced manufacturers to jump onboard the wireless bandwagon already, while others have taken different routes such as starting petitions to force Apple to not make the unwanted move.

Personally I do believe that Apple shouldn't give up the headphone jack, but if you look at the calendar and realize how old the existing analog connector is, then it starts to make sense that someone has to phase out this piece of tech one day or the other. We're pretty sure that countless manufacturers will start to make Lightning ready headphones that would support digital audio sound output, enabling for even better clarity when it comes to music, watching movie, or anything else you might have to consume.

At this point in time do keep in mind that the headphone jack going away news is no more than a solid rumor, and is something which has started a startling wave on the Internet. We will only know for sure whether or not Apple will make such a move until or unless a solid hardware leak surfaces online, something which we won't witness for quite a while from today. But still, it's an interesting prospect whether or not Apple chooses to go along with it.

What do you think? Should Apple ditch the headphone jack in favor of wireless audio output? Be sure to let us know in the comments section below.