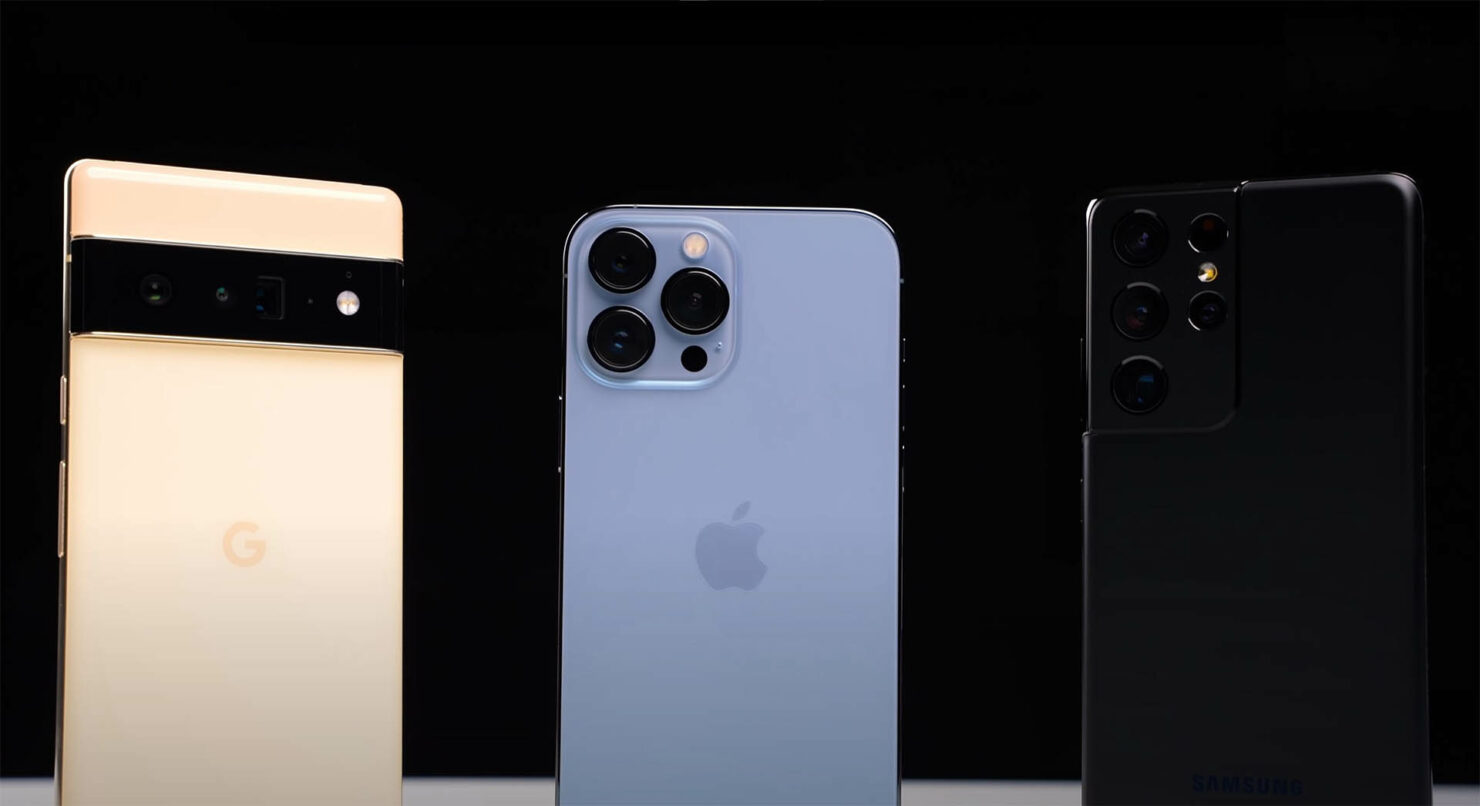 The iPhone 13 Pro Max features a sizable battery upgrade compared to last year’s model, with the flagship now sporting a 4352mAh cell. Critics and reviewers have mentioned that this change makes Apple’s latest and greatest smartphone offering one of the best when it comes to ‘screen on’ time. However, how well does it fare against the Pixel 6 Pro and Galaxy S21 Ultra? Pretty good, actually, but why spoil the fun when we can share all the details with you?

The battery drain test was done by the YouTube channel PhoneBuff, which previously showed us that the iPhone 13 Pro Max barely beat the Pixel 6 Pro in an app speed test. Well, now let us see which flagship out of the three touts the highest endurance. A multitude of tests were carried out, each of them stressing the smartphone batteries extensively. If you check out the video below, it is the iPhone 13 Pro Max that ends up winning.

When the Pixel 6 Pro’s battery completely drained, Apple’s flagship had 33 percent remaining, while the Galaxy S21 Ultra was barely hanging on with 13 percent energy. After Samsung’s high-end smartphone was forced to power off, the iPhone 13 Pro Max continued to chug along with 25 percent juice remaining, which is highly impressive.

According to the tests, the three models gave the following runtime.

As you can clearly tell, the iPhone 13 Pro Max delivers the best battery endurance, which is commendable after you find out both the Pixel 6 Pro and Galaxy S21 Ultra have a larger 5000mAh cell inside their premium housings. This shows the level of optimizations Apple has incorporated in iOS while also giving the iPhone 13 Pro Max battery-saving components.

We were genuinely surprised that the Pixel 6 Pro was beaten by the Galaxy S21 Ultra, bearing in mind that Google’s flagship was running the latest Android 12 update. Perhaps it has to with some additional tweaking, and the Pixel 6 Pro may just slip past Samsung’s most premium handset. If some changes to the software arrive in the near future, we will see if another battery drain test happens and will update our readers accordingly, so stay tuned.

Caviar’s Latest $9,150 iPhone 13 Pro Max Comes With a Real T-Rex Tooth Attached on the Back