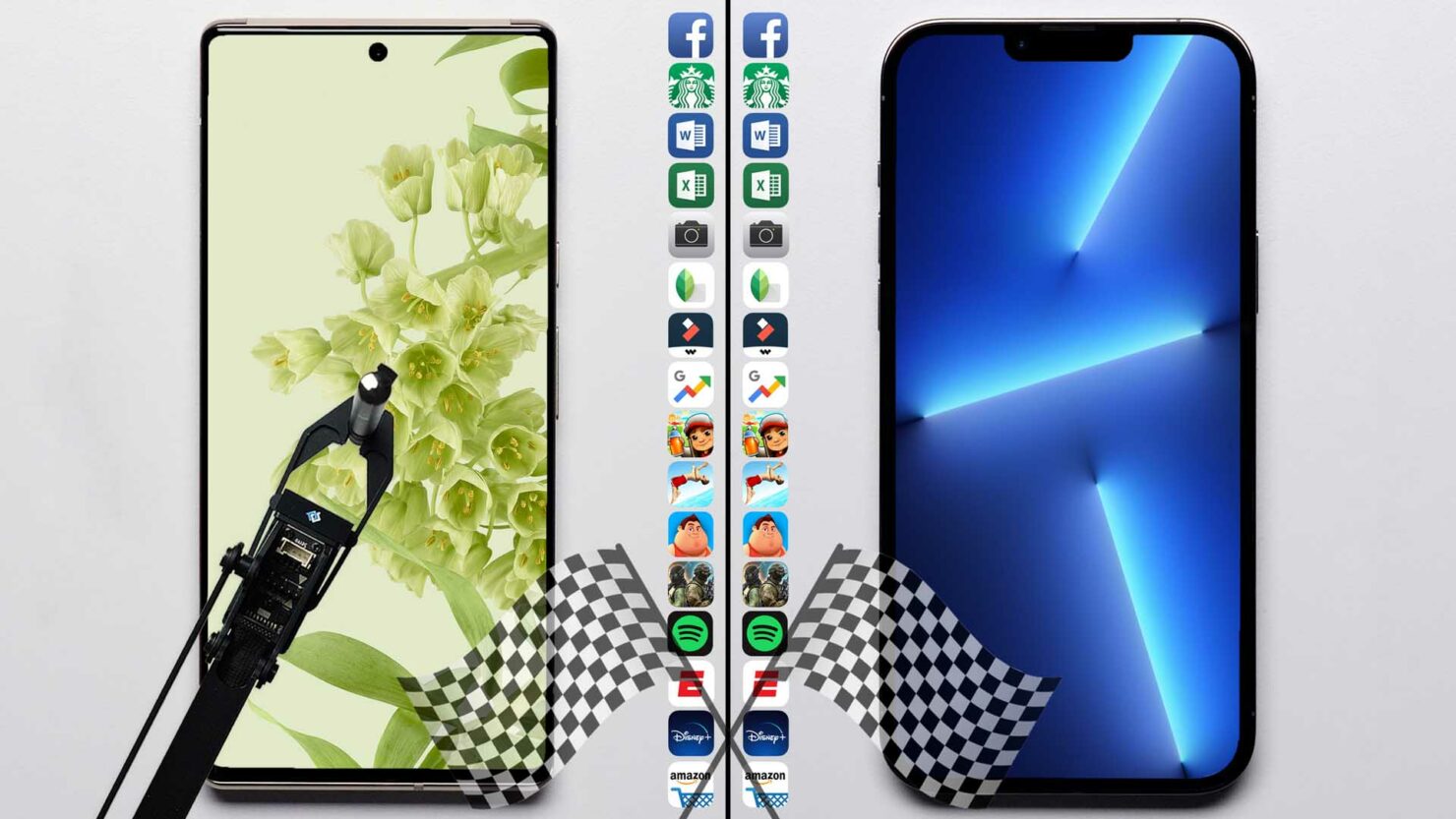 Google went the distance with its Pixel 6 Pro, not only arming it with its custom chipset, but adding a little extra such as 12GB of RAM, a 120Hz LTPO OLED screen, a massive battery, and capable camera hardware. Unfortunately, the flagship was beaten by the iPhone 13 Pro Max in the latest speed test, but the results were much closer than you think.

Currently, the iPhone 13 Pro Max is the fastest phone in the world, but the Pixel 6 Pro’s hefty 12GB RAM count will certainly help to keep apps running in the background. When PhoneBuff carried out the speed test, Google’s latest and greatest handset took the lead comprehensively, only to falter in the video export test, showing the performance limitations of the Pixel 6 Pro’s Tensor chip.

The iPhone 13 Pro Max, on the other hand, blazed through this part of the test, showing what its A15 Bionic is truly capable of doing. The first lap was a close competition between the two flagships, with the iPhone 13 Pro Max finishing in 1 minute, 59 seconds, while the Pixel 6 Pro was a close second at 2 minutes, 3 seconds. Afterwards, PhoneBuff decided to re-open the apps in an attempt to see if the 12GB of RAM was sufficient.

It turns out it was. Unfortunately, since the iPhone 13 Pro Max already attained a small lead in the first lap of the speed test, it managed to extend that lead by finishing first, with the Pixel 6 Pro completing the same test with a difference of six seconds. While Android flagship enthusiasts will not gain any bragging rights here, it is still an impressive showing, especially considering that the Pixel 6 Pro is Google’s first offering with a custom chipset.

Previously, the company did not really make any significant efforts injecting premium smartphones to not just take on members of the high-end Android camp, but iPhones too. Hopefully, when Google unveils the second-generation Tensor, we might see some different results in the next speed test. Until then, check out how well the Pixel 6 Pro and iPhone 13 Pro Max performed in the video below.