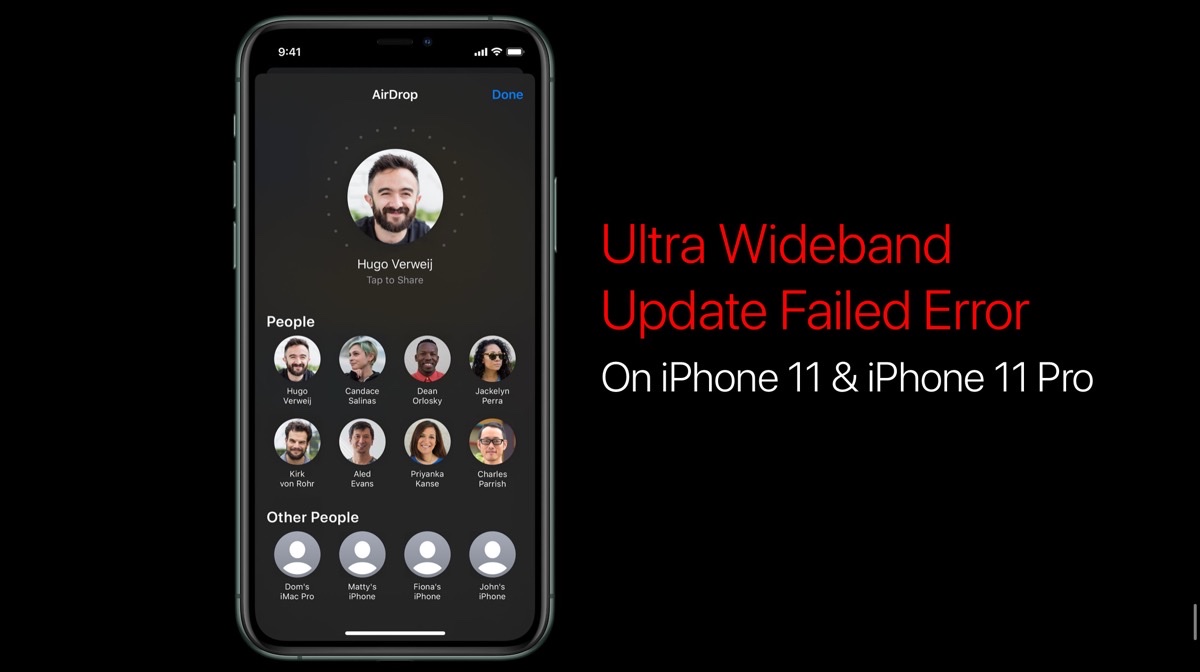 Some iPhone 11 and iPhone 11 Pro users have been reporting an ‘Ultra Wideband Update Failed’ error, after updating to iOS 13.1.3 and iOS 13.2 beta 3. This impacts the iPhone’s capability to send files via AirDrop because it uses the new U1 ultra-wideband chip. This issue does not seem to be widespread, but it is being discussed on various online forums, along with a solution that has worked for some.

Users from Apple forums, Reddit and MacRumors forums have been sharing their experiences with the ultra-wideband failed error message appearing on iPhone 11, iPhone 11 Pro and iPhone 11 Pro Max. The following message pops up after updating to iOS 13.1.3 or iOS 13.2 beta 3, or even iOS 13.1.1, as shared by some users.

After seeing this message, many users have been unable to send files via AirDrop, which utilizes the new U1 Ultra-wideband chip in iPhone 11 and iPhone 11 Pro. While this is likely a software issue, we are not too sure what is causing this problem for only some users. It might be possible that different variants and model numbers of iPhone 11 are responding differently to the latest iOS updates.

Some users shared that they were able to get rid of the error by putting their iPhone in DFU mode and restoring their iOS firmware. Afterwards, they restored their iCloud or iTunes backup, and did not see the error message again.

Others did not find any success through this method and had to go to the Apple Store and get their iPhone replaced, which indicates the likelihood of hardware failure. Getting a replacement might be your only choice if the DFU restore method fails.

Ultra-wideband technology is a new technology that allows precise location detection, even indoors. The spatial awareness of the U1 Apple designed chip should help find other devices with an accuracy of a few centimeters. However, the U1 chip is only available in iPhone 11 and iPhone 11 Pro models so far. It is expected that Apple will announce new a new ‘tile’ hardware this month, which will also sport a U1 chip. This tile will allow users to tag items like their keychains and find them with ease.

Even though there has not been any ‘bend-gate’ or ‘antenna-gate’ like issue this time around, issues like camera flare and display scratches have been reported with iPhone 11 models. These issues have not made any impact on iPhone 11’s sales, whatsoever.

Have you seen this issue on your iPhone 11 after update? Let us know in the comments below.