iPhone 11, iPhone 8 Popularity Could Surge in the Next 12 Months, as They Offer More Value 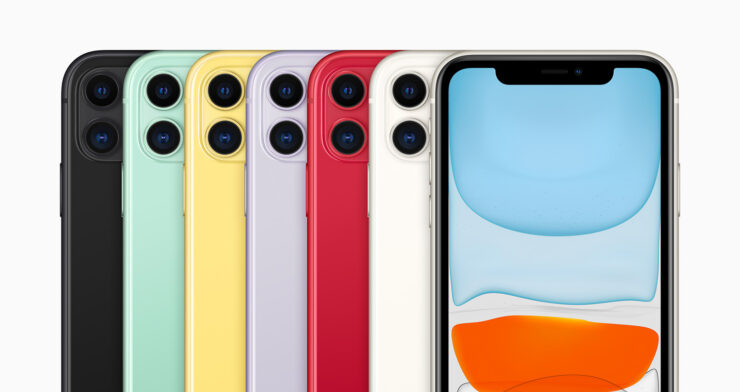 iPhones are usually on the higher end of the price spectrum and it is believed that this has affected sales volume for Apple. The current lineup, however, contains a mix of both affordable and pricier models and a new report claims that lower prices certainly seem to be helping with demand. More specifically, the iPhone 8 and the iPhone 11 appear to be doing well.

iPhone 11, iPhone 8, & iPhone 8 Plus Could Account for 40 Percent of Apple’s iPhone Revenue for the Next 12 Months

When Apple introduced the 2019 iPhone lineup, it didn’t discontinue the iPhone 8 and iPhone XR, which start at $449 and $599 now, respectively. Moreover, this year’s entry-level model, the iPhone 11, starts at $699 and is $50 cheaper less than the introductory price of the iPhone XR, while providing a significant bump in hardware, performance, and features. If that doesn’t help to boost Apple’s iPhone sales then we don’t what will?

It’s being reported that the iPhone 11, iPhone 8, and iPhone 8 Plus are expected to make up for 40 percent of overall sales over the course of the next 12 years. Apparently, users are opting for the more affordable models instead of splurging on the more premium ones in the anticipation of the 5G variants that are expected to launch next year. In a previous report, the iPhone XR ended up being the most popular smartphone for the second half of 2019.

With iPhone XR now $150 cheaper, and the iPhone 11’s introductory price $50 less expensive compared to the iPhone XR’s launch price, it’s expected both these devices could hit a home run and become the success story Apple was hoping for.

Also, because of the popularity of the relatively cheaper iPhone 11 and iPhone 8, the average selling price (ASP) of iPhones is expected to go down by 4-6 percent during the fiscal year 2020. While this will most likely boost upgrades, opinions are divided over whether the volumes will be enough to offset the decline in revenue caused by the lower ASP. The newly launched Apple Arcade and Apple TV+, as well as other services, are expected to pick up some slack.

Next year, the revenue iPhones bring is expected to increase with the introduction of a 5G-ready handset. Unlike its rivals, the Cupertino giant hasn’t released a 5G device yet and since the new standard is not readily available in so many markets, it was perhaps a sensible decision on Apple’s part.