Even though we’re about to see the new iPhone 12 lineup in action, it’s honestly impressive that the iPhone 11 continues to sell in large volumes in not just the U.S., but globally as well. According to a new report, Apple’s $699 model was the highest-shipping for the first half of 2020.

Despite the Ongoing Pandemic, the iPhone 11 Raked in 37.7 Million Units - No Other Model Came Close

The statistics shared by Omdia (via Pocketnow) state that the iPhone 11 accumulated 37.7 million in shipments for the first half of 2020. The impressive findings from these stats is that the second-most popular handset didn’t even close to the number of shipments that the iPhone 11 garnered. That model was the Galaxy A51 and it only managed to reach 11.4 million shipments, which isn’t even half of what the iPhone 11 shipped.

Additional data shows that 2018’s iPhone XR still finds a place amongst the most popular devices for the second half of 2020, shipping 8 million units in total. For the future, when the iPhone 12 range is officially announced, it’s rumored that Apple will reduce the price of the iPhone 11 to make the model more compelling and to complete its smartphone range for 2020. It’s also rumored that the iPhone XR will be discontinued, but considering the number of shipments according to this data, it’s unlikely that Apple will be willing to get rid of it. 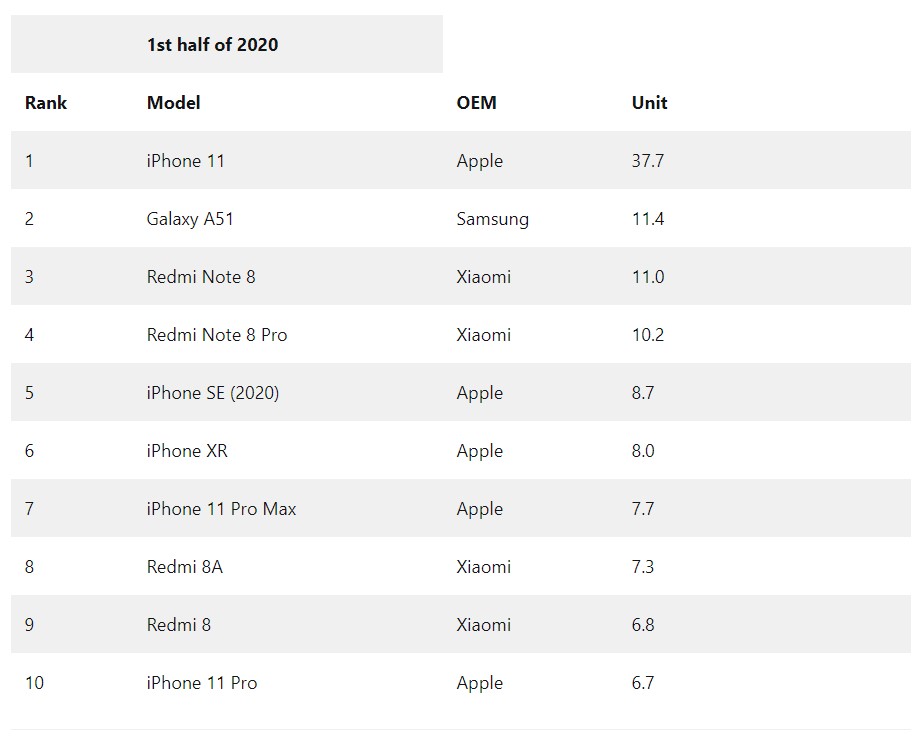 The iPhone 11 also holds the highest market share in the U.S. per smartphone model, and we feel that with a price cut, Apple could sell even more of these in the future. One reason why this model continues to sell considerably well is because of its price-to-performance ratio, as it features the powerful A13 Bionic, a decent dual-camera configuration that offers respectable image quality, a modern design, and an impressive array of features.

Do you think the iPhone 11 will continue to sell well even in 2021? Tell us down in the comments.