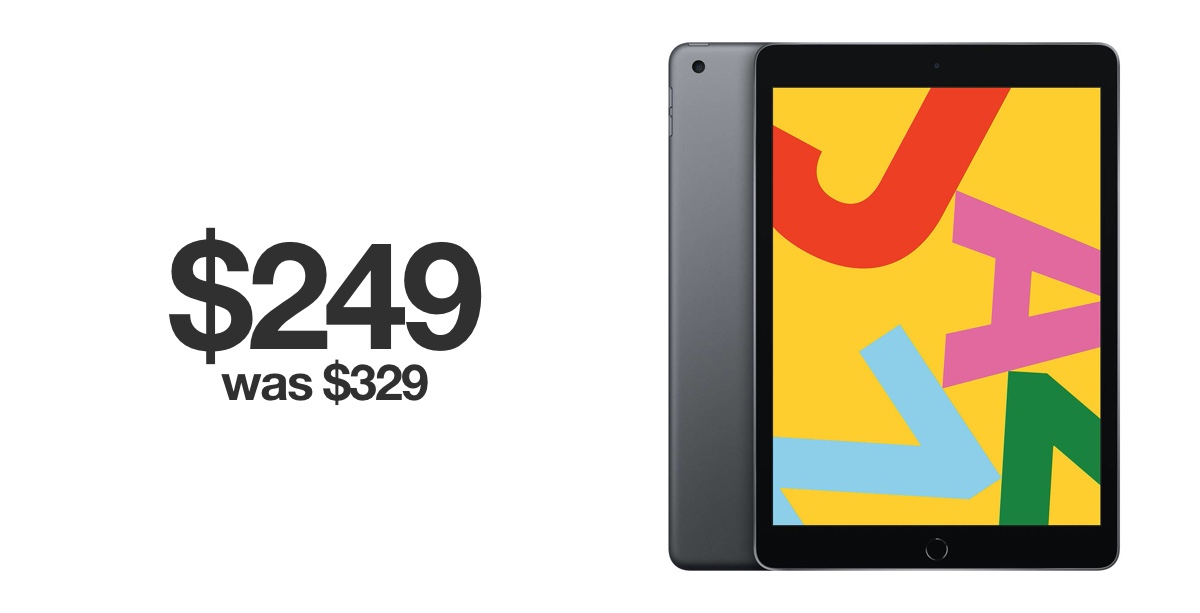 This deal keeps on coming and we can’t have enough of it. The $329 iPad 7 is currently just $249 right now for the Space Gray model with 32GB of storage and Wi-Fi.

The iPad 7 drops in and out of sale price so often that we should stop caring about it completely, right? Wrong. Given how capable the seventh-generation tablet from Apple is, every sale deserves to be highlighted properly. And right now, the tablet has dropped to a low price of just $249, and we absolutely love it. It’s a chance for everyone to grab the best value for money tablet in the market.

Here is a quick rundown of the specs:

The $249 deal tends to go away very soon, and it’s a golden chance for you to pick up the tablet at one of its lowest price ever. While Amazon does show the tablet to come back in stock in June, it’s a great idea to place your order in now in order to secure the discount at least.

Check out the following deals too before heading out: