Everyone's anxiously waiting for a new untethered jailbreak. Today Pod2g has confirmed that iOS 6.0, 6.1 untethered jailbreak is absolutely ready for release. He made this statement in an interview that was published earlier today. It has been long since a new jailbreak has been released to the public and this new one is definitely going to be received with overwhelming enthusiasm. 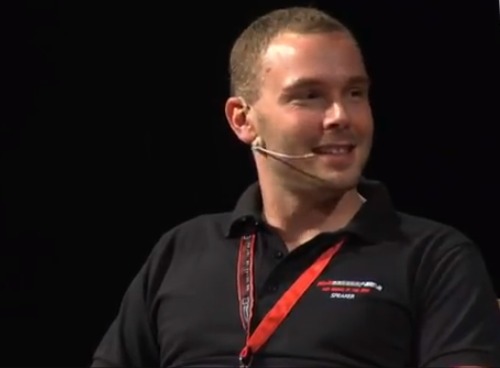 Now begins the waiting game. No iOS 6.0, 6.1 untethered jailbreak release will take place until and unless Apple releases iOS 6.1 to the public. Today Apple seeded a new beta of iOS 6.1 which means that a public release is not that far off. This new jailbreak is being held off at the moment because releasing it now would mean giving the exploit up to Apple in a silver tray, so that it can patch it.

Only in the last couple of weeks it was revealed that a lot of popular jailbreak developers are working together on iOS 6.0, 6.1 untethered jailbreak. There's Planetbeing, Pimskeks and Pod2g himself. They, along with MuscleNerd of iPhone Dev Team, have formed the Evad3rs Dev Team under which the new untethered jailbreak for all iOS 6.0 supporting devices will be released.

Pod2g greatly credits the work of Planetbeing and Pimskeks and mentions them multiple times throughout the interview. He has made it clear that the entire effort was done by both of them, while he merely joined in the end and expedited the process a little bit. We're sure he's being a little too modest, but this is what he had to say:

For your information and this is important to me that everybody knows about it also, this jailbreak will be @planetbeing and @pimskeks. I arrived at the end, gave ideas that pushed them to their maximum, I kinda unblocked the situation, but it would certainly have happened without me helping. Now I am helping as much as I can in terms of communication, websites, and also development, but I was not involved the same way as previous, focused on my work and all... Yes, in order @planetbeing, @pimskeks, then me.

In his interview with iDigitalTimes, Pod2g has made it clear that iOS 6.0, 6.1 untethered jailbreak is ready for release. They just have to wait for iOS 6.1 to come out so that the final checks can be made to ensure that the jailbreak is completely compatible with the new firmware. The best part about this particular iOS 6.0, 6.1 untethered jailbreak is that it will support all new devices such as the iPhone 5, iPad mini, iPad 4, iPod touch 5G as well as other devices.