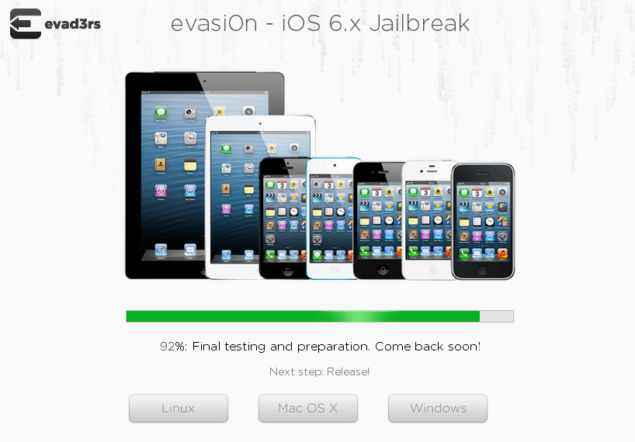 Announced moments ago on Twitter, the evasi0n jailbreak from the Evaders is going to be released tomorrow.

"Final count down toward tomorrow's release has begun!"

Planetbeing also posted on the matter:

"Yes, tomorrow is a concrete release date. It's also the only release date we've ever given. :P"

During the week there was a lot of speculation regarding the release of the jailbreak; many blogs spotted a "3" in the calendar on each device and concluded the utility would be released on Sunday, February 3rd. As shown above, this is the first time the team has given a release date and it will probably be released tomorrow, US time.

We will keep you up to date on the matter and let you know when the jailbreak is released. Look out for a full featured guide, right here on Wccftech.